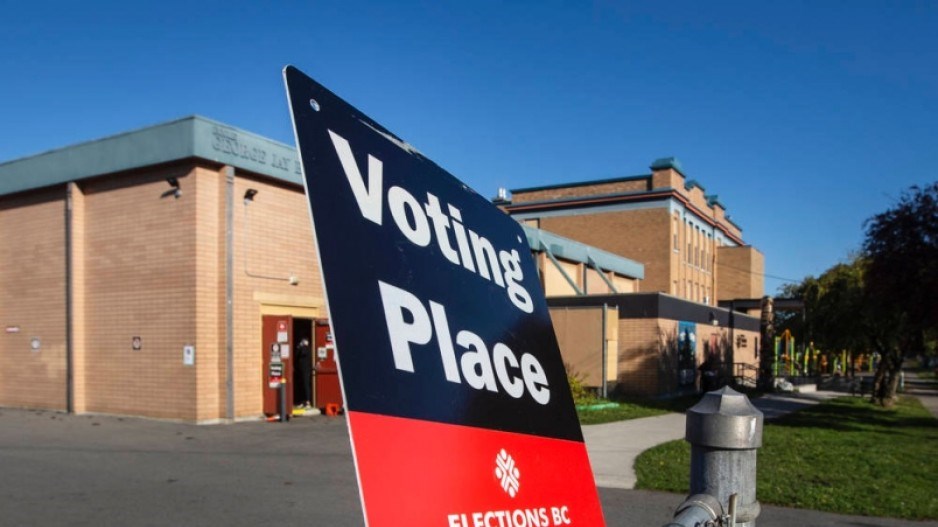 The BC NDP and BC Liberals are neck and neck in very early provincial elections results, with both parties tallying about 40% of the popular vote across the province.

The Green Party of B.C. has tallied about 13% of the popular vote.

And while a crisp, sunny Saturday (October 24) greeted voters casting ballots in person in southwestern B.C. up until 8 p.m., a surge in mail-in voting amid the pandemic may delay any definitive results in the weeks to come.

“But it's very likely that figure will be much less in this election because of the significant increase in mail-in ballots,” B.C. chief electoral officer Anton Boegman Friday.

It will take 13 days for mail-in voting packages to be processed and delivered from Canada Post’s central processing facility in Richmond to voters’ respective ridings, where the names on envelopes will be verified by elections officials before votes are counted by hand.

Elections BC said officials may need more than 13 days to begin counting mail-in ballots due to the 7,200% surge in requests for vote-by-mail packages compared with the 2017 election.

Officials hope the final count can be delivered by November 16 but they cannot guarantee that will be the case.

More than 1.2 million British Columbians voted in person in the 2017 provincial election but that figure is expected to drop significantly due to the increase in mail-in voting.

While roughly the same number of British Columbians are represented in each of the province’s 87 ridings, the number of vote-by-mail packages that have been sent out vary substantially depending on the region.

For example, about 800 mail-in voting packages were delivered in Peace River South compared with about 18,000 packages in Victoria-Beacon Hill.

If a candidate takes a commanding lead election night in a riding where only a few hundred vote-by-mail packages were delivered, mail-in ballots won’t sway the final results.

But if a candidate takes a similarly commanding lead election night in a riding where thousands upon thousands of constituents voted by mail, the final results will take weeks to determine.

If the latter scenario plays out in enough ridings, it may remain unclear well into November which party has secured enough ridings to form government.

Friday polling from Research Co. revealed 50% of decided voters intend to cast their ballots for the BC NDP, a two-point gain from two weeks earlier.

The BC Liberals trail by 15 percentage points with 35% among decided voters, while the Green Party of B.C. have the support of 13% of decided voters.

Which B.C. ridings are most likely to flip once all ballots are counted?
Oct 28, 2020 10:17 AM
Comments
We welcome your feedback and encourage you to share your thoughts. We ask that you be respectful of others and their points of view, refrain from personal attacks and stay on topic. To learn about our commenting policies and how we moderate, please read our Community Guidelines.