Will the Sea to Sky go Green? 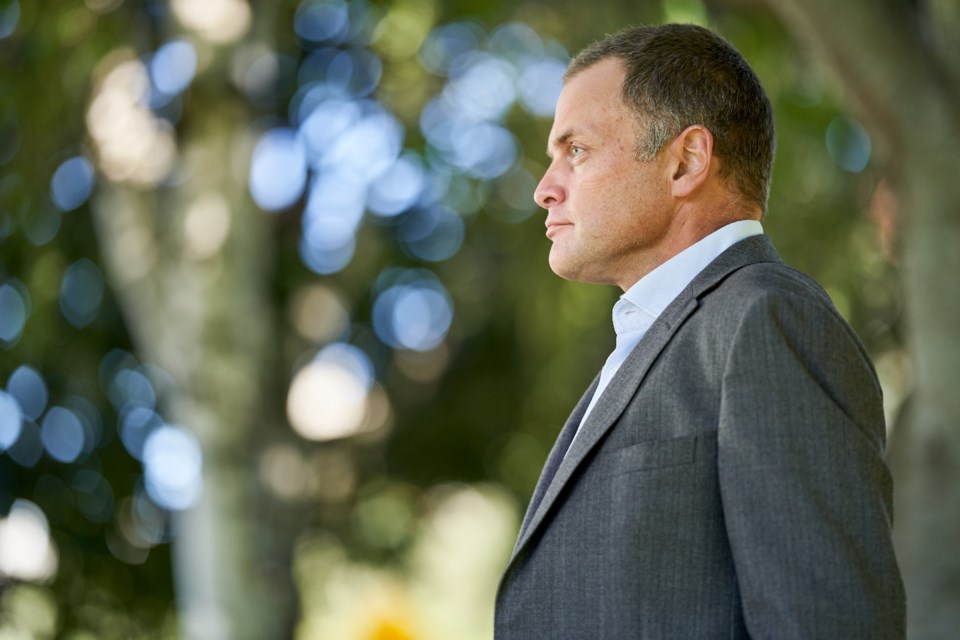 B.C.’s snap pandemic election has come and gone, with an NDP majority government in the cards—but voters in the Sea to Sky will have to wait a little longer to find out who will represent them in Victoria.

The Green Party’s Jeremy Valeriote, a Whistler resident, is projected to take the riding, with 7,019 votes (or 39.56 per cent) to incumbent Liberal Jordan Sturdy’s 6,415 (36.16 per cent)—but with 7,704 requested mail-in ballots yet to be counted, the results are far from final.

Three days after the vote, and with a couple of good nights’ sleep under his belt, Valeriote said he was feeling great about the campaign.

“I just feel like I left it all on the field, and I’m happy with the result so far, and ready to spend a bit of time with family while we wait for the rest of the ballots to be counted,” he said.

As for if his election night victory will hold, “there’s no way of knowing,” he added.

“So I’ll just wait until all the ballots are counted and we’ll go from there.”

Reached by phone on Tuesday, Sturdy said he was “certainly not ready to concede quite yet,” noting the large number of mail-in ballots requested, though he added there’s no way to tell how many were actually returned.

“I think generally speaking it’s unlikely that there’s going to be a change, but we might as well count all the votes.”

The Green turnout—the party’s best in the West Vancouver-Sea to Sky riding, long considered a BC Liberal stronghold—is a result of changing demographics and electoral boundaries, Sturdy said.

“If you are anti-resource development, if you’re anti-logging, or you’re anti-forestry, anti-mining, anti-energy, then you really did only have one choice … I understand and respect the fact that the demographic here has changed significantly, but I’m not going to go running chasing that. That’s not what I believe,” he said.

“I believe in sustainable resource development. I believe that Canada should be part of the provision of energy globally, because I think that we are an ethical producer, and I think that we should participate, and that we almost have an obligation to.

“There’s lots of people who completely disagree with that, and I respect that.”

Should Valeriote come away with the victory, he said his key priorities will include climate action, affordable housing, regional transit and economic recovery for small businesses.

On the climate front, he’ll take up the task of advocating for an end to oil and gas subsidies, and oppose the long-gestating Woodfibre LNG plant (which received a five-year extension to its environmental assessment certificate on Oct. 25).

“I heard very clearly that Woodfibre LNG doesn’t represent the predominant values of the people who live here, whether it’s on emissions as it relates to the climate crisis, [or] whether it’s on government taxpayer subsidies that could be used on other things like education and health,” Valeriote said, adding that people have been fighting the project for a long time.

“The reason why they need a five-year extension is because they haven’t been able to make it happen in the last five years,” he said. “So it’s an ongoing discussion, and it’s not a done deal.”

On the topic of regional transit, which stalled out after the government rejected a funding plan from corridor stakeholders last year, Valeriote said he would wait for the final election results before getting into specific strategies for getting it done.

“We can’t delay any longer. It needs to happen now,” he said. “So [it’s] just figuring out what tools we have, and what allies we need to engage, and what evidence we can bring to the table that will convince the government that this is the right thing to do.”

Asked about economic recovery for Whistler businesses, Valeriote pointed to the commercial rent subsidy and other ideas in the Green Party platform.

“I do believe that the Whistler and area small business tourism didn’t get the attention it should have with the previous government,” he said.

And while the province does have an Economic Recovery Task Force, “I think that action needs to be taken sooner,” Valeriote said.

“The tourism industry and local entrepreneurs and local small businesses are a key part of this new economy, and they need to be supported now.”

The NDP are projected to take 55 of B.C.’s 87 ridings, compared to 29 for the Liberals and three for the Green Party.

The NDP’s Keith Murdoch finished third in the riding, with 4,309 votes (24.29 per cent) after election night.

While it’s not the result he was hoping for, Murdoch said he was excited to see the NDP earn its first B.C. majority since 1996.

“This is my first time running in provincial politics, and it was really interesting,” Murdoch said, though he added he wished he could have done more face-to-face campaigning.

“I wish I could have engaged with people directly more, but the feedback I did get from the people I spoke to was all positive.

“There’s a lot of real challenges that folks are feeling … the NDP, in my view, is the only political party who will actually make life better for folks.”

Despite the personal election results, Murdoch, who has been leading a charge to unionize Whistler workers in recent years, isn’t about to give up his advocacy efforts.

“My advocacy work will continue to happen in Whistler, across the corridor, and across B.C., and I’m excited to continue to support workers.”

Though the final ballot count normally starts 13 days after election day and lasts for three days, Elections BC expects that timeline to be extended this year due to the large number of mail-in ballots.