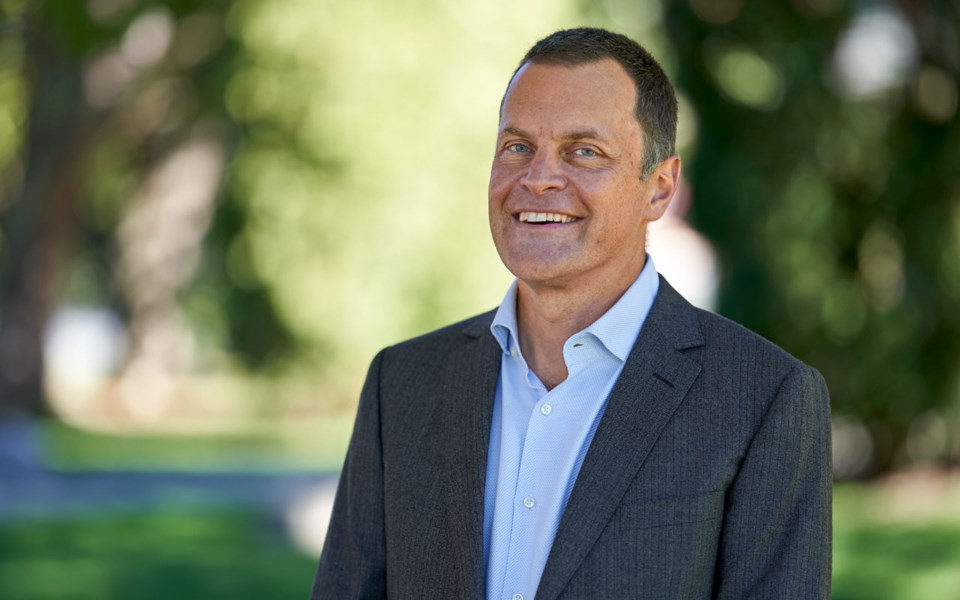 Jeremy Valeriote’s prime motivation for running for the Green Party in the upcoming provincial election comes from under his own roof.

In an Oct. 5 interview, Valeriote cited his six-year-old twin daughters as inspiration, as he hopes that their generation can avoid natural disasters or pandemics such as COVID-19.

“The questions that they ask about the world and the environment, garbage, waste, water and how things work is inspiring and I feel strongly that I want to do my best and work hard so they live in a world where they have their own kids and grandkids in a healthy environment,” he said.

As for why he’d be an effective representative for the region, Valeriote pointed to his background as a geological engineer. Valeriote has also worked in environmental consulting, giving him business experience.

His career to this point, he said, has been rooted in fact, whereas the province’s other parties draw on ideology and competition.

“As a professional engineer, I’m mostly interested in fact-based and evidence-based decision making, and collaboration can get there,” he said.

As well, Valeriote served four years as a councillor in Gibsons, from 2014 to 2018, before his family made the move to Whistler. That term gave him a “big-picture view” of how government operates.

“The council experience is very valuable in terms of understanding the structure of government, how decisions are made, who to talk to, how to make a persuasive case for the region or a particular project,” he said. “The council experience is also really valuable for finding a compromise, seeing the differing opinions, taking it all into account and being able to move a project ahead.”

Though Valeriote only moved to Whistler two years ago, he’s long been familiar with the area, visiting the Sea to Sky for activities such as ski touring and hiking. His family came to Whistler so his daughters could enjoy more organized recreational opportunities while Valeriote appreciates the entrepreneurial, innovative, “can-do” attitude and welcoming community.

In terms of issues affecting the riding, Valeriote said that the pandemic has brought into focus the scope of efforts that are required.

“Climate change is a challenge that needs to be looked at in a holistic systems view,” he said. “We can’t tinker around the edges. We’ve shown during COVID that even when we shut down our economy, it doesn’t make a huge difference in carbon emissions, so we need to rethink the way we do things. It’s an opportunity for a fully green recovery.

As for the region’s bounce back from the pandemic, tourism will be at the heart of it. Valeriote has not been impressed with the NDP’s moves so far, criticizing the speed at which the task force is working to get cash to businesses looking to survive in an industry that generates significant tax revenue.

“The NDP has given off a lacklustre response to tourism recovery. As an MLA, I would work to make sure that that gets to the forefront. It’s a huge economic generator for the province,” he said.

Valeriote sees several other issues in the region—housing, labour and childcare—as being interconnected under the overarching issue of affordability challenges.

“It’s a social fabric that eroded … under 16 years of the BC Liberals. The housing policies and funding need to come along in a way that respects people’s ability to make a living and have a good quality of life, that respects equality, allows for a living wage and brings in more childcare,” he said. “Housing issues are tied up with other issues, and they’re all affordability issues.

“To properly tackle them, we need to engage funding from all levels of government.”

On that note, he said it’s essential for government to support good working and living conditions, but there need to be other approaches while those efforts round into form.

“In the short term, we need to make sure that we’ve got everything in place to be able to recruit from within Canada,” he said. “People often talk of labour in terms of numbers, but these are real people really wanting to work and wanting to make a living, feed their families and enjoy their lives in a beautiful place to live.

“If you make some of those conditions right, it will naturally attract labour. Government has a big part to play in that in terms of a living wage minimum wage, worker protections and equality.”

As for childcare, Valeriote said it was one of the areas he felt Greens made the most progress working with the NDP’s minority government, adding that more details of the party’s position on childcare are set to be released soon.

“It’s a key to economic development, with people getting to work without spending a lot of their paycheque on a private vehicle. It absolutely should happen,” he said. “There needs to be a funding mechanism and there needs to be some compromise or some creative solutions.”

With new leader Sonia Furstenau in place, and a second-place showing in the riding in the 2017 provincial election, Valeriote is feeling confident entering the Oct. 24 polling day.

“It’s very realistic for this riding to go Green,” he said.

Wilkinson doesn’t concede election
Oct 24, 2020 11:33 PM
Comments
We welcome your feedback and encourage you to share your thoughts. We ask that you be respectful of others and their points of view, refrain from personal attacks and stay on topic. To learn about our commenting policies and how we moderate, please read our Community Guidelines.