Who will the unrepresented BC Green voter turn to? 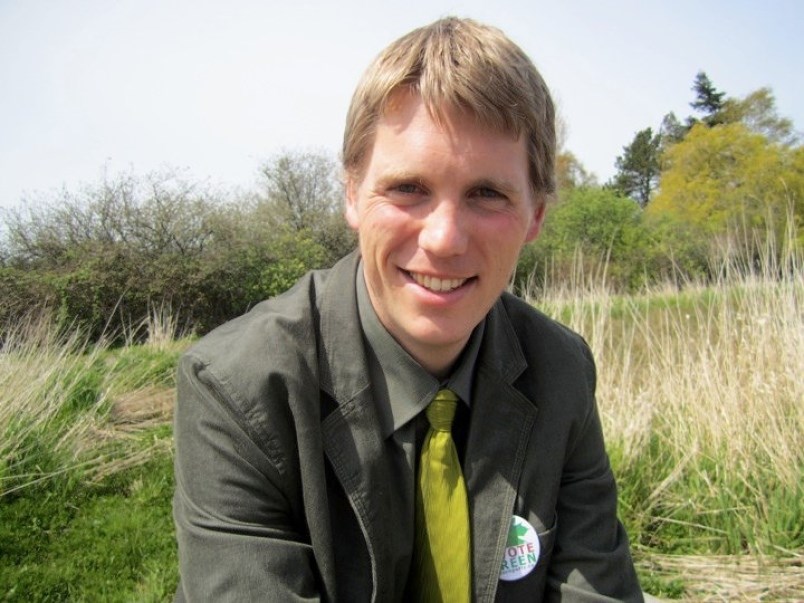 Typically a perennial candidate for any Green Party nomination in Richmond, Michael Wolfe stepped back from this provincial election, having been previously elected to city council in 2018. Wolfe says the BC Green Party’s failure to run two candidates in the city is indicative of not having time to organize due to the snap election call by the BC NDP. FILE PHOTO

The BC Green Party failed to nominate candidates in 13 of the province’s 87 ridings, leaving much speculation as to whom its supporters will turn to, if anyone, on October 24.

“That vote has got to go somewhere,” said pollster Mario Canseco, president of Research Co. and Business in Vancouver columnist.

“In a riding where you’re looking at 11% to 13% of voters from 2017, this is a big chunk. One out of 10 voters from the last time could make a big difference in the outcome,” said Canseco.

But, “It’s not going to be as simple as saying, ‘oh, well there’s no Green in my riding so I’m going to vote NDP,” he said, adding many Green supporters may also decline to vote.

“Looking into the idea of a young voter who is concerned about climate change and can’t find a Green candidate in the riding, it will be difficult for that person to come out and support someone else,” said Canseco.

“The Green voter is fundamentally distrustful of the major parties,” he said.

Of the 13 ridings without a Green candidate for the 42nd B.C. General Election, Green voters from 2017 are unlikely to make a difference in most of them, said Canseco. For instance, six northern ridings have no Green candidate, including Stikine and Skeena, which also didn’t have one in 2017. All six of them also saw overwhelming majorities for either of the main two parties — the BC Liberals and the BC NDP.

“Looking into the northern ridings, there is a lot of resource development and it’s difficult for them to really connect on the climate change front,” said Canseco.

But down south, it’s a different story, said Canseco, as the unrepresented Green voter could play a big role in determining the MLA.

Two other Surrey ridings without Greens appear safe for the NDP, given past voting patterns and overall polls indicating broad support for the NDP and its leader John Horgan: Surrey-Green Timbers and Surrey-Whalley, where NDP MLAs Rachna Singh and Bruce Ralston, respectively, garnered 58% of the popular vote last election.

Canseco said candidates and issues at the local level could help sway Green voters and have more of an impact than usual in these ridings.

“It’s not a given the Greens will go NDP,” said Canseco.

“We don’t have the environment ranked as high as we used to. Now you have healthcare, housing, the economy, jobs and fewer residents saying the environment is the number one issue facing the province,” said Canseco.

As such, a secondary issue — perhaps more local — may put some Greens in the Liberal camp.

“Surrey is an interesting case, because you could look at crime and public safety; you can look at what’s going to happen to the police force; you can look at the issues of education with difficulties they’ve had moving students out of portables. So now, as an environmentally conscious voter, what is my number two or three issue?” said Canseco.

Those issues are presently being played out early on the campaign trail, as Liberal leader Andrew Wilkinson announced Sunday he would pause the controversial police force transition and force a local referendum. The political manoeuvre caused the NDP, which has been overseeing the transition to date, to repudiate the concept of senior government intervention on the matter.

Meanwhile, in Richmond, two ridings long held by the Liberals could see the unrepresented 2017 Green voter make a decisive impact, should they choose to.

Richmond South Centre is one of two ridings with only a Liberal and New Democrat to choose from (the other being Maple Ridge-Pitt Meadows). Meanwhile, Richmond-Steveston has just one independent challenging the big parties.

In Steveston, former Liberal MLA John Yap retired from politics after winning in 2017 with 47.6% of the vote. The Greens took 13% of the vote then.

In the South riding, after winning seven elections over 20 years, Liberal MLA Linda Reid also retired this year. Reid dipped below 50% for the first time since 1991 and her riding saw 11% support for the Greens.

As such, the advantage of incumbency will play no role in either riding.

Canseco says party leadership changes may play a big role in 2020 with respect to unrepresented Green voters. The “polarizing” leadership of then Liberal Premier Christy Clark is gone, but NDP leader John Horgan has a new track record with the Greens.

Michael Wolfe, a Richmond city councillor and long-time Green member in the area said Greens may feel disaffected by the NDP, following the snap election, which ruined his party’s ability to pull together enough candidates.

“It was a strategy on the NDP’s behalf that worked. Even if we do get candidates in most ridings, it will be difficult to get to know them, whereas if we had the full term they would have been nominated earlier and involved in things,” said Wolfe.

So, Greens will either stay home or look to environmental issues, added Wolfe.

“I think many of them will actually stay home. I don’t think people will automatically transfer to another party,” said Wolfe.

But, added Wolfe, of the local issues pertaining to the environment, the NDP has the advantage, particularly as it concerns the replacement of the George Massey Tunnel.

“There will be some that will shift to single issues,” he said.

Meanwhile, in Maple Ridge-Pitt Meadows, a more traditional swing riding, it’s a Liberal-NDP showdown, as like Richmond South Centre. In 2017 New Democrat Lisa Beare swung the riding away from incumbent Liberal MLA Doug Bing, with 44.8% of the popular vote to Bing’s 38.8%. The Greens got 12.4% of the vote and Conservatives took 2.5%. Unlike in Richmond South Centre, Beare is returning as an incumbent candidate.

Here are the 13 ridings where the BC Green Party has no candidate:

Wilkinson doesn’t concede election
Oct 24, 2020 11:33 PM
Comments
We welcome your feedback and encourage you to share your thoughts. We ask that you be respectful of others and their points of view, refrain from personal attacks and stay on topic. To learn about our commenting policies and how we moderate, please read our Community Guidelines.