Quarantino 11—this is the end

Time passes slowly up here in the mountains. And life is easy in the bubble, with beauty and nature literally right outside our doors and a community of (mostly) likeminded souls to adventure with.
Jun 6, 2020 4:00 AM By: Feet Banks 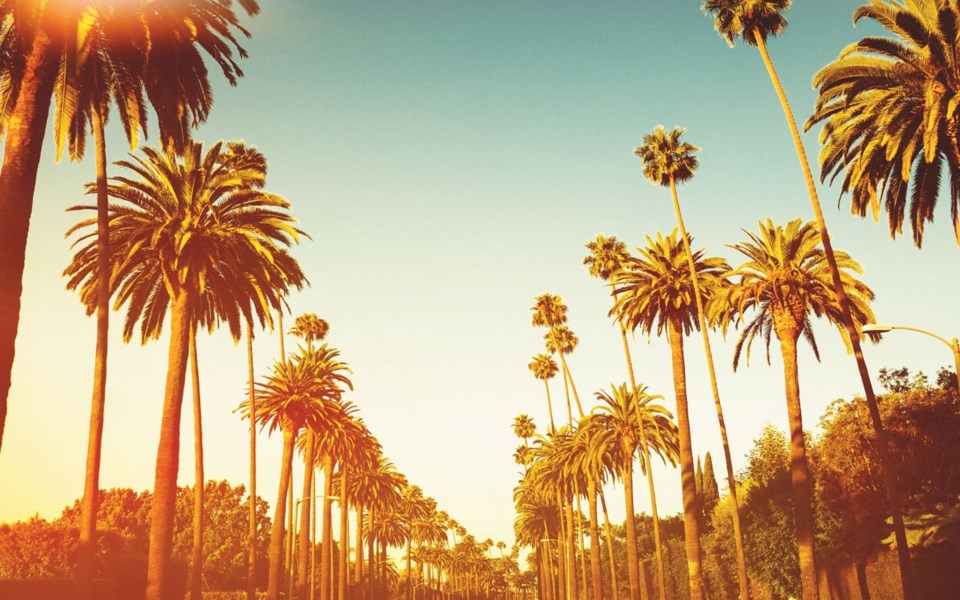 Once Upon a Time... in Hollywood is a love letter to L.A. www.gettyimages.ca

Time passes slowly up here in the mountains.

And life is easy in the bubble, with beauty and nature literally right outside our doors and a community of (mostly) likeminded souls to adventure with. Even in a pandemic lockdown the Sea to Sky is a paradise, so it can be easy to forget that Western civilization is built on a toxic patriarchal and racist foundation that has been screwing people over for centuries.

These are hard truths, especially because this stuff is so ingrained in our culture many of us don't even fully understand the problem. The mainstream media is also not much help—not just the "if it bleeds, it leads" credo of sensationalistic news reporting, but also in the entertainment we watch.

Kathryn VanArendonk recently penned a piece for Vulture about the sheer number of TV shows and movies with cops as protagonists, the good guys, and how prioritizing the victories and struggles of the police over those of the communities they are policing helps shape the way people see the world. "The overwhelming mountain of cop shows amounts to a decades-long cultural education in who deserves attention and whose perspective counts most," VanArendonk says. "TV teaches us that cops are the characters we should care about."

Which isn't to say there are no good cops or that their perspectives and stories aren't important (not to mention that it's an incredibly trying job that can turn good people sour) but the old lesson from Kindergarten still applies: "It only takes one bad apple to spoil it for the whole group" and if there is, as suggested, a code of silence within the force...well, who watches the watchmen?

Of course, Quentin Tarantino doesn't make movies about cops, quite the opposite in fact. And as we wind up almost three months of Quarantino, it's worth re-visiting the discussion on the role race plays in his films. Filmmaker Spike Lee (and others) have repeatedly criticized Tarantino for writing characters, white and black, that use the n-word, as well as for appropriating slavery and black history and simplifying it into a revenge fantasy spaghetti western in Django Unchained.

That style of historical revisionism has been common in the second half of Tarantino's career. And it might be his way of coping with some of the shame and horrors of Western civilization people are rising up against these days. When Quentin creates a world/movie where the slaves take control, or Hitler burns to death in a trap set by Jews, or the Manson murder plot fails, he wants people to remember the horrors of history, but understand we needn't be stuck repeating them.

Tarantino can't change what's happened, but he can show his audiences an alternative reality, perhaps in hopes that his version, where the victimized come out on top, will be the way things work out the next time.

The only racial commentary in 2019's Once Upon a Time... in Hollywood is that there are no visible minorities in the film at all (except for Bruce Lee; more on him later). This can be a commentary on the state of Hollywood in the late 1960s (or now) but for the most part, Tarantino's ninth film is both a love letter to a bygone cinematic era, as well as a character-driven musing on friendship, aging, celebrity, and the random chaos of violence.

Brad Pitt won an Academy Award for his role as stuntman/sidekick to Leo DiCaprio's has-been actor, but Leo turns in one of the best performances of his career too. Many have noted that Margot Robbie, playing actress Sharon Tate, is given a too-small, "eye-candy" role, but I found her character got deeper with each viewing. She's set up as a sort of unattainable ideal for the other characters in the film—a talent on the rise as opposed to the dwindling star of DiCaprio's Rick Dalton.

But the Bruce Lee portrayal was controversial. In his one speaking scene, Lee comes across as cocky and arrogant, but the whole scene is a self-glorifying flashback/memory of Pitt's character Cliff Booth, who is an unreliable narrator at best. That memory is not what really happened, and to drive this home Tarantino removes a dozen characters from the scene at one point, to show it's all in Booth's head. Watch it again, 12 people just disappear as Booth rewrites the story in his own head.

All in all, Once Upon a Time... is a love letter to L.A. (Quentin's hometown) and to the ghosts of cinema past. It's Tarantino at his most tranquil...until it isn't. And while the brutality that ends this movie is not for the faint of heart, it's that revisionist artist flex again. These are the people that killed Sharon Tate and her unborn child, Tarantino would argue they deserve this fate and we as an audience can go home knowing that, while we can't change mistakes from the past, we can certainly stop them from happening again in the future.