There are some new flicks starting to pop up on the streaming services, notably Capone , a haphazardly constructed biopic starring Tom Hardy ( Warrior , Venom ) as the infamous gangster in his later years, as memories and dementia (and syphilis) wash
May 22, 2020 7:00 AM By: Feet Banks 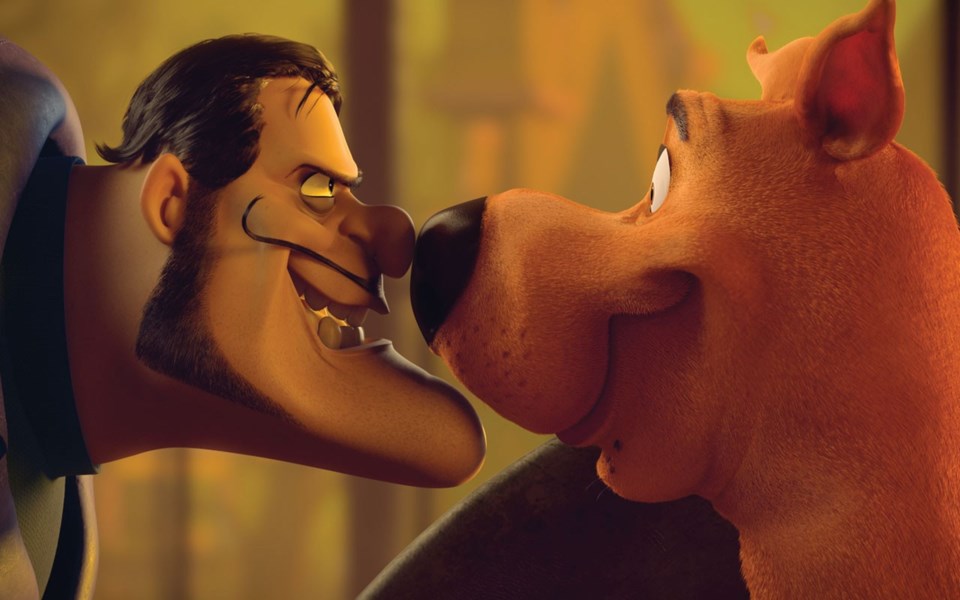 There are some new flicks starting to pop up on the streaming services, notably Capone, a haphazardly constructed biopic starring Tom Hardy (Warrior, Venom) as the infamous gangster in his later years, as memories and dementia (and syphilis) wash away his existence.

The flick itself is all over the place, and not in a good way, but Hardy goes all-in, aspiring to Nic Cage-like levels of scenery chewing. This one is worth a watch but not at $20 a rental. Especially not when you can watch The Irishman for free.

There's also SCOOB! a new animated Scooby-Doo flick that brings almost nothing new to the table other than a short origin-story scene about how the gang all met. Kids will be into it (kids are super easy to please) but the rest of us can take a hard pass.

A better option, if you need to scratch that cartoon itch, is to check out all three seasons of The Adventures of Tintin on Amazon Prime.

Made in the early '90s, the series faithfully adapts 21 of the classic Hergé books, including Tintin in Tibet, which is an interesting one because there is no real villain, just nature (and a yeti) doing its thing.

Otherwise, the province may be opening up but Quarantino continues here in the back row. This week, we're up to 2011 and Django Unchained, Quentin's take on the slave trade era of America's deep south.

Set in 1858, Jamie Foxx stars as Django, a freed slave who teams up with a German bounty hunter (Christoph Waltz) to find his wife, who is being held in a plantation owned by a Calvin Candie (Leonardo DiCaprio), a mean bastard with a penchant for watching his male slaves fight to the death for sport.

Needless to say, revenge plays a role and, after a brief pause during Inglourious Basterds, Tarantino re-ups the violence for this one and posts an impressive body count.

And rightly so. In a statement at the time, Quentin said he wanted to do movies that dealt with America's "horrible past with slavery" but he wanted to do it in a genre film rather than a standard dramatic format, drawing from the spaghetti western genre and lesser-known '70s flicks like Django, Mandingo, and The Great Silence.

Tarantino had dipped his toes into the styling of old Westerns before, but this is his first full kick at the can, and he boots it pretty good.

Not everyone was a fan, however. Filmmaker Spike Lee had already come at Tarantino for his liberal use of the n-word in previous films and, despite "historical context," called the film "disrespectful to my ancestors...American slavery was not a spaghetti western, it was a holocaust."

Others say his depiction of the horrors of slave life was anything but accurate.

The villains are villainous and the heroes heroic, and Quentin's depiction of the KKK as bumbling fools is classic (despite the fact that the Klan didn't really exist until the decade after this film takes place).

As usual, he can be accused of lacking subtlety but we know by now that Quentin does what he wants, critics be dammed. (And anyone who expects him to paint inside the lines of historical accuracy need only watch the last reel of Basterds.)

DiCaprio is especially strong as the faux-gentile plantation owner, (Don Johnson shows up, too!) while Tarantino himself takes a small role, butchering his way though an Australian accent before going out with a literal bang.

Like True Romance, Django Unchained is a love story at heart, with a few hundred extra litres of blood.