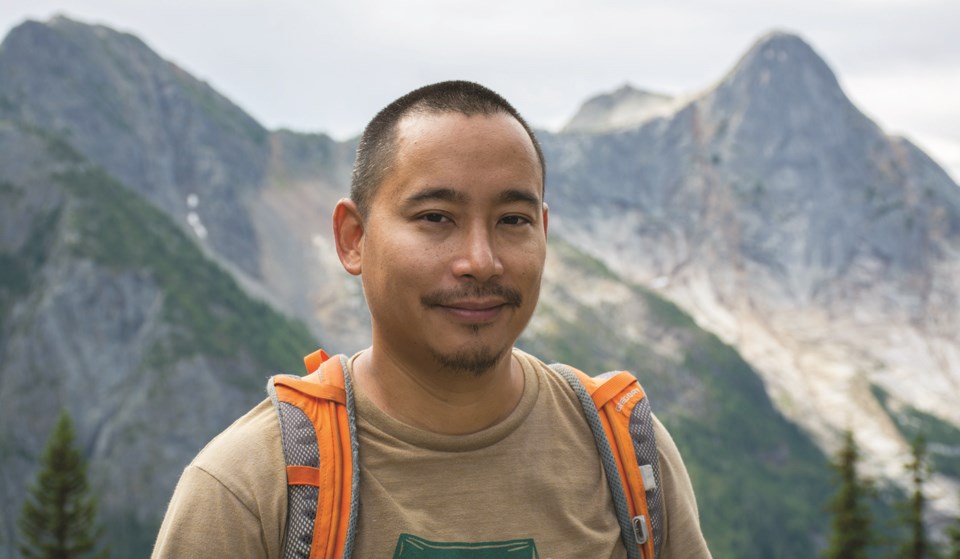 For his latest hiking guidebook, Destination Hikes In and Around Southwestern British Columbia, Stephen Hui decided to focus on both the journey and the destination.

“The angle is to introduce features that make a hike worthwhile,” he says. “I came up with, ‘Let’s look at waterfalls, big trees, swimming holes, mountain views, coast views, and historical and geological [features].”

In other words, each hike has an additional stop-of-interest added to it. That’s mirrored Hui’s own new approach to hiking. “I used to not swim that much in lakes,” he says. “But a few years ago, I got into it and now I can’t get enough of it.”

The 55 hikes featured in the book—spanning from Vancouver to Pemberton and Nanaimo to Manning Park—also include more detail and images than Hui’s last book, 105 Hikes in and Around Southwestern British Columbia, released in 2018. Hui aimed to include a range of hikes, from easy to hard and popular to lesser known.

“I tried to be even clearer with the writing,” he says. “The photos are better too. The selections I was able to get are much better.”

The book also includes 10 new hikes in and around Whistler and Pemberton. Hui’s top pick for Pemberton is the Blowdown Pass area. “Blowndown Lake, I love swimming in that lake so much. That might have been my favourite place to swim in the research of that book,” he says.

Closer to Whistler, he has a soft spot for a tried-and-true favourite. “I really like Helm Lake as well,” he says. “A lot of people know that one in Garibaldi Park, but it’s a backdoor to Black Tusk and it’s less crowded than Rubble Creek. It’s pretty special … Also, one of my first backpacking trips ever was to Garibaldi. We went in the Helm Creek way. That place is special to me.”

Hui penned much of the book pre-pandemic. While he included plenty of conservation concerns, safety tips, and trail etiquette throughout, that was largely responding to the already increasing number of people heading into the backcountry.

“Guidebooks are an important conduit for passing on that information for new hikers. They aren’t getting that bit of outdoor knowledge passed on to them. I read guidebooks when I was young and part of it was trying to weave that [information] in,” he says.

Meanwhile, while the Sea to Sky gears up for another busy summer on trails, Hui has a wise piece of advice: you might have to put a little more effort in, but there’s always a quiet trail somewhere.

“When there’s a super busy hike, a valley or two over, there’s going to be a quieter hike,” he says. “Yes, we’re seeing those quieter hikes getting busier. But you can still find quieter trails if you’re looking. And if you look at any guidebook like both of mine, there are hikes with lots of people, but also hikes that are quiet. The past year I had lots of quiet hiking.”

Destination Hikes is available in Whistler at Armchair Books or in Squamish at Escape Route and Valhalla Pure Outfitters. For more, visit 105hikes.com/destinationhikes.