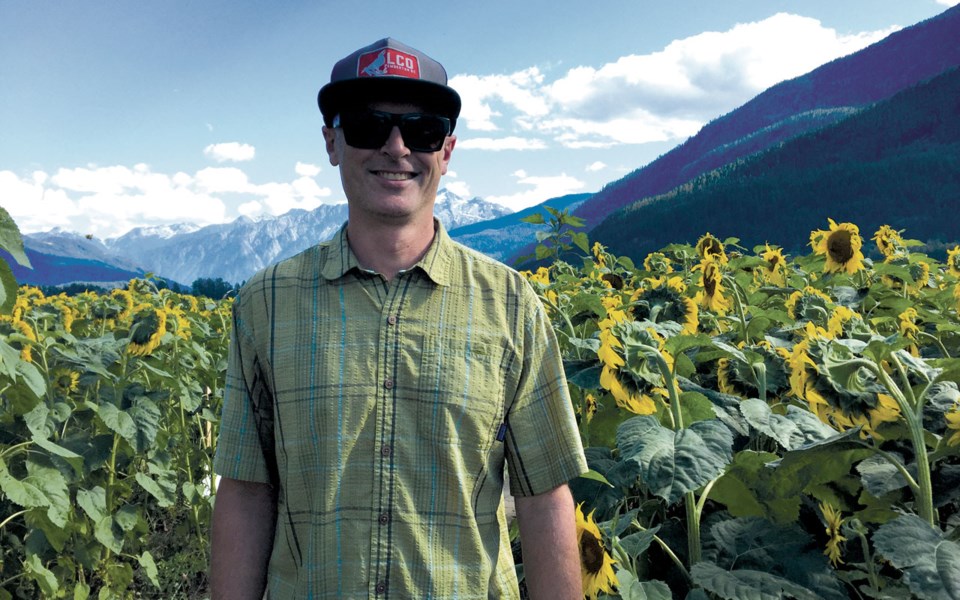 When Ian Kruger found out he was set to be honoured by West Vancouver-Sunshine Coast-Sea to Sky Country MP Patrick Weiler, he was appreciative but admittedly a little overwhelmed in the moment to truly soak it in.

The Pemberton Off-Road Cycling Association (PORCA) president and local nurse was one of 12 individuals, as well as one organization, that were recognized as part of Weiler’s Unsung Champions Awards last month.

“I was pretty surprised. It was not something that I knew I’d been nominated for,” Kruger told Pique.

Kruger was unable to attend a virtual reception for honourees, including West Vancouver resident and Whistler Mountain Ski Club member Bear Yeung, who launched a fundraising campaign for a family injured in a multi-vehicle accident on the Sea to Sky on the Labour Day weekend. He has, however, received a certificate from Weiler’s office to mark the occasion.

On its Facebook page, PORCA recounted Kruger’s contributions to the sport locally.
“He has given years of volunteer service to Pemberton through trail maintenance, creating events like the Pemberton Enduro and PNAR [Pemberton Numerical Assessment of Radness] as well as being a respected voice in the mountain biking community,” the post reads. “It is through Ian’s leadership, vision and guidance that PORCA has been able to grow and attract like minded passionate community members that believe in giving back and serving others.”

Having worked at the Pemberton Health Centre for a dozen years while also balancing PORCA commitments since founding the group in 2016, Kruger has a handle on making everything work, in no small part thanks to those around him.

Kruger considers himself just one of a large pool of volunteers in Pemberton and credits role models like the late Shirley Henry and Jan Naylor for laying the groundwork for giving back in town.

Kruger added that hiring Bree Thorlakson as executive director has been “a real godsend” and has helped take some of the responsibilities off his plate.

With a major part of PORCA’s outreach coming in the form of events, the pandemic has thrown a curveball, but Kruger credited Thorlakson for adapting to the new realities.

“She’s done a great job of figuring out opportunities that we can do during the pandemic,” he said. “We’ve been really fortunate that we’ve been able to continue to run our Women’s Bike Club night. We were lucky that we were able to do a choose-your-own adventure event. And Bree did a great job putting together a Halloween event for kids that was socially distanced.”

Looking ahead to 2021, Kruger acknowledges that with the coronavirus situation dragging on, it could be a tougher summer for PORCA than it was even last year.

“We went in with a bunch of stoke and a bunch of members,” he said. “It’s tougher this year to generate the stoke and the membership.

“We had some good momentum going into 2020 and the pandemic has cut a lot of that momentum.”

At the health centre, where he works as an emergency room nurse, Kruger said there have been new hurdles along the way throughout the pandemic.

“It’s been a challenge for our team because we are seeing more volume through the [emergency room] just because of understandable barriers or challenges for people to get in to see their primary care physician,” he said. “There’s that extra volume and then there’s the added stress of PPE [personal protective equipment], people who are potentially COVID-positive.

“It’s the little things that add up.”

Weiler said in a statement that he created the Unsung Champions program to honour volunteers in the constituency who are giving back during the health crisis.

“We opened up submissions in August 2020 with the criteria that the individual or group nominated deserved recognition for their volunteer contributions to the community or country, or as front-line workers and volunteers during the COVID-19 pandemic,” the statement read.

Weiler added that there will be another intake of nominations later this year, with winners recognized next January.