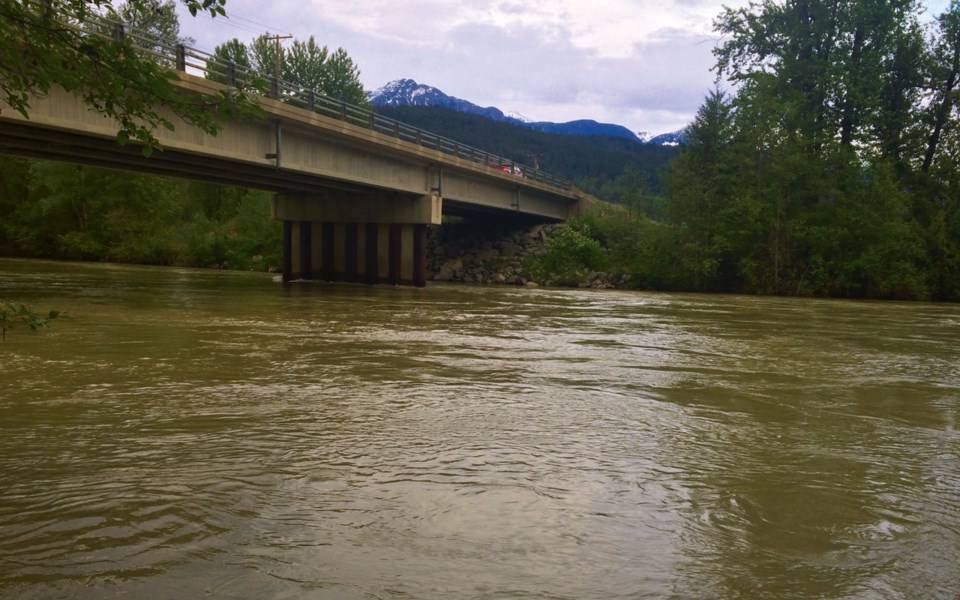 The provincial government announced on Feb. 12 that six communities in the southwestern portion of the province would receive Community Emergency Preparedness Fund (CEPF) cash. Three of those communities fall in the PVDD realm, so the organization will be handling those flood-mitigation projects. Improvement districts such as the PVDD are unable to apply directly for government funding and must request that local governments do so on its behalf. In all, more than $2 million in funding is coming to the valley.

“This program illustrates collaboration at its best,” Minister of Public Safety and Solicitor General Mike Farnworth said in a release. “The benefit of a funding program like this one is that it directly responds to the needs communities identify as important to mitigating flood risk. Through this program, we can better work with local and regional governments to protect public safety through important local projects.”

Projects that were approved in the area were: $750,000 for Phase 2 of Lil’wat Nation’s Pole Yard Dike Upgrade; $614,847 for the Village of Pemberton’s (VOP) North Arm outlet replacement, Riverlands culvert gate replacement, and hydrometric gauge installation on the Green River and Miller Creek; and $720,000 for the Squamish Lillooet Regional District’s Lillooet River sediment removal and mass-flow monitoring system for discharge from Mount Cayley into the Squamish River.

All projects except for the Mount Cayley discharge and the Pole Yard Dike, which is owned and managed by Lil'wat Nation, fall under the PVDD. PVDD operations and maintenance manager Kevin Clark noted that $650,000 of the SLRD funding will be allocated to sediment removal.

The Pemberton Valley Emergency Management Committee (PVEMC), made up of the three local governments and the PVDD, decided on priorities to pursue. Clark said all projects submitted were funded.

“It means that the PVEMC put together high-quality funding applications and the province is at least acknowledging that we have flood risk and we need to do something about it,” Clark said.

Clark had identified several of the projects as necessary during a presentation to Pemberton’s Committee of the Whole in September. The presentation followed a flood mitigation planning funding report prepared in June by Northwest Hydraulic Consultants.

The timeline for the projects varies, however. The Lillooet River sediment removal requires an environmental permit, which Clark anticipates receiving in the weeks to come, meaning work could begin as early as next month. As well, the hydrometric gauges will be installed this spring. However, some initiatives will require a few separate approvals and won’t get underway until next year. The Riverlands gate and North Arm Channel outlet will be completed in the 2022 fish window in August and September of that year.

The VOP wasn’t keen to rest on its laurels, though, electing to apply for funding for the Union of British Columbia Municipalities’ Community Emergency Preparedness Fund’s flood risk assessment, mapping and mitigation funding stream at its regular council meeting on Feb. 16.

Council opted to pursue $120,000 in funding for flood mitigation efforts in the Lillooet River floodplain, though efforts will not be limited to the river itself.

In emergency program coordinator Sarah Toews’ report, she notes that Lil’wat Nation is also expected to apply for an additional $120,000 to fund the $240,000 efforts. The PVDD will contribute in-kind work should the money, which can cover up to 100 per cent of a project’s cost, come through.

The project will look at dike upgrades as well as new construction, including set-back diking. Chief administrative officer Nikki Gilmore said one possibility is ring dikes, “which would protect the most highly densely populated areas and ones that may not have sufficient infrastructure.” She added that transportation infrastructure will also be part of the consideration.

The project would address concerns raised in the 2018 Lillooet River Floodplain Mapping Report and further fulfill the subsequent flood-mitigation plan.

In response to an inquiry from Councillor Amica Antonelli regarding seeking funding to put projects in place, Gilmore said: “We need to develop the plan before we can do the doing ... We’ve already achieved grant funding where we had a plan already in place, and now we’re refining some of the elements that Northwest Hydraulics has identified as high-level goals.

“Now, we’re just getting down into the specifics so we can make further grant applications.”