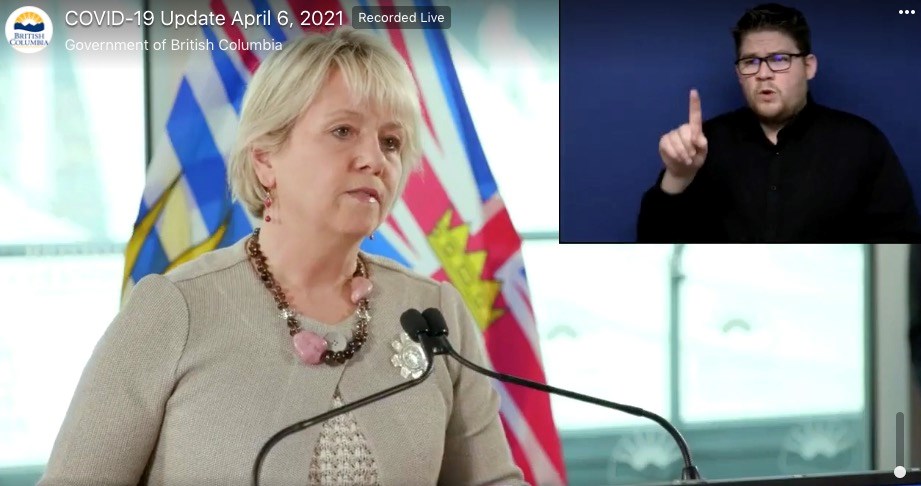 Whistler’s recent COVID-19 outbreak of the P1 variant had several chains of transmission and was likely due to multiple visitors, said Provincial Health Officer Dr. Bonnie Henry during her briefing today, April 6.

“We were doing a lot of testing and there was a lot of transmission happening in young people and people who were visitors as well. And it is likely that visitors from other parts of Canada initially introduced that strain, but then it started to circulate  … between workers, visitors, and, from there, spread to other parts of the province.”

Health officials estimate that the P1 variant circulation peaked the week of March 22, and suspect most of those cases have been identified to help stop transmission, but with a 14-day incubation period, that still remains to be seen.

In total, there have been about 197 cases of the P1. variant in Whistler alone, in comparison to 1,120 cases recorded in the resort in 2021, though that number hasn’t been updated since March 30.