LIFTing the Community pairs artists and local community groups to tap into a sense of belonging
Feb 16, 2021 7:18 PM By: Alyssa Noel 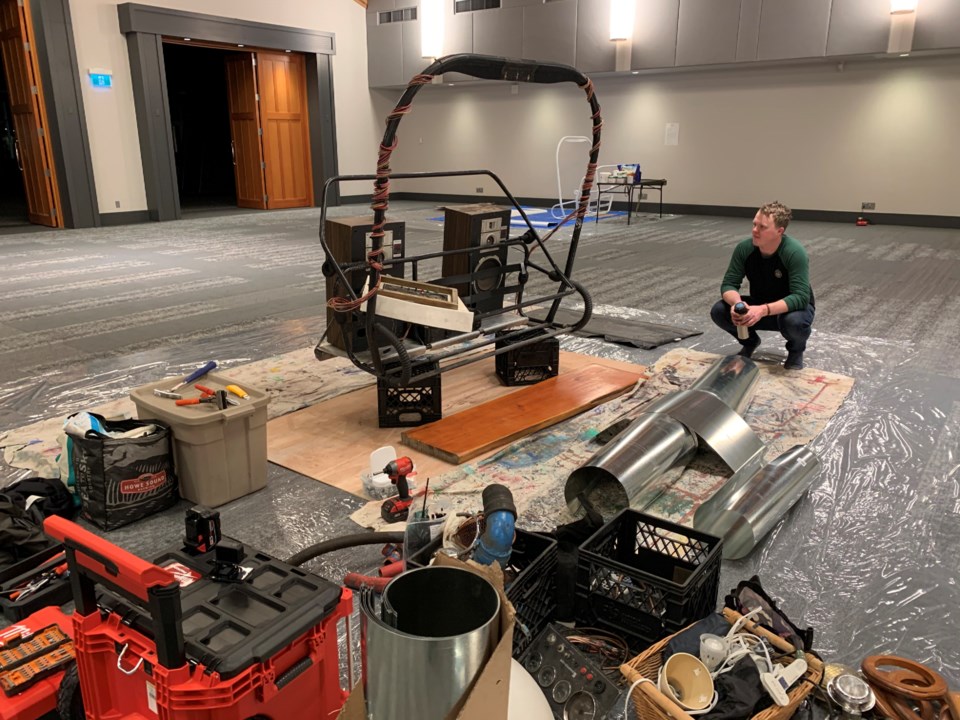 Retired Catskinner ski lift chairs are ready for local artists to turn them into art at The Whistler Conference Centre. Photo submitted

Only in Whistler is a retired ski lift chair envisioned as a blank canvas.

A new arts initiative—launched by Arts Whistler with funding from Vail Resort’s Epic Promise fund and in partnership with Tourism Whistler and the Whistler Blackcomb Foundation—called LIFTing the Community will see local artists transform 15 retired Catskinner chairs into works of art. They’ve also been paired with 15 local community groups that will ultimately benefit when the chairs are auctioned off in August.

The chairs, meanwhile, will reflect that theme.

Selected artists will be at work in the Whistler Conference Centre over the next several weeks. Initially, the hope was the public could drop in to see live art in action, but given current public health orders, Arts Whistler is working on capturing it on video instead.

Through February and March artists will share video updates, but stay tuned for May through August, when the story behind each chair will be shared in weekly updates.

You will be able to see the chairs in person throughout the village this summer before they’re auctioned off for charity in August.

The artists and groups include: