Cheakamus Community Forest board announces it will defer old-growth logging for 2021
Jun 11, 2021 2:29 PM By: Brandon Barrett 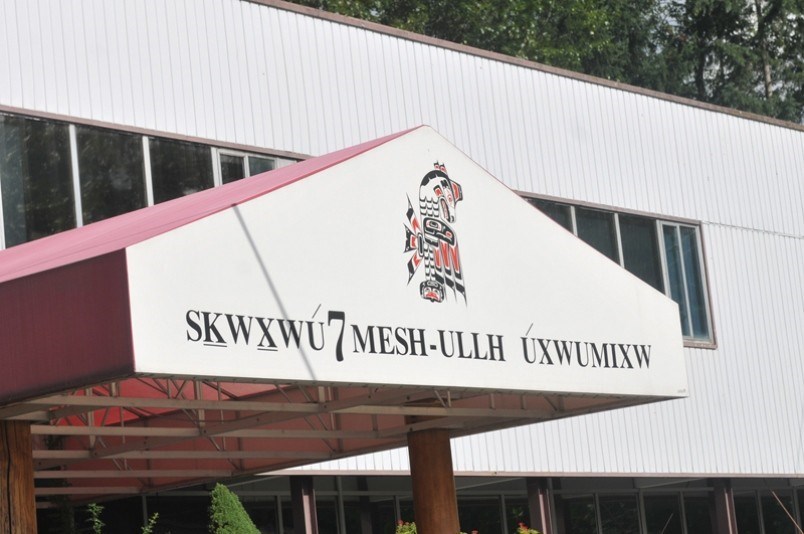 The Squamish Nation is calling for a two-year deferral of old-growth logging on its 690,000-hectare territory. File photo / North Shore News

UPDATE: A few hours after this story was published, the Cheakamus Community Forest board formally announced it had passed a motion yesterday to defer commercial old-growth logging for 2021 "and resolves to work together on finding consensus on old growth management in the CCF through a process of ongoing dialogue between the partners." Read the original article below.

The Squamish Nation is calling for a two-year deferral of old-growth logging on its territory—which would include the Cheakamaus Community Forest (CCF) in Whistler.

On Thursday, June 10, the Nation formally gave notice to the province to defer the harvest of old-growth forest on its roughly 690,000-hectare territory “while the Nation develops long-term sustainability plans,” a release said. “[Seventy-eight-thousand] hectares of the Nation’s old-growth forest are at risk unless the Province immediately halts new clear cuts. These forests belong to the Squamish People and were never ceded.”

The Nation said 56 per cent of the old-growth forest on its territory is currently unprotected and its calls for deferral “aligns with Minister of Forests, Lands, Natural Resource Operations and Rural Development Katrine Conroy’s comment that ‘The first step is putting Indigenous peoples at the centre of land management in their respective territories.’”

At least 20 cut blocks within Squamish Nation territory are slated for old-growth logging at some point in the next five years, the Nation said, “all within 150 km of Vancouver, and house intact ecosystems which have regenerated naturally under Squamish Nation stewardship since time immemorial.” Both the province and forestry industry have been advised by the Nation that they do not want any additional cut blocks in old forest to be proposed in future harvest plans.

The Nation has committed to reviewing and updating the Xay Temixw Land Use Plan this year that will consider “legislative and case law changes to recognize Indigenous title and rights.,” the release stated. “The Squamish Nation stands ready to provide direction to the Province about the sustainable management of lands, waters, and forests that rightfully belong to the title holders, the Squamish People.”

The Nation is also calling out the province for what it sees as a failure to “take immediate steps to implement the urgent recommendations” that came out of last year’s Old Growth Strategic Review, which lobbied for an overhaul of B.C.’s forest management system.

“Old-growth trees would not be falling, and everyone would have more certainty, if the Province had put immediate deferrals on all at-risk old-growth as per recommendation six of the Old Growth Strategic Review,” said Squamish Nation Councillor Khelsilem in the release.

The Squamish Nation is one of three partners managing the Cheakamus Community Forest, along with the Lil’wat Nation and the Resort Municipality of Whistler. CCF manager Simon Murray told Pique that the community forest board would be making a decision this week on the future of old-growth logging, but at press time, no formal announcement had been made. (Pique reached out to the Lil’wat Nation this week with a list of questions but did not hear back by press time.)

If the CCF board does decide to transition away from old-growth logging—which looks increasingly likely given the forest sits within Squamish Nation territory—it would bring with it several economic hurdles to overcome. With a current annual allowable cut of 20,000 cubic metres, foresters have struggled to find enough commercially harvestable trees given the long history of clear-cutting in Whistler Valley throughout the 20th century.

So Murray has floated two ideas, both of which would require buy-in from the board and the province: reducing the CCF’s annual allowable cut to $15,000 m3, and lowering the minimum age limit of harvestable second-growth trees through the CCF’s carbon credit program from 70 to 50 years.

Since 2015, the CCF has had an agreement in place with Victoria to sell carbon offsets, independently verified credits for net greenhouse gas reductions that are used to compensate for the emissions of the buyer. Bringing in an average of around $100,000 a year, Murray said, the CCF is only permitted to sequester carbon from trees that are between 70 and 250 years old.

“Lots of logging happened in the 1960s, ‘70s, ‘80s and ‘90s that has left us with lots of young forest, but the middle aged, 70- to 100-year-old forest, we just don’t have any,” Murray said, estimating that around 10 per cent of the remaining trees in the CCF would qualify for the carbon credit program.

But continually harvesting young, second-growth forest would bring its own ecological challenges.

“You end up basically eating into your future old growth,” said Association of Whistler Area Residents for the Environment director Claire Ruddy, in an interview earlier this week.

“Those 50-, 70-, 90-year-old trees, they’re planted trees. So they were planted to have maximum value from a forestry perspective, and those forests are not made up of the same species that the forest would originally and naturally be.”

Without old growth to retain moisture and help regulate a forest’s climate, the risk of wildfire goes up as well, Ruddy explained.

“The young second growth has lots of ladder fuel, it has crown at all the same height, and it’s the easiest stuff for fire to spread in, and at pace. We don’t want to just be recreating these conditions again in 50 years,” she said.

The CCF does have plans to log old growth this summer for the first time in three years, but whether the project will go ahead hinges on the board’s looming decision. As they stand, plans are to harvest 11,440 m3 of hemlock, balsam and yellow cedar over a 17.4-hectare area of Callaghan Creek, starting in July.

Pick up next week’s edition of Pique for more on this story.