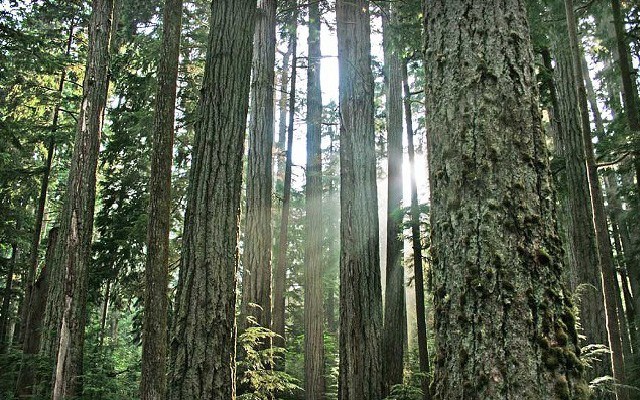 After a lengthy process of agreements and review, the Cheakamus Community Forest (CCF) will soon be able to sell its carbon offsets.

On April 28, the Province of British Columbia and the CCF announced the signing of an Atmospheric Benefits Sharing Agreement that enables the creation and sale of carbon offsets.

The agreement is the culmination of years of work, said CCF chair Jeff Fisher.

"There are multiple stages and agreements throughout," Fisher said.

"You have to prove that your forest management is leaving trees standing, or growing more trees in addition to what would be required under the normal forest management laws of British Columbia, (and) you have to get a timber supply review completed that shows that.

Put simply, this latest agreement is an agreement to allow the CCF to sell carbon credits, Fisher said.

A carbon offset is a credit for greenhouse gas (GHG) reductions achieved by one party that can be used to compensate, or offset, the emissions of another party.

The sale of carbon offsets became possible because of the CCF's Ecosystem-Based Management (EBM) Plan, which employs techniques like harvest rotations, reduced harvest volumes and protection of old-growth forests and wildlife habitats.

Under the EBM, the annual allowable cut of the CCF was set at 21,000 cubic metres per year as opposed to the industry standard 41,170 cubic metres.

The Resort Municipality of Whistler (RMOW) has purchased carbon offsets from other parties in the past to balance its own carbon emissions, said Mayor Nancy Wilhelm-Morden.

"The RMOW has offset its annual carbon footprint historically by purchasing carbon offsets elsewhere. Now we can purchase our carbon credits here at home," she said, adding that despite being able to purchase the credits, the RMOW is still working to reduce its emissions.

"We're not just being slovenly and buying carbon credits, that's not the way it works. We're still actually working to reduce our footprint."

According to the RMOW's website, the main source of GHG emissions in the community in 2013 was passenger vehicles (58 per cent) followed by commercial natural gas (24 per cent) and residential natural gas (nine per cent).

Wilhelm-Morden said the RMOW is working internally to reduce its carbon footprint, "but the biggest challenge is external to the municipal hall and that's with the transportation emissions from residents and guests," she said.

"That's a challenge and requires things like further education, like promotion of transit use and other modes of transportation."

While the fluctuating price of carbon makes it difficult to predict with certainty, Fisher said it's possible the sale of carbon offsets could contribute anywhere from $50,000 to $100,000 to the CCF.

The money would be used for the maintenance and construction of campsites, trails and roads, he said.

"There's annual rent, there's roads that have to be maintained, but we envision using it to improve all aspects of the forests," he said.

"Trails, recreation, those kinds of experiences are where we believe we're going to end up spending it."