Individuals will have option to receive either second AstraZeneca dose or mRNA vaccine
Jun 10, 2021 12:30 PM By: Brandon Barrett 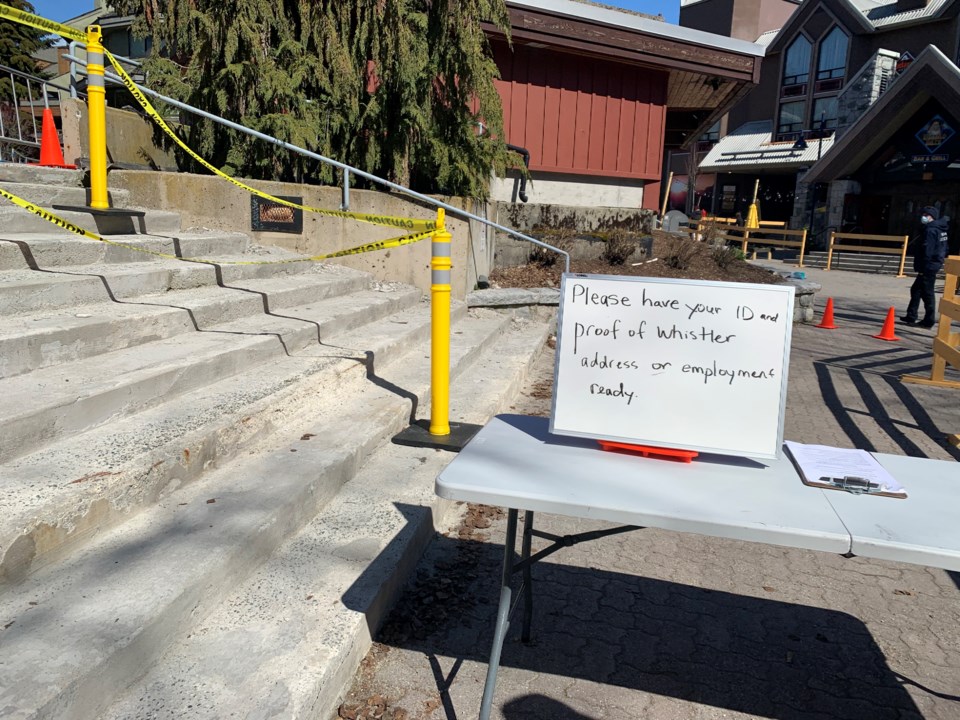 Whistler workers who received a dose of AstraZeneca vaccine in March will have the option to either receive a second dose of the same vaccine or an mRNA vaccine. Photo submitted

Vancouver Coastal Health (VCH) has offered more details on the process to obtain a second dose of COVID-19 vaccine for Whistler workers who have received their first shot of the AstraZeneca/COVISHIELD vaccine.

The majority of British Columbians who have received a dose of AstraZeneca were booked through their pharmacy, but for the Whistler workers who were part of  pop-up immunization clinic in March that received the AstraZeneca/COVISHIELD vaccine, they will be invited to book their next dose through the Get Vaccinated provincial registration system at gov.bc.ca/getvaccinated.

Those workers will have the option to either receive a second dose of Astrazeneca or the Pfizer or Moderna messenger RNA (mRNA) vaccine.

Last week the National Advisory Committee on Immunization (NACI) updated its recommendations on mixing and matching vaccines, and while health officials say it would be ideal for people to get the same product for both their shots, they insist that getting a second dose of a different vaccine is safe.

In a briefing this week, deputy provincial health officer Dr. Reka Gustafson said the new NACI recommendations offer more flexibility amid the supply constraints in light of concerns some British Columbians have about rare blood clots linked to the AstraZeneca vaccine.

“We certainly wouldn’t want anyone not to get a second dose of vaccine because of that concern,” she said, adding the province would recommend an AstraZeneca recipient to not get a jab with the same product if they were one of the few people to develop the rare blood clot.

There have been three cases reported in B.C. since the AstraZeneca vaccine was deployed in the province in April.

Canada is facing supply issues with AstraZeneca, which is a viral vector vaccine, while mRNA vaccines like Pfizer and Moderna have made up a far more significant portion of the country’s supply.

“I would say that vaccine supplies are actually being managed quite carefully,” Gustafson said when asked about the possibility some AstraZeneca doses may go unused if recipients opt to receive one of the mRNA vaccines.

To date, 3,321,549 British Columbians—or 72 per cent of the eligible population 12 and older—have received at least one dose of a COVID-19 vaccine. Another 314,246 people have received two doses.

At press time, 91.5 per cent of Whistlerites aged 12 and up have received at least one dose of vaccine, which would give it the highest immunization rate of any community in the province, VCH confirmed.

Planning is now underway for additional second-dose clinics in Whistler in the coming weeks, VCH said.

April’s mass vaccination of eligible Whistlerites seems to be having its intended effect, with only three new cases of COVID-19 recorded between May 30 and June 5 for the entire Howe Sound health region, which includes the resort, Pemberton, Squamish, Lions Bay and parts of the southern Stl’atl’mx Nation. That’s down from five cases recorded the week prior.

-With files from Tyler Orton, Business in Vancouver