Vital Café looks back at challenges of pandemic parenting

Panel shares experiences of navigating different facets of life over the last year
Jun 1, 2021 8:00 AM By: Alyssa Noel 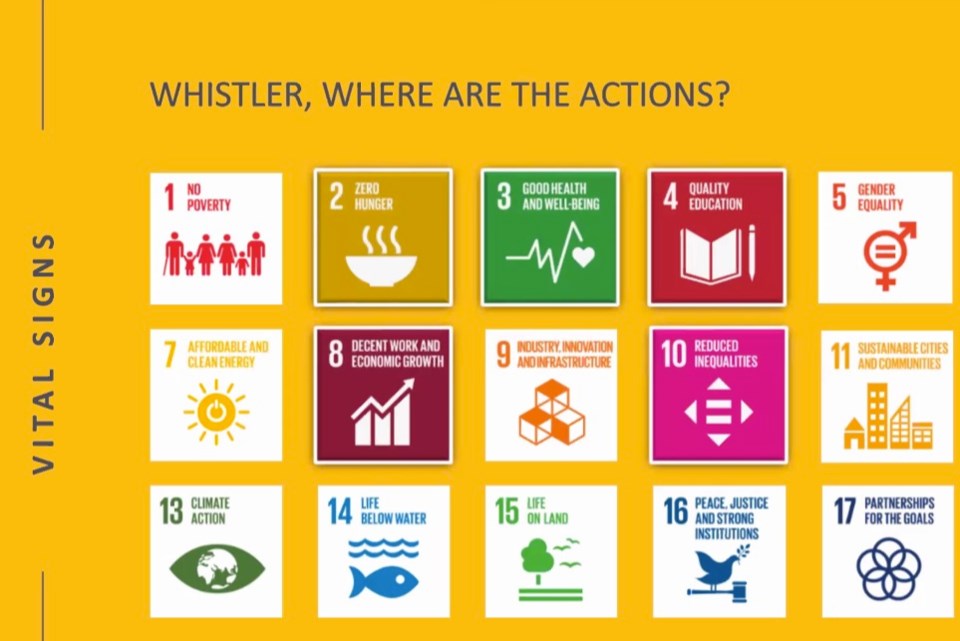 The Whistler Community Foundation host a virtual Vital Cafe to discuss parenting in the pandemic. Screenshot

The Whistler Community Foundation held a virtual Vital Café earlier this month, its second since the start of the pandemic last year.

The session, called Parenting During the Pandemic: How can we sustain family life in Whistler?, included a panel of five speakers who offered a look back on how COVID-19 impacted various aspects of life in Whistler. They included: Spring Creek Community School teacher/ librarian Sue Oakey; Jackie Dickinson, executive director of Whistler Community Services Society; Olivia Bayley, a family physician; Diana Chan, chair of the Whistler Chamber of Commerce Board and a business owner; and Izumi Inoue, a settlement worker.

But what became apparent during the session was that it was very difficult to separate the impact the pandemic has had on kids at home and at school from the impact on all facets of life in Whistler.

Oakey, who is also a parent to a high-school student, said early on some students fared better than others with the shift to online learning.

“What I noticed with a lot of the kids is they managed OK,” she said. “It wasn’t easy getting up in the morning. I noticed a lot of stress with the parents. Some parents called me crying saying, ‘I cannot deal with my child at home and helping them to learn.’ Other parents said, ‘This is awesome. I can give my son one-on-one help and he’s doing great.’ I think, overall, the independent learners fared much better and the vulnerable students had a hard time.”

It helped, she added, when kids returned to the classroom this past year, but still there have been lingering struggles.

“Where I saw more need was with the intermediate students and the high-school students who did not like the limitations on their social life,” Oakey said. “We had to create learning groups in smaller cohorts, so the kids couldn’t move freely. And I think they suffered that way a lot.”

Whistler’s tourist-based economy, meanwhile, also suffered, said Chan. Business owners and employees have both struggled with mental health due to chronic uncertainty. On top of that, women have been set back an estimated 10 years in achieving equality in the workplace thanks to the pandemic.

“Women are shouldering even more of the in-home work, which has only increased with home schooling, work-from-home arrangements, things like that,” she said. “Immigrants and racialized populations were also disproportionately impacted throughout the pandemic, and continue to be so. That’s because, in particular, of the impact on tourism. The highest number of jobs are held by these three groups in the hospitality sector.”

Other “cracks” have become apparent in Whistler’s tourist-based economy, she said. “It’s highlighted the reliance on minimum-wage workers that are housed in substandard, overcrowded accommodation, and the operational capacity that we have in Whistler that reflects mass tourism, not necessarily sustainable tourism.”

“We have to put our people first,” she said. “We have to care for them. That comes in the form of liveable wages and affordable housing. These are the priorities that we need to do to move forward. We’ve come up with a lot of programs in response. We now have to figure out what that recovery looks like, and we can learn in response mode how to recover.”

For her part, Inoue said the early pandemic was particularly challenging when she was facing the highest demand from both the immigrant workers she was supporting who were facing job layoffs and potentially having to go home, and caring for her two school-age children who had shifted to online learning.

“I was lucky enough to have work, I didn’t lose my job. I was able to work from home and support my children’s homeschooling. At the very beginning, I think that was the hardest time of the past 14 months. That was when my work as a settlement worker, their needs were higher, and my children needed support,” she said.

Through her work as a doctor, Bayley said she’s observed two groups hit hardest by the pandemic—young kids not yet in school and teenagers. “Normally [young children] would be socializing through lots of time in the park and playing with friends and parents getting together, so there’s been an impact there,” she said. “And also on the teens we’ve seen a real impact as well.”

For people of all ages with chronic health issues, the pandemic has been particularly challenging. “There’s just been huge challenges around accessing treatment and getting the care that they need,” Bayley added. “Hospitalization has had the added complexity of COVID. And then on physical health, there’s been an increase in alcohol consumption or drug use or returning to behaviours or patterns that they’ve moved beyond. And for some, also dietary choices, maybe less exercise have all been physical impacts of people’s mental wellness.”