While Canada's top cross-country men were resting up after a gruelling Tour de Ski, Chandra Crawford and Perianne Jones of the women's team headed to Milano, Italy for a team sprint event.
Jan 18, 2012 8:00 PM By: Andrew Mitchell 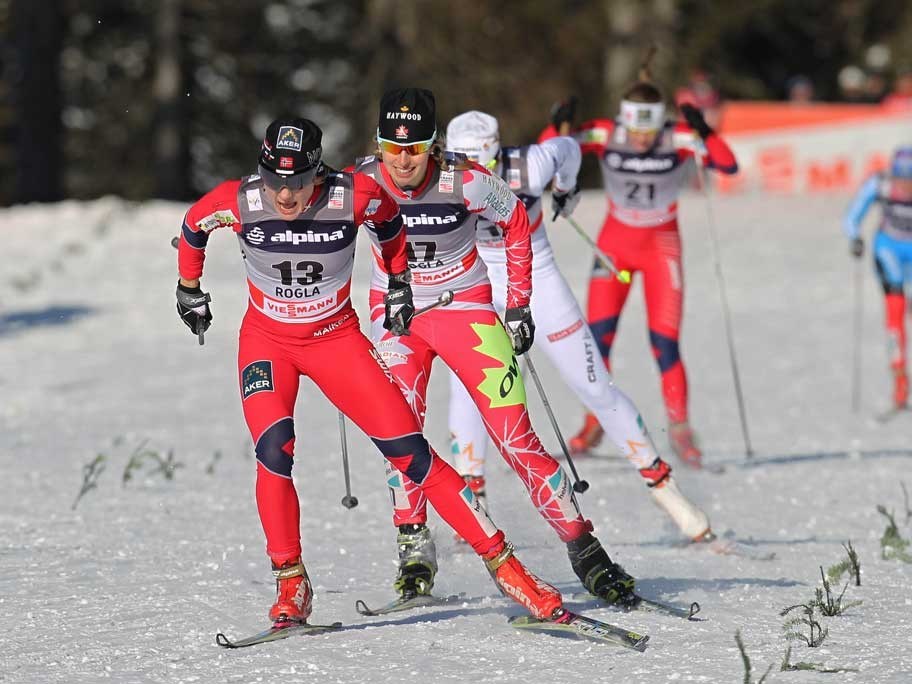 Spinter Extraordinaire Chandra Crawford has already made one podium appearance this season, placing second in a sprint in Slovenia.

While Canada's top cross-country men were resting up after a gruelling Tour de Ski, Chandra Crawford and Perianne Jones of the women's team headed to Milano, Italy for a team sprint event.

Through the qualifiers and heats they were fast, and in the finals they managed a third place finish in the finals behind the top team from Sweden (Hanna Brodin and Ida Ingemarsdotter) and U.S. (Jessica Diggins and Kikkan Randall) and ahead of seven other teams including Norway, Switzerland and France.

"It was absolutely crazy with poles flying and crashes everywhere," said Jones, who made her first trip to the World Cup podium with Crawford.

"Our exchanges were super good. We made up so much time tagging off to each other. This feels pretty awesome."

"This feels great," said Crawford. "Today our whole goal was to relax, stay on our feet and kick when it counts. It is dynamite to be on the podium with Peri. We are a real team out there and want each other to succeed and it is awesome to share this with her."

In the men's skate sprint it was Eirik Brandsdal of Norway up front, followed by Josef Wenzl of Germany and Teodor Peterson of Sweden.

Canada's Len Valjas, who sat out the Tour de Ski, was 14th.