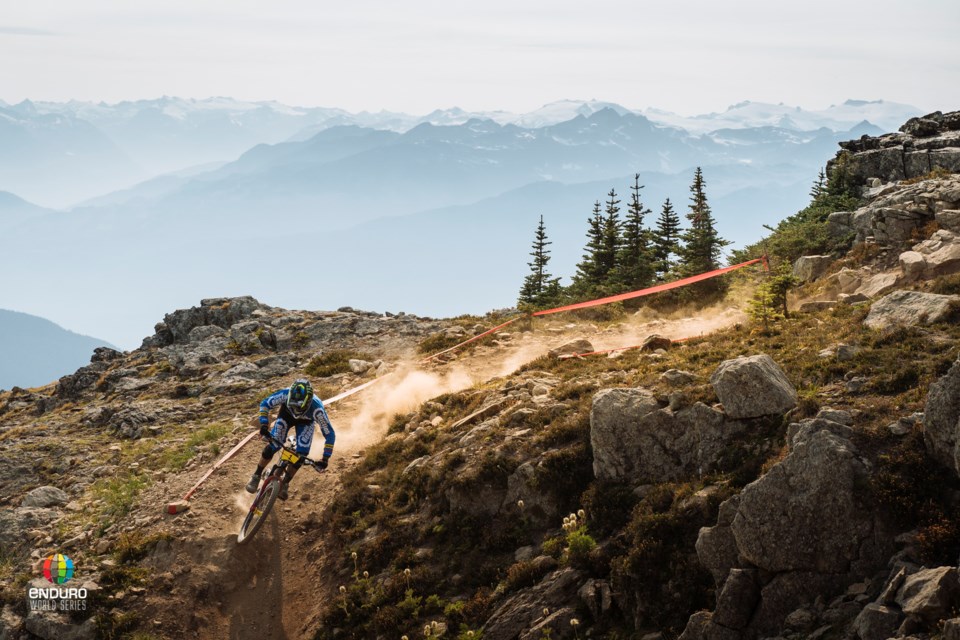 The Enduro World Series Whistler race has been postponed until 2022 with ongoing uncertainty around COVID-19 and travel restrictions. PHOTO SUBMITTED

The Enduro World Series won’t be making its usual Whistler stop in 2021 due to ongoing uncertainty around COVID-19 and global travel restrictions.

In an announcement Thursday, Feb. 11, series organizers said they were deferring the Whistler round of the series, as well as the Trophy of Nations, until next year. Racing will instead be consolidated into two distinct Europe-based blocks.

“Scheduled to take place in August, Whistler is always a fan and rider favourite on the EWS calendar. However, with the ongoing uncertainties around travel and other restrictions, an early decision has been made to consolidate the EWS’ racing season in Europe for this year. Crankworx has agreed this is the best decision,” a release said. “This will allow riders and teams to base themselves in one area for the summer, helping to manage budgets and also negate the effects of any travel restrictions or quarantine periods.”

In the place of the Trophy of Nations will be the Bluegrass Finale EWS-E in Italy, representing “one of the biggest EWS-E races to date,” organizers said, “taking in huge days on the bike with record numbers of climbing and descending” over the weekend of Sept. 18 and 19.
Then, Sept. 25 and 26 will see the series move up the Italian coastline for the Vittoria EWS Pietra Ligure, before the season concludes in Scotland the following weekend with the Vittoria EwS and EWS-E Tweed Valley.

“Both Whistler and the Trophy of Nations will be sorely missed this year, but we fully expect both to be back next year when we can enjoy them to their full potential. We feel confident in the 2021 calendar, and with nine rounds of the EWS and four EWS-E races it’s our biggest season of racing to date,” said an EWS spokesperson in the release.

More to come on this story in next week’s Pique.