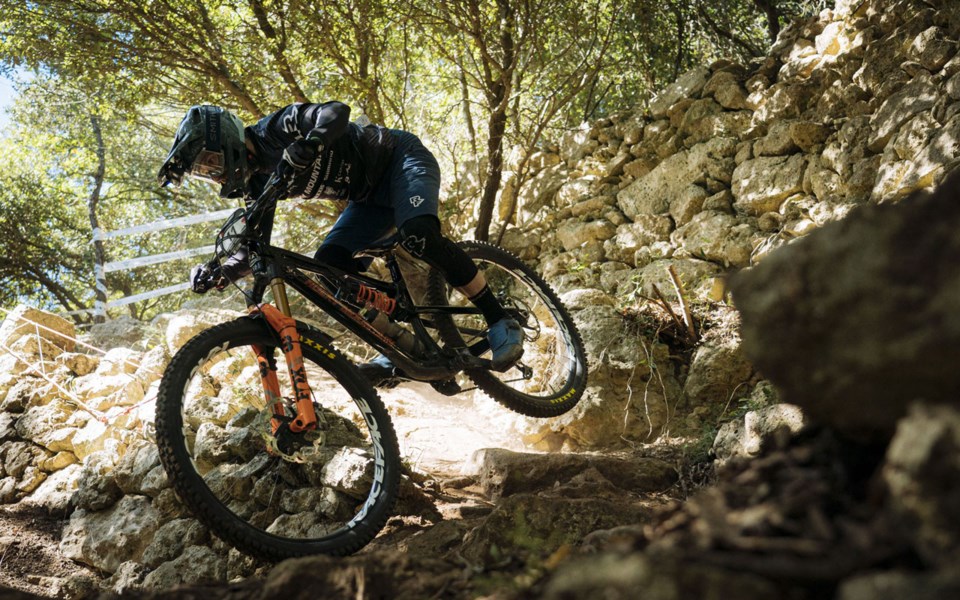 Jesse Melamed left no doubt he was the Enduro World Series’ top rider in 2020.

In the pandemic-shortened season, the Whistler competitor came away with two victories in three tries in 2020, most recently scoring the win at Finale Ligure, Italy on Sept. 26. The Rocky Mountain Race Face rider won the first three stages before taking sixth on the fourth and final stanza, ultimately topping France’s Florian Nicolai by 8.98 seconds and third-place rider Jack Moir of Australia by 13.11 seconds.

“Finale is a special one to win and it feels good to have done it! I have been coming here for 8 years with a lot of ups and downs. It's one of my favorite places to ride outside of home so I'll remember this one!” Melamed posted to Instagram after the win.

The win was the third of Melamed’s career after a weather-shortened triumph in Zermatt, Switzerland last month and a podium topper here in Whistler in 2017.

The Enduro World Series is not giving out individual accolades during the 2020 season because of the pandemic, though Melamed sits atop the global rider rankings heading into 2021.

Other local results from the Finale men’s race include Squamish’s Rhys Verner in 23rd, Whistler’s Carter Krasny in 62nd and Squamish’s Remi Gauvin in 94th.

On the women’s side, Andreane Lanthier Nadeau came away with a sixth-place showing, 56.08 seconds behind winner Morgane Charre of France. Melanie Pugin and Estelle Charles rounded out the French podium sweep. Squamish’s Miranda Miller came away with a 15th-place result.

For a two-day span, all of the Whistler RCMP’s non-emergency calls were forwarded to a random woman in East Vancouver
Oct 26, 2020 8:00 AM

Masks to be made mandatory in all RMOW facilities
Oct 25, 2020 4:00 PM
Comments
We welcome your feedback and encourage you to share your thoughts. We ask that you be respectful of others and their points of view, refrain from personal attacks and stay on topic. To learn about our commenting policies and how we moderate, please read our Community Guidelines.