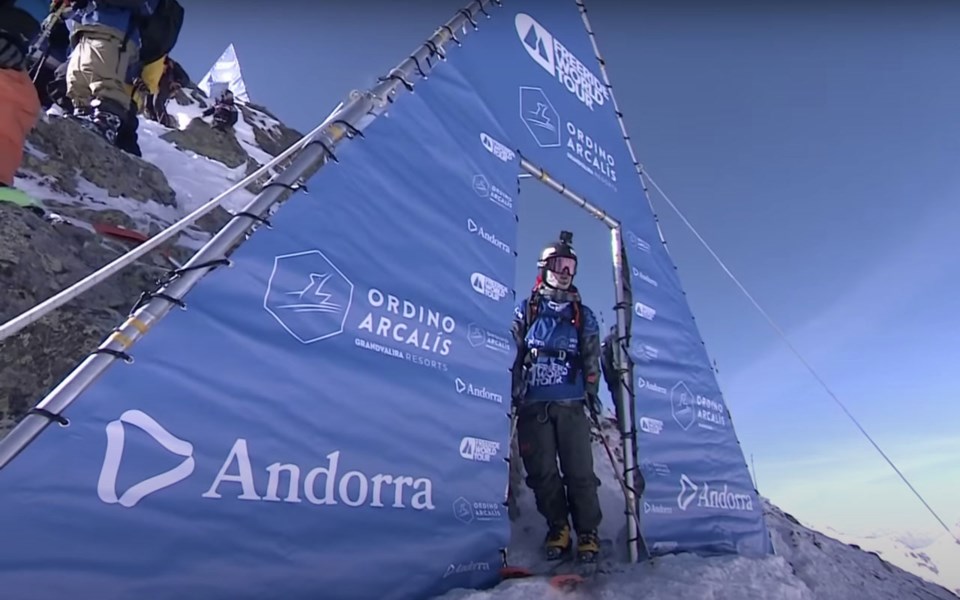 Cooper Bathgate prepares to drop in for his Freeride World Tour debut at Ordino-Arcalis, Andorra on Feb. 19.YouTube screenshot

On the women’s side, Olivia McNeill suffered a fall, but got up and finished her run in fourth with a 35.00. Switzerland’s Elizabeth Gerritzen emerged over France’s Juliette Willmann and American Tracy Chubb.

The trio struggled to put up some high scores in the opener on Feb. 19.

Peiffer (74.00) led the way on the men’s side, posting an 11th-place finish while Bathgate (63.33) took 15th in his tour debut. American Ross Tester won the competition, also his first, as France’s Maël Ollivier and New Zealand’s Blake Marshall rounded out the podium.

McNeill, meanwhile, was looking confident in her run before losing a ski and finishing tied for seventh. Norway’s Hedvig Wessel topped France’s Juliette Willman and Switzerland’s Maude Besse for the victory.

The tour has replays of the Feb. 19 contest and the Feb. 24 contest on its website.