Freestyle club in the medals 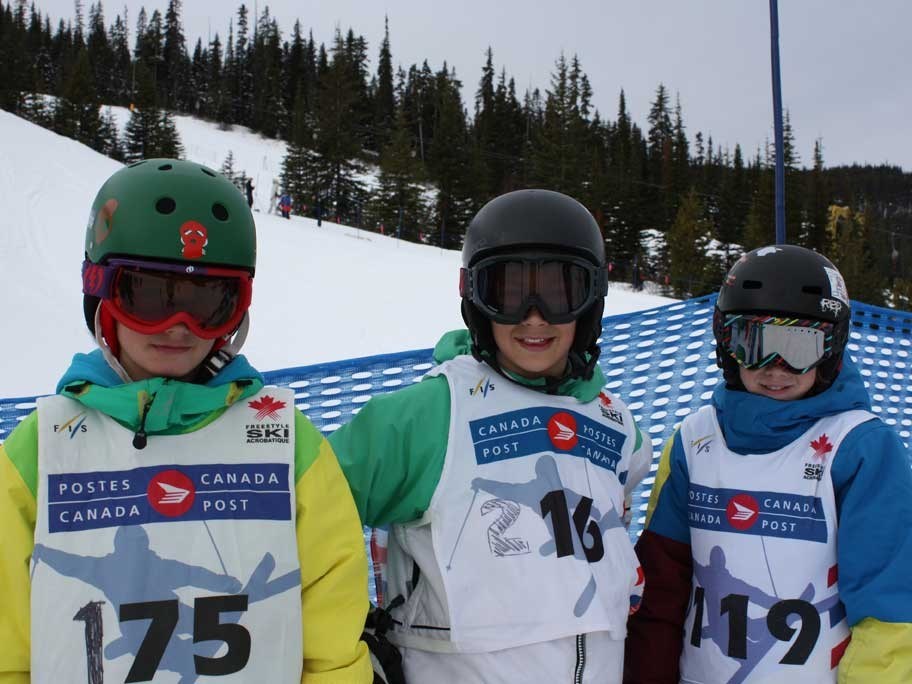 Members of the Whistler Blackcomb Freestyle Ski Club made the long drive to Apex last weekend to compete in the first of three B.C. Series contests, as well as Super Youth competitions for skiers 11 and under.

Mackenzie Wilson was first in F5 (ages 10-11), with teammate Daria Rivera in eighth.

Erin Wilson was first in F6 (ages 9 and under), with Anna Wilkinson in third, Ali Rainnie in fourth and Raine Haziza in fifth.

Kai Smart was first in M6, with teammate Liam Rivera in fourth.

On Saturday, the BC Series moguls competition took place as well as the Super Youth slopestyle.

In moguls, Whistler's Nicola Halliwell competed alone in the F2 (16-18) category, but also posted the top score of the day for all female competitors. Sophie McGregor was second in F3. Sofiane Gagnon was second in F4.

For the boys, Bobby Zeolla of Whistler was first in M1 (age 19 and older). Liam Measure was 10th in M3. Ben Wilkinson was seventh in M4, with Michael Madi in 11th and Charles Armstrong in 12th.

In the Super Youth slopestyle, Mackenzie Wilson picked up her second gold of the weekend in F5, and Erin Wilson her second gold in F6. Also in F6 Ali Rainnie was third, Anna Wilkinson fourth and Raine Haziza fifth.

Sunday was big air day for the BC Series and moguls for the Super Youth.

In big air, Nicola Halliwell was uncontested in F2. Sophie McGregor placed first in F3 and Sofiane Gagnon was third in F4. For the boys, Logan Pehota was third in M2. Liam Measure was fifth in M3. Charles Armstrong was seventh in M4, with Ben Wilkinson in 17th and Michael Madi in 21st.

In moguls, Mackenzie Wilson made it a hat trick in F5, with teammate Aoife Gannon in fifth and Daria Rivera in ninth. Erin Wilson earned a silver medal in F6, with teammates Ali Rainnie, Anna Wilkinson and Raine Haziza in third, fourth and fifth respectively.

Kai Smart won the hat trick with a win in M6, with teammate Liam Rivera in fifth.

The second event in the provincial series is from Feb. 2-5 at Silver Star, which includes a qualifier halfpipe for the BC Winter Games. The third event is at Mt. Washington at the end of March. For more on the Whistler Blackcomb Freestyle Ski Club visit www.whistlerblackcombfreestyle.com.