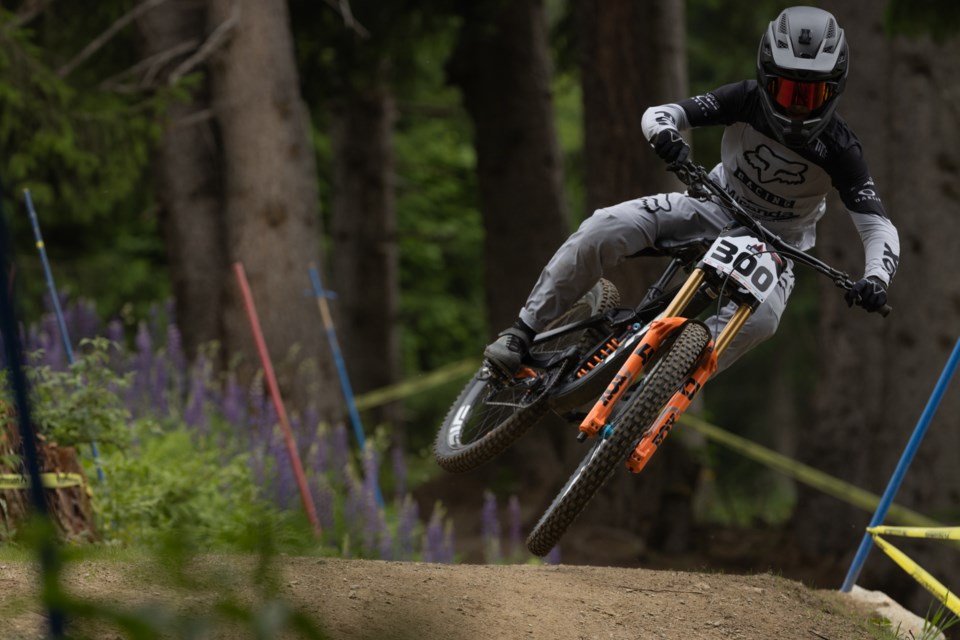 Squamish’s Jackson Goldstone followed up his second-place finish in the Junior downhill World Cup in Leogang, Austria and his first-place finish at the U19 event at Crankworx Innsbruck with another gold medal performance in the junior division in Les Gets, France this past week.

Goldstone wasn’t the only local rider who had success in Italy last week. After taking third in the first leg, Andreane Lanthier Nadeau, based out of Squamish, ended up in 26th in the Elite Women’s division, but still holds the sixth spot in the EWS Global rankings. Meanwhile, Whistler’s Jesse Melamed finished fourth in the men’s division in La Thuile and currently sits third in the world in the global rankings.

And finally, Georgia Astle rode her way to a top-15 finish in both La Thuile and Canazei, Italy and currently sits 17th in the global rankings.