Peiffer off to biathlon Junior/Youth Worlds

Whistler competitor to be joined by past and present WNDC athletes
Feb 22, 2021 11:14 AM By: Dan Falloon 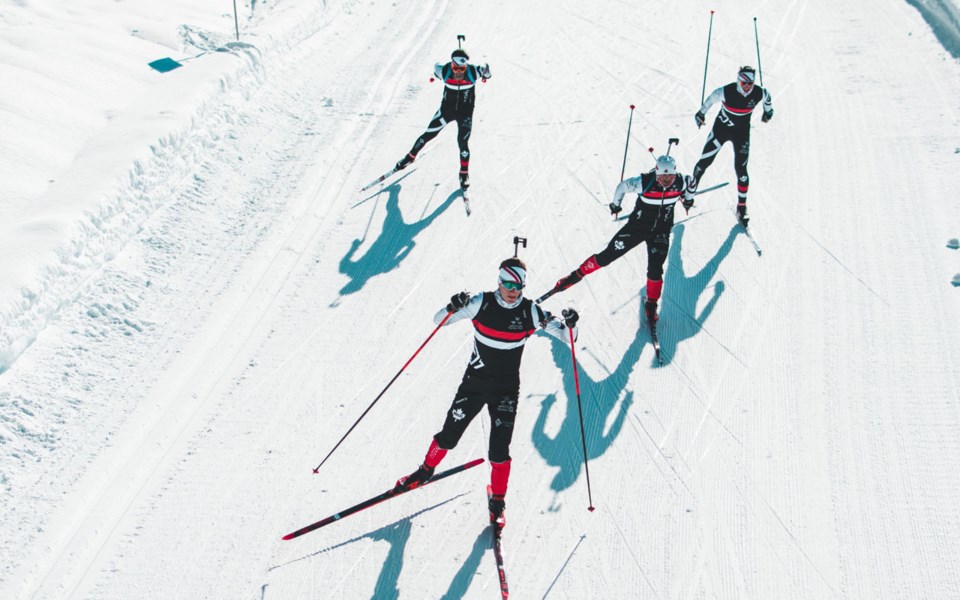 Logan Pletz (front) and Ryan Elden (second from right) are off to Austria for the International Biathlon Union Youth/Junior World Championships.Photo by Lucas Smith

Whistler will be well represented when the International Biathlon Union Youth/Junior World Championships kicks off in Obertilliach, Austria this weekend.

Heading the list is Whistler product Benita Peiffer, who now lives in Canmore, Alta. Peiffer qualified for the FIS Junior and U23 World Ski Championships for cross-country in December, but decided to forgo her spot to buy herself a bit more time in her recovery from a torn ACL and meniscus.

Peiffer, who was previously part of the Whistler Nordic Development Centre, will be joined by two of the program’s current athletes and two fellow alums. Ryan Elden and Logan Pletz are currently part of the WNDC, while Gillian Gowling and Squamish’s Larissa Black are the past participants who will be taking part.

The championships run from Feb. 27 to March 6.