Richards adjusting to year off 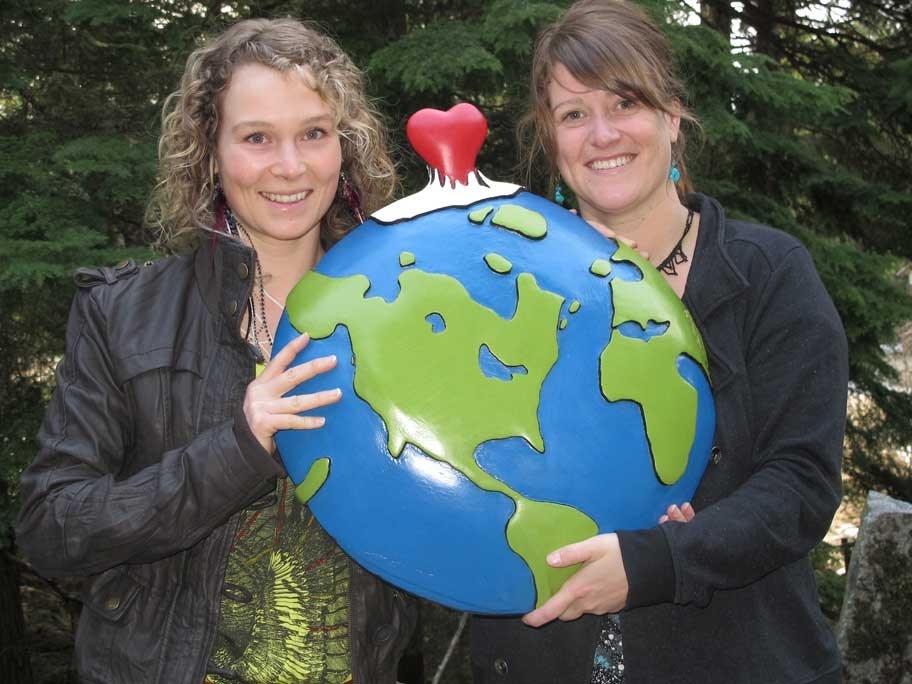 balancing act Kristi Richards (left) and childhood friend Alana Bjorrndal opened a store in Pemberton over the summer called the One Earth Collection — one of the things that the Olympian said has brought some balance to her busy life. Taking a year off competition to train and prepare for the 2014 Games is another positive experience for the mogul skier.

Kristi Richards may be taking a much-needed break from competitive mogul skiing this year, but she still found herself on her computer watching her teammates compete at Ruka, Finland.

"It was pretty weird to be sitting there watching it after being on the circuit for the past 10 years," she said. "But it was interesting to note where the other girls are. I shouldn't be thinking about it, but I'm competitive by nature and I want to keep up and know what everyone is doing. I want to come back and be at that level."

Richards announced at the start of December that she would not be joining the national team on the World Cup circuit this winter, similar to Olympic champion Alex Bilodeau who announced the same thing the previous week.

The goal is to take a year off, build her skills and fitness, and come back next season — an Olympic qualifying and FIS World Championship year — at the height of her game.

"It's an exciting opportunity I think, and you see a lot more athletes at the Olympic level doing it," she said. "I just find that when you're on tour you're in and you're out, week after week. It's so hard to build new technical skills and your body just breaks down. In our sport there's so much impact and it takes such a toll on your body. I've been on the World Cup for 10 years, and if I want the chance to gold medal in Sochi this is the only way I can do it mentally and physically."

It wasn't an easy decision to make, but she has the support of her coaches and trainers, and other mentors in the industry.

"(Canadian Freestyle Ski Team air coach) Darcy (Downs) and I sat down and made a plan and a schedule that gives me an opportunity to work on the jumps that I really want to work on," said Richards. "I've also spoken to (retired mogul skier) Jenn Heil quite a bit, and she's taken a year off twice before each Olympics and it worked well for her with a gold medal (in 2006) and a silver at Cypress (in 2010).

"But it's pretty scary to step back — I've never been out of the sport for a year, not even for an injury, so it will definitely be interesting."

Richards will split her time between Pemberton and freeskiing at Whistler, and her home mountain of Apex where she'll work on her jumps with the help of an air bag. She'll also spend more time with trainers, healing past injuries and building her fitness levels.

"That's just another piece of the puzzle," she said. "Taking a year off allows more room and time for things that get neglected, so I'm going back to basics on the physical stuff and really focusing on my alignment, proper muscle firing — all the stuff that gets broken down during the season."

Her spot on the team is secure, especially after finishing last season ranked sixth and with a bronze medal at the world championship. Her FIS points wouldn't matter anyway — freestyle completely resets its tally back to zero at the end of every season, so every athlete from top to bottom has to start over the next season.

When she rejoins members of the national team for summer training after this season is over, Richards's goal is to be in a position where it's more about building than recovering.

"Usually after the season everyone is injured and tired, and you start the recovery process in April and try to build through the off-season — where I can come into the training phase in my top form this time. I think that's a great way to start the Olympic cycle and start ramping up for the Games."

Going freeskiing — and backcountry skiing with friends — is also something that Richards is looking forward to.

"That's a big part of it for me. Like I said, I've been at this for 10 years but I haven't really skied that much, strangely enough," she said. "I got into the sport because I love skiing in its raw form, just being out on the hill, but most of the time I'm on course or in start gates. Part of the plan is to spend more time skiing, more time in the backcountry with family and friends — which is something else that gets neglected going on tour every season."

The one trick Richards wants to work on is her back full — the jump she broke out after skiing off course in the 2010 Olympics. It was one of the highlights of the night, though it wouldn't count for any medals. She has some other tricks she'd like to work on as well, and to some degree will base her training on what other athletes are doing.

Last summer Richards also launched an artisan store in Pemberton called One Earth Collection with Alana Bjorndal, her best friend growing up in Summerland. Richards said Bjorndal would continue to do most of the day-to-day operations for the store.

"But it is exciting for me," she said. "The store is adding a lot of balance in my life and it's exciting to poke my head in there and maybe spend a day or two. It's a great part of my life for sure."

Richards hasn't ruled out competing at some point this year, she said the door is open to events like nationals. "But I want to make sure my priorities are training and physical fitness first, so if I do enter an event it's because it's a good training opportunity to stand in the gate."