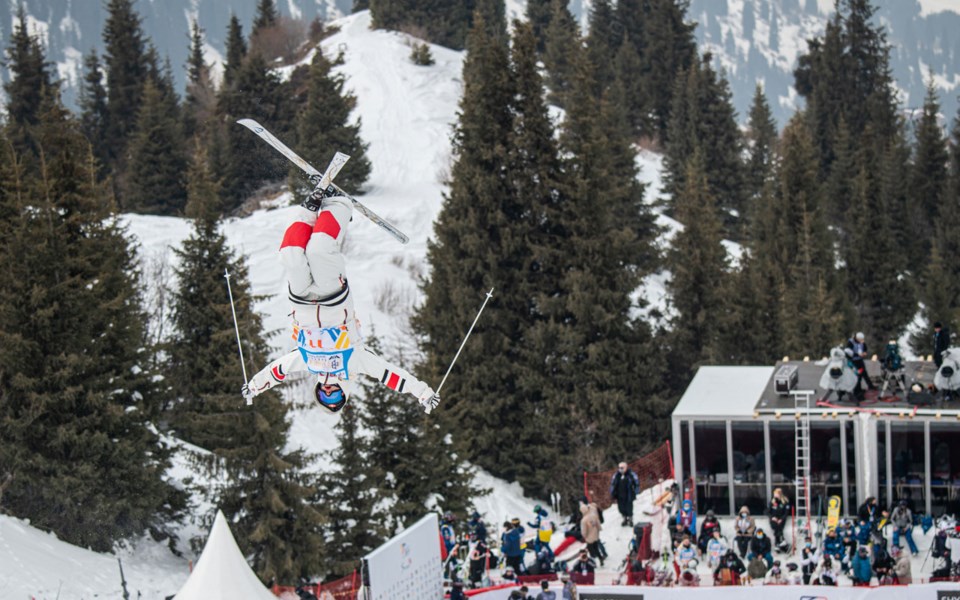 While Canadian moguls legend Mikaël Kingsbury rightfully garnered the bulk of the attention at this week’s FIS World Championships at Almaty, Kazakhstan, the accomplishments of some Sea to Sky competitors were also stellar.

In the dual moguls event on March 9, Pemberton’s Brenden Kelly and Whistler’s Sofiane Gagnon were just off the podium in men’s and women’s action, respectively, as both took fourth to set new career bests.

Kelly fell to Japan’s Ikuma Horishima in the men’s small final while Gagnon was toppled by Kazakhstan’s Anastassiya Gorodko on the women’s side.

“Having beaten Horishima in my last competition in Deer Valley, I knew I was going to have to push really hard. I went all out, but unfortunately lost control after going too big on my top air and ended up blowing out of the course,” Kelly said in a release. “To lose by blowing out was certainly a little frustrating, but I'm still really proud of my performance today and walking away with my career-best result."

Gagnon, meanwhile, has competed just once since the 2019 World Championships as she recovered from a knee injury.

“Today was definitely a special one for me,” Gagnon said in the release. “My last duals event was at the World Championships in 2019, so I was really excited to step back into the gate for this event after two years. Returning from a long rehab and walking away with a new best result really meant a lot to me.”

In the single moguls event on March 8, Kelly was 17th among men while Gagnon was 19th among women.