If you want to play in the NHL or figure skate for Canada you have to start early — almost as early as you can walk.
Jan 18, 2012 8:00 PM By: Andrew Mitchell 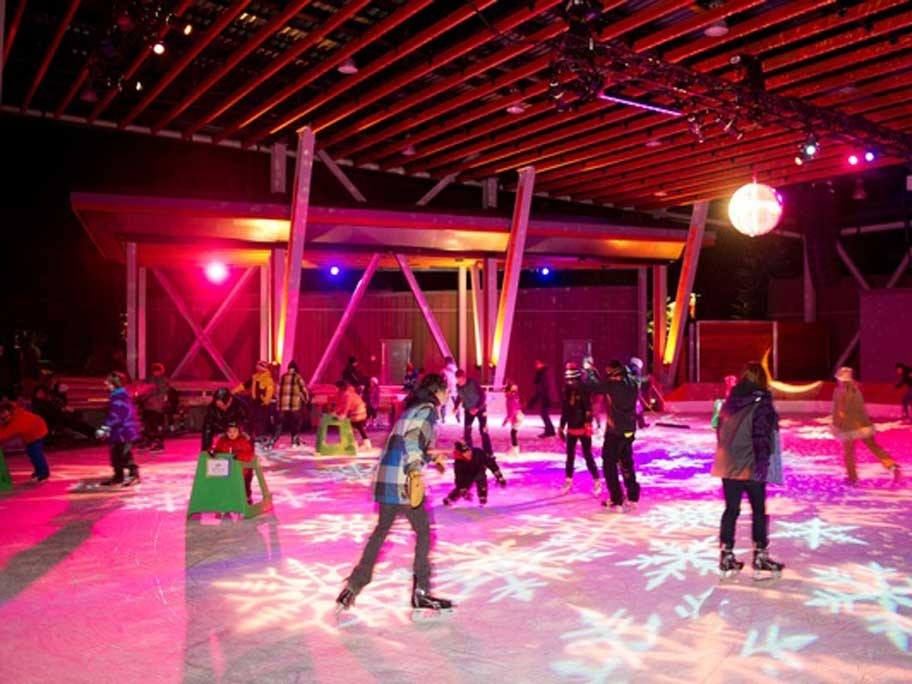 If you want to play in the NHL or figure skate for Canada you have to start early — almost as early as you can walk. But if you just want to know how to skate well enough to do laps of a frozen lake or to enjoy the outdoor rink at Whistler Olympic Plaza, it's never too late to start.

The Whistler Skating Club has announced a new program called Canskate 9+, created for kids and 'tweens too old to join the regular Canskate program where the average age is between five and six years old. The new program, created because of the popularity of the outdoor skating rink, will run on Tuesday from 3:15 p.m. to 4 p.m., from Jan. 17 to Mar. 6.

The program is an introduction to skating with music and drills to teach the basics — strokes, turns and stops.

Registration is at 3 p.m. on Jan. 24, and eight sessions are $110 plus $35 for membership and insurance. Hockey helmets are mandatory for skaters, and rentals are available at the rink. There's no maximum age — one 28 year old is already signed up — and everybody is welcome.

There's still time to join the Whistler Tennis Club's winter youth programs, which got underway this week but will run 12 weeks through to start of spring.

The competitive program gives more personalized instruction, and programs run one-and-a-half hours at the time best suited to the student. One lesson per week is $252 for the session and two lessons per week is $429.

McIvor nominated to BC Sports Hall of Fame

This week the BC Sports Hall of Fame inducted its class of 2012, including Whistler's Ashleigh McIvor in the group.

McIvor is the Olympic champion in the ski cross, as well as a past world champion and X Games champion. She's currently recovering from a knee injury sustained while training for the 2011 X Games, but is hoping to return to racing this season.

Under 13 Snowcross this weekend

On Jan. 21-22, Whistler Blackcomb is hosting the first of three ski and snowboardcross events, limited to skiers and riders aged 13 and Under as of Dec. 31.

The event takes place over two days, with training and qualifiers on Saturday and more training followed by the brackets on Sunday. All of the racing takes place on Blackcomb on the snowcross track.

All of the participants must wear helmets, and mouthguards and other protective gear is recommended. Because it's an under 13 event, athletes need a waiver signed by a parent or guardian.

Early registration is available for $44.80 online and at Whistler Blackcomb Guest Relations, and you can register on Saturday morning until 9:30 a.m. at the Rendezvous Lodge for $50.

With strong participation from the Whistler Mountain Ski Club and other youth programs, early registration is recommended — the number of entries in each category is capped, and some could sell out before the day of the event.

The Canadian Pediatric Society is calling for mandatory helmets at ski hills, following a recent study by the Canadian Institute for Health Information (CIHI) that suggests that skiers and snowboarders are the number one source of hospital admissions for winter activities.

"Every year, more than 5,000 Canadians get seriously injured — requiring at least one night's hospital stay — due to a winter sport or recreational activity," said Greg Webster, the director of primary health care information and clinical registries at the CIHI. "These numbers do not include visits that involve only the emergency department or doctor's office, or deaths at the scene, so the total number of injuries is actually much higher."

The study doesn't take into account the total number of people engaged in winter sports activities, just the number of emergency room visits.

The Canadian Pediatric Society (PDS) suggested that helmets should be mandatory on slopes across Canada. Legislation is already pending in Nova Scotia.

"Despite strong evidence that helmets prevent injuries, many still ski and snowboard without them," said Dr. Natalie Yanchar, chair of the CPS Injury Prevention Committee.