Steeves consistent, but looking to rise 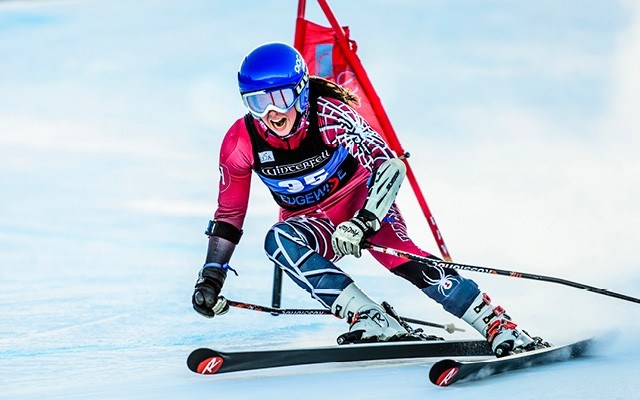 SETTLED IN Kelly Steeves is looking to make a jump in her junior season on the Harvard University ski team. Photo by Gil Talbot/Harvard Athletics

Whistler's Kelly Steeves saw her schooling ramp up in her third year at the prestigious Harvard University.

She's hoping to take her skiing prowess up a notch when the season opens next semester as well. The 20-year-old engineering student placed in eight university races last year, taking a high position of 28 and low of 35 for a fairly consistent campaign. After a couple seasons getting her bearings, she feels like she can ski optimally in 2016-17.

"I'm just feeling more prepared. I know how it works now and I have a good sense of where I was last year with the competition and where I hope to be next year and how it all works. Skiing in the East was a bit of a shock for me freshman year and I'm finally starting to figure out how to ski on ice, which has taken me a while, but if anything, I should just be more familiar," she said.

"There's definitely lots of technical changes that you have to make (to ski on ice) but really for me, I find it's just a mindset of commitment. You have to get on your edge and pressure it and stay on it. You can't be hesitant at all, which I found very different from Whistler. You didn't have to have the same level of commitment going into the turn, which is definitely a mental switch for me."

With an intense program at one of the top schools on the planet, finding time to excel academically while skiing at a high level is of the utmost importance.

"I've just been working out a lot. That's all we really can do. I was also just trying to plan ahead and make sure I can work on my courses. I'm trying to get a bit of work done before the season starts so I can solely focus on ski racing when it comes to the racing," she said.

"I'm mostly just trying to get my body in shape so I can compete at my top level. During exam periods, it was a lot of sitting in the library for hours and then going for a run and going to the gym not only because it's a good study break but it was preparing for the upcoming season."

Steeves is also in the process of applying for internships in the renewable energy and renewable technology fields. Though she's hoping to land an internship in Vancouver or close by, she is applying all over the continent and in Europe.

"I'm taking all upper-level engineering courses, which is quite the time commitment, but it definitely felt like I learned a lot so it's been a good semester so far," she said.

"I'm looking forward to going into next semester and taking new courses and starting the season. "(The semester) might be a little lighter. I'm taking one course that's not engineering, but it's still going to be a lot of work. It always is, but hopefully not quite as much as this past semester."

"I had a great goal-setting conversation with my coach (Tim Mitchell) and there are quantitative and qualitative goals. I just want to ski to the best of my ability. I would love to make NCAA Championships and be getting into the Top 30 after first run, but if I can finish a race and know that I skied my best, then I'll be happy," she said.