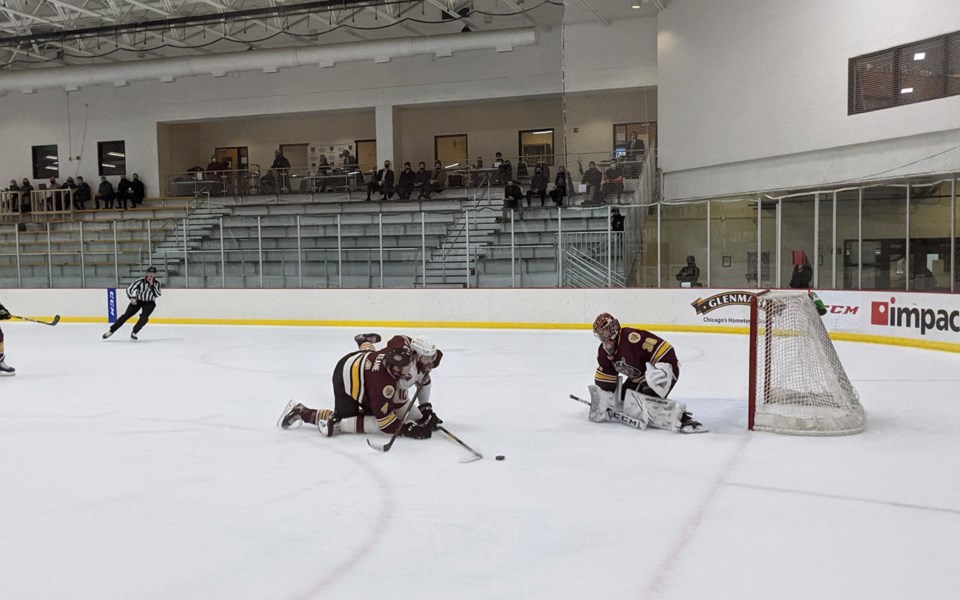 It took all of four games.

Warm has impressed in starting his professional career, and the Carolina Hurricanes saw fit to secure his services for the time being as he becomes the first Whistlerite to snag a deal in the world’s top league.

Warm said he and his camp had been engaged in talks with the Hurricanes for about a week before officially putting pen to paper.

“Obviously, it was something that I’ve wanted to do for a long time and it happened, so it’s super exciting for me and my family,” he told Pique. “The first part of the season was a bit of a tryout and it was my goal to get a contract with them. And then it happened.”

Suiting up for the AHL’s Chicago Wolves, Carolina’s top affiliate, the six-foot-tall netminder has been a revelation early on in his first professional season, starting out 4-0 before suffering his first defeat, 3-1 to the Cleveland Monsters, on March 6.

With the caveat that there’s a long ways until the 2021-22 campaign kicks off, Warm’s contract means he’s the only goalie in the Carolina organization signed to a contract beyond the end of this season, as NHL goalies Petr Mrazek and James Reimer will be unrestricted free agents and Alex Nedeljkovic and Wolves teammate Jeremy Helvig are set to become restricted free agents.

Warm isn’t taking anything for granted, however.

Through five contests, Warm has a .935 save percentage (tied for fifth overall) and 2.43 goals against average. He’s helped Chicago to a Central Division-leading 8-2-1 record heading into this weekend’s action.

Warm said his junior experience in the Western Hockey League, where he spent parts of five seasons with the Tri-City Americans before a midseason trade to the Edmonton Oil Kings early in 2020, prepared him well.

“Guys are bigger and faster. I was ready to go up a level, get some faster pace, and test myself a little bit,” he said of his AHL experience.

Warm has settled in to pro life in the midst of the COVID-19 pandemic that has seen the Wolves play their home games at their practice facility without spectators while the squad has also temporarily taken on a second parent club in the Nashville Predators, who have added their prospect netminder Connor Ingram to the Wolves’ goalie carousel.

“I think everyone knows that it’s a strange hockey year and I think everyone’s just really grateful to be playing under the circumstances,” he said. “It’s been good to get to know all these other goalies and talk to them about certain things. It’s been an awesome experience.”

Warm noted that the empty-stands experience is a little odd before the game starts, but added it’s “business as usual” once the puck drops.

He had initially joined the Wolves on an AHL-level contract signed last November.