Opinion: It’s a time of transition 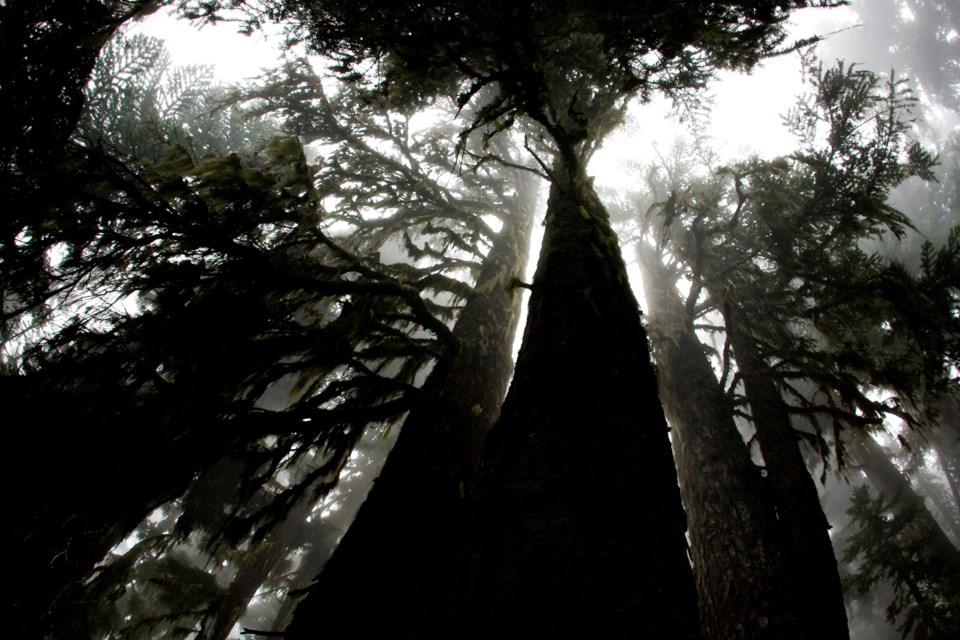 There is the will to finally take old-growth out of the logging equation. What we need now is the way.Gibson Pictures/Getty Images

It has definitely been heartening to read this week about the changes coming to forestry and the moves to protect old-growth forests.

Of course, we have to be realistic and realize that it is not all going to change overnight, and one factor that has been overlooked is that it remains true that the most money to be made in logging comes from cutting down old-growth trees.

Yes, First Nations appear to finally have a seat at the table on forestry but one can’t escape from the fact that, as the systems are put in place for them to take control of land as its stewards, the way forward financially may still be to log the old trees whether they choose to do it themselves or through operating agreements with logging companies.

At almost the same time, the Cheakamus Community Forest board formally announced it had passed a motion to defer commercial old-growth logging for 2021.

But there is a cost: with a current annual allowable cut of 20,000 cubic metres, foresters have struggled to find enough commercially harvestable trees given the long history of clear-cutting in the Whistler Valley throughout the 20th century.

If there is no old growth logging then the CCF partners, which include both the Squamish and the Lil’wat Nations, stand to lose $100,000 or more through the carbon sequestering program that the CCF is part of, not to mention the money from the logging and associated jobs—though there are only a handful of those.

How are the Nations going to make that revenue loss up?

The Squamish Nation’s deferral request comes on the heels of the Minister of Forests, Lands, Natural Resource Operations and Rural Development Katrine Conroy’s recent comment that, ‘The first step is putting Indigenous peoples at the centre of land management in their respective territories.’”

At least 20 cut blocks within Squamish Nation territory are slated for old-growth logging at some point in the next five years, the Nation said.

The Squamish decision was made just a couple of days after the Huu-ay-aht, Ditidaht (the Caycuse watershed), and Pacheedaht First Nations made a similar request regarding the Fairy Creek Watershed lands, which have been the site of an active protest over logging old growth trees. Almost 200 people have been arrested at these blockades—most calling on the BC NDP government to keep its election promise to stop logging old growth.

These Nations decry logging’s impact on B.C.’s biodiversity. One area known as Dakota Bowl in the Squamish protected area could lose 30 black bear dens if it was logged.

The Narwharl recently interviewed forester Garry Merkel, who helped lead the old-growth strategic review panel for the NDP government and asked about the issue of biodiversity.

He pointed to lack of understanding of the science by the general population, which reads stats and feels everything is OK.

“But almost all of that 50 per cent [of old growth left] right now is at the tops of mountains and has tiny little trees,” Merkel told the Narwhal.

“That doesn’t make a landscape healthy. Not having any connectivity between them and not having any of the richest sites that support the highest level of biodiversity, which tend to be down in the rich lowland areas, almost all of those are gone now.”

But according to the B.C. Council of Forest Industries, harvesting old-growth trees also supports 38,000 jobs in the province and provides $3.5 billion to B.C.’s gross domestic product.

But what we must understand is that there’s no way to save old-growth unless the government finances an alternative—an economy and jobs tied to saving old-growth forests.

We know it can be done, as we have seen success in places like the Great Bear Rainforest where conservation finance programs have created more than 100 businesses and 1,000 permanent jobs in ventures ranging from ecotourism to a sustainable scallop fishery.

I believe there is the will to finally take old-growth out of the logging equation. What we need now is the way forward to protect the trees and support the people and communities as they transition into a sustainable economy.