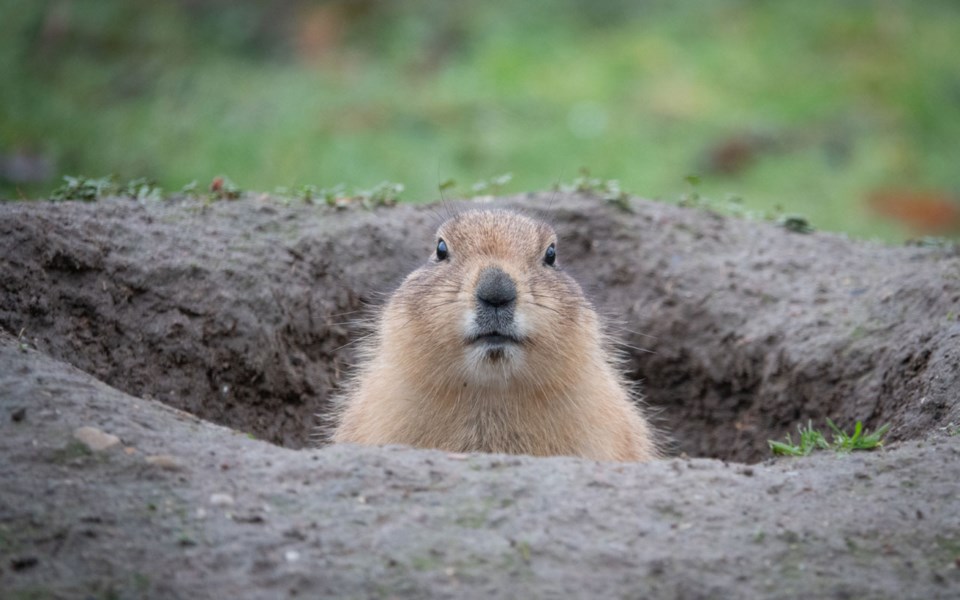 Andrew Mitchell describes how the Groundhog Day phenomenon is particularly noticeable during the coronavirus pandemic.www.gettyimages.ca

Every February, we’re almost guaranteed a few things will happen: A groundhog in Ontario will predict the weather; a different groundhog in Pennsylvania may see things differently; and we’ll spend more time talking about why we need a Black History Month than about actual Black history.

Whistler will experience a face-freezing, wax-gripping, pipe-bursting cold snap, often accompanied by a power outage that is just long enough to cause concern. Home Hardware will sell out of space heaters.

Someone will forget Valentine’s Day and will end up buying their partner some scratch-and-win tickets at a gas station.

Someone else will remember Valentine’s Day but choose not to celebrate it because it is clearly a fake holiday created by Big Flower, Big Chocolate, Big Greeting Card and Big Red Wine to guilt people into buying things. This will inevitably lead to an awkward conversation over when was the last time you did something nice for her? (It could be a “him,” to be fair, but who are we kidding?)

We will all get the blahs after four months of winter weather, with a solid two months of winter remaining in our bumpy, somewhat elevated part of the world. I find it helps to remember that we will gain a full 135 minutes of daylight at this latitude in just 28 days, or close to five minutes more light every single day. The Earth is tilting about 28.5 kilometres relative to the sun, which means our relative position today is where Squamish was two days before.

I think one of the reasons that February can be so difficult for people is the fact that it can be so predictable.

For example, I predict that we’re going to spend a lot of time talking about COVID-19—like every month, true, but the conversation is going to be a little bit different.

The anniversary of the first confirmed case in Canada was in late January 2020 and the first death in Canada and B.C. was in early March. We are now coming up on the one-year anniversary of the decision to close the border, as well as certain businesses and activities, for as long it would take to “flatten the curve.” I don’t think many of us thought we would still be talking about the same thing so many months later.

Heading into the second year of lockdowns is a good time to ask some hard questions about what we did right, what we did wrong, and how we’re going to get through the next six months or so it will take to get a critical mass of Canadians vaccinated.

Initiatives like the Canadian Emergency Response Benefit and various programs to support businesses and organizations have helped millions of Canadians to weather government restrictions and job losses, and should probably be counted among the things we did right—though the long-term wisdom of adding $400 billion to the national debt is going to be debated for decades.

As for what we did wrong, that’s a topic everyone has strong feelings about. From the failure to mandate masks early in the pandemic to the continued travel between regions, there is no shortage of difficult conversations we should be having as a nation, province and community. There has been far too much patting ourselves on the back up to this point.

It’s an uncomfortable fact that countries like Japan, Taiwan and South Korea have a fraction of our per-capita cases and deaths while keeping their economies mostly open. In other words, there are absolutely things that we could have done at all levels to save lives, prevent long-term COVID-19 after-effects, keep people working, and improve our collective mental and physical health.

But while most people will point their finger at government—and for good reason—it’s also clear that people deserve a good part of the blame. We’ve been dragging this out ourselves by making selfish decisions and putting our own narrow interests ahead of the collective good. In my humble opinion, that’s the main reason that so many countries are doing better than Canada: they have a stronger culture of sacrifice and putting the needs of others first. Those governments obviously did a lot of things right as well, but without the cooperation of the people, it wouldn’t have worked.

I honestly don’t know where we went wrong or what the fix is. We’ve had recycling in Canada for almost 40 years now and some of my neighbours still can’t take five seconds to separate their waste. People are ostensibly taught how to drive and there are signs everywhere, but they still tailgate and drive 10 km/h over the limit in snowstorms. Our self-centred approach to living life is literally killing us, and the planet.

While that message is not going to lift anyone’s February Blahs, I do believe there is hope. If the COVID-19 epidemic and our failures have made anything clear, it’s the need to pull together to solve our problems. Failing to lean that lesson, which we’re learning the hard way, would truly be something to be blah about.