PIQUE'N YER INTEREST: Lessons for a girl in 2021 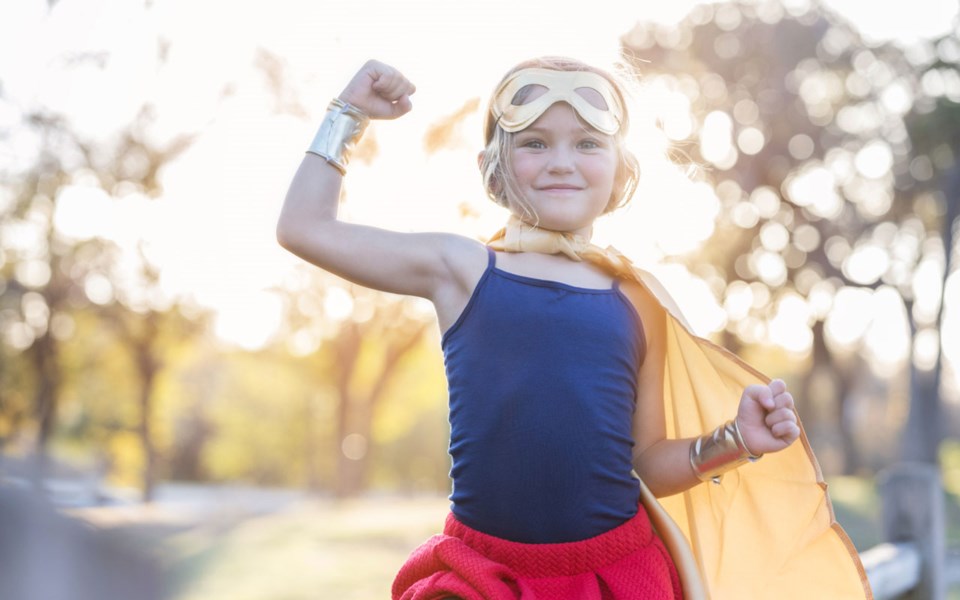 What does it mean to raise a girl in 2021? www.gettyimages.ca

In an effort to make a rather dismal pandemic Christmas a little more jolly last year, I put a piece of paper in a box, wrapped it up and placed it under our tree.

On that paper: the gender of a baby due in early summer.

The trick worked. I was very excited for Christmas morning to glean a little information about the new life growing inside me.

Initially, my husband had been against finding out the baby’s gender ahead of time. In theory, I agreed with his stance. Did I care whether it was a boy or a girl? No. Would we strive to raise a baby of any gender to be strong and kind, emotionally intelligent and brave, and see beyond the general confines of his or her own gender? Yes.

So what did it matter? It didn’t, of course. But still, that “male” or “female” listed on the paper would set in motion a vision of a hard-to-imagine future that is quickly approaching.

When Dec. 25 arrived and we tore the box open, we were both elated to see “female fetus” listed somewhat clinically on the paper.

Since then, I haven’t been able to stop thinking about what it means to raise a girl. I mean, the clothes are certainly cute (and that’s with my sister plucking all the frilly, sparkly items out of her hand-me-down piles, knowing that’s not really my taste), but beyond that, in 2021, what does raising a girl mean?

I’m writing this on March 8, International Women’s Day, prompting a little extra reflection on the idea of bringing a girl into the world. I could offer a laundry list of progress that still needs to happen to ensure gender equality (in particular for women of colour), or myriad things I will worry more about with a girl rather than a boy (namely, the kind of men who will undoubtedly leave snide comments on this column), but more than anything, I’m excited about the idea of raising a strong, thoughtful, brave girl—and passing along the many, many lessons I’ve learned about navigating this world as a female.

• Be kind, but don’t put your own comfort or safety at risk for the sake of someone’s feelings. Being a “nice girl” is overrated. (Still working on this one.)

• Do not let other people’s limitations set your own. Yes, I am pregnant and trail running. Yes, I hike (safe locations) alone (and have been questioned by older men about it). Yes, I run in the dark by myself in the winter months. Do it safely and no one’s fear should dictate how you live your life.

• Nearly every woman I know has gone through a bout of disordered eating at some point—ranging from mild to severe. Food is fuel and you need fuel to accomplish just about anything.

• It is really fun passing men in races. Sometimes they don’t like it and that makes it doubly fun.

• There are so many wonderful, kind, thoughtful men out there. The ones who aren’t will show you very quickly they are not worth your time.

• F*ck being ladylike. Farts are funny. Swearing can be OK in the right context (I mean, read the room on that one). Bathroom humour wins the day.

• There is enough room at the table for all women. Sometimes, women don’t like other women because they perceive them as a threat. Avoid this type of toxic jealousy at all costs. It’s usually not about you anyway. (And besides, the vast majority of women you encounter will lift you up.)

• Be self-sufficient, but OK with accepting help sometimes, too.

• Above almost everything, be brave. Make that cross-country move, apply for that dream job you’re just a little under-qualified for, try that activity or sport that kind of freaks you out. Sure, this might apply to men too, but for too long, bravery was an attribute meant for them alone. Turns out, it’s the surest path to a fulfilling, interesting life.