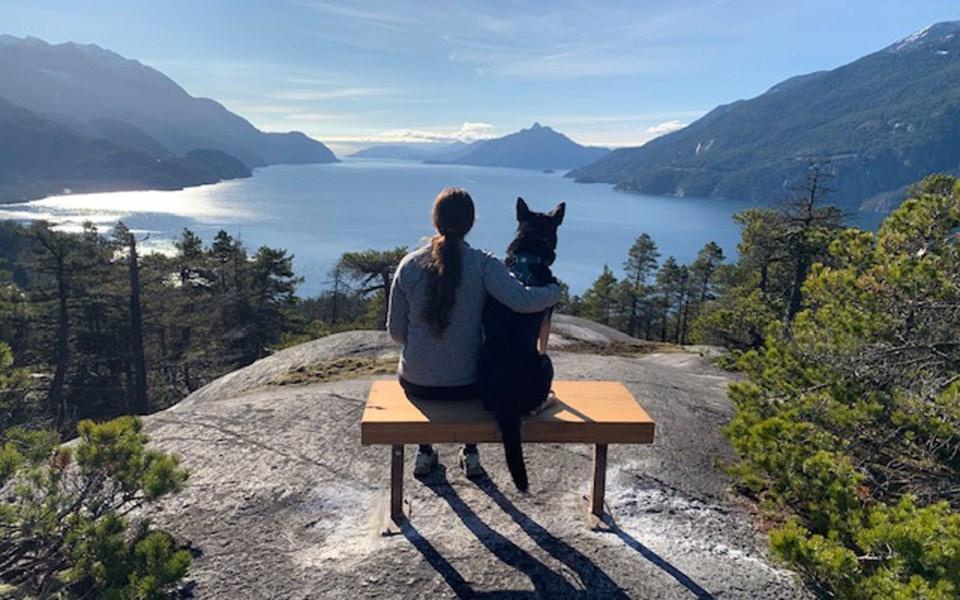 Sometimes your best friend can be flawed and that's OK. It's how you react to your reactive dog that matters. Photo by Alyssa Noel

My almost seven-year-old husky/kelpie mix is a perfect angel.

To be more specific, he’s mother’s perfect angel—except, of course, when he’s not.

For the first three years of his life, I lived in blissful ignorance of what it was like to have a reactive dog. He loved canines of all kind—big, small, high-energy, chill.

I would go on hikes and call him back occasionally. I would run with him off leash until I spotted wildlife or a person with a leashed dog. I wouldn’t think twice about introducing him to new pups.

And then, for some reason, when he hit three years old, everything changed. He still loved his established doggy friends; they could eat out of his food dish and he would hardly blink. But suddenly he began growling at dogs that came bounding at him with a little too much exuberance.

My previously submissive boy suddenly grew into a surly teen that wanted to prove his dominance.

I was sad, baffled, frustrated and scared. A trainer was no help. “Yeah, that’s a tough one,” she said. “Just keep him on leash.”

Honestly, at first it felt like a tough ask in the Sea to Sky corridor where leashing your dog constantly feels akin to abuse (let’s be honest: there are the bylaws and then there are the unspoken cultural rules). It also felt like overkill; I certainly didn’t feel like any animal’s life was at risk.

But I adjusted to this new reality. Yes, it’s supremely annoying—and occasionally dangerous—trail running with a dog on leash, but it’s doable.

In very specific circumstances, he’s still allowed off leash—for example, my husband and I have trained him to run quiet singletrack in between us so we have complete control of him. (Of course, also useful for any possible wildlife encounters.) Or we’ll stop at a wide-open, empty space so he can get some zoomies in.

Frankly, it does kind of suck, but it’s the hand we were dealt and I’m still head-over-heels for the guy, so we do what we have to.

This is all to say I’m in the unique position of having lived in two very different worlds: the old one in which I would yell “he’s friendly” when my dog ran up to other dogs and the new one where other people yell, “(s)he’s friendly!” when their dog runs up to mine on leash.

I can’t fault these people; I used to be one of them. I have all the patience in the world for dog owners who spot me with my leashed dog and make some kind of effort to call theirs back or control them in some capacity.

The people who get to see my little-used genuine temper are those who are in denial about their similarly reactive dog. They let their off-leash pooch come running up to my leashed good boy, shout “he’s friendly,” then watch as their dog attempts to fight mine while I’m stuck in the middle.

All this is to offer both dog owners with headache-free, submissive dogs and those in denial about their naughty boys and girls some insight into how we can all get along a little better.

There have been too many horror stories lately about dog attacks and irresponsible owners and, in the end, it isn’t fair to any of the dogs involved. Yes, things happen, but really the equation is simple. If you have an off-leash dog, don’t let it run up to on-leash dogs even if “he/she is friendly.” If you have a dog that has ever reacted aggressively to another dog, keep it on leash and under control.

In a way, it’s kind of sweet that we all think our four-legged angels should have the run of the dog park (it means you probably love your dog a lot and that’s what they deserve, regardless of their flaws), but unfortunately, we have to balance that with being responsible dog owners, too.

Now, if you’ll excuse me, my flawed precious pooch is sleeping at my feet and appears to need 100 kisses.