Freshness and variety on the menu at this Whistler sushi restaurant

Going into the 11th year of serving up sushi and other Japanese dishes in Whistler, Hayahiko (Speedy) Takada, head chef and owner of Nagomi Sushi, said the restaurant’s goal has never changed. 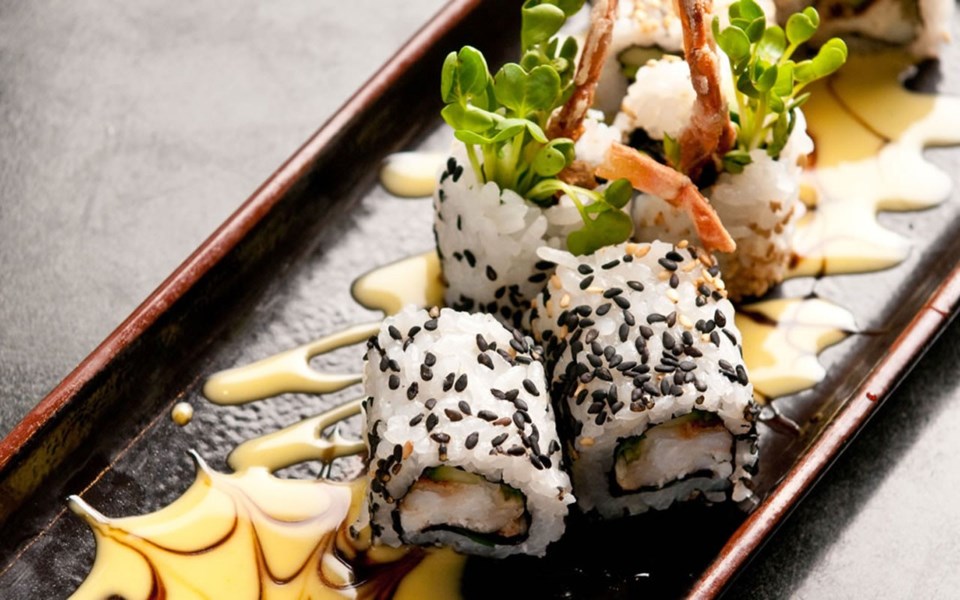 Going into the 11th year of serving up sushi and other Japanese dishes in Whistler, Hayahiko (Speedy) Takada, head chef and owner of Nagomi Sushi, said the restaurant’s goal has never changed.

And that’s to offer diners the best Japanese dining experience in the resort destination.

It was quite a challenge early on when Speedy - his nickname is derived from Haya, which means speedy in Japanese - and restaurant partner/co-chef Shizuo Kashino decided to leave their former jobs working for another sushi restaurant and start out on their own.

“We needed to do things the way we wanted to,” Speedy explains.

At the time, there were five or six other established sushi restaurants in the area.

“We knew we’d have to work extra hard to be competitive,” he says.

Part of the plan was to locate a little further from the centre of the village near the base of Blackcomb Mountain.

With the restaurant site in place, they went about creating a menu that would highlight the skills of the chefs, using seafood sourced locally and also direct from Japan.

“We use in-season fish from around the world,” Speedy says.

One of the dishes they use the imported ingredients in is the nigiri combo and assorted sashimi.

“That way the customer gets something that may be new to them,” Speedy says. “They can enjoy a little of everything.”

With the assistance of suppliers, plans are to increase the selection of local fish.

“I am told there are around 300 types of local fish we can use, so we are looking to see what are the best ones to add,” Speedy says.

One long-time customer who enjoys the variety is “Bungee” Mike Krieger, a former fisherman from California whose loyalty earned him the honour of having a sushi roll named after him - the Bungee roll.

"With every aspect of the dishes, both traditional and modern, being crafted with the utmost passion and dedication from Speedy and Shizou, anything that comes from Nagomi Sushi is top of the line,” Mike says.

Staying with the local theme, the majority of the produce complementing the dishes comes from local Pemberton farms.

“Especially during the summer season, we like to get the micro vegetables for the garnish on the sushi and sashimi,” Speedy says. “Local and fresh produce is always the best.”

For more information about Nagomi Sushi, visit online at nagomisushi.com, or call 604-962-0404.