Whistler law firm supports the needs of its community 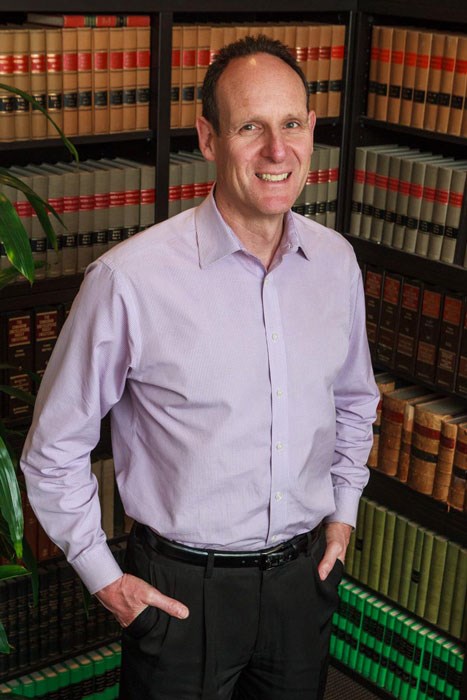 When it came time to settle down and start his family 30 years ago, he knew the growing community was exactly where he wanted to be.

“I watched Whistler grow and saw that it had a lot of potential as a true community where families could set down roots and entrepreneurs could embark on substantive careers,” Shrimpton says.

“As a young lawyer, wanting to have a large family and desiring an idyllic recreational setting not too far from the urban environment, I, along with my wife at the time, decided Whistler would be the perfect place.”

Shrimpton purchased two practices in Whistler and merged them to create Mountain Law Corporation. One was from a retiring lawyer, and the other was a successful notary practice.

From there, he built on the existing clientele with his community involvement. After almost a decade on the board of the Whistler Youth Soccer Club, Shrimpton served as president for seven years.

He also served as Board Chair of The Whistler Forum for Dialogue and Innovation, the Whistler Village Church, and the Whistler Skiers Chapel, (which then became the Whistler Interfaith Society).

During this uncertain time, it’s more important than ever to have binding legal documents for your business, estate and personal planning.

“It’s beneficial for people to have peace of mind knowing that if they’re incapacitated or if they die, their wishes will be fulfilled.”

Shrimpton jokes that he practices what he preaches. When his three oldest children turned 19, they each received a completed will and estate planning kit.

He also greatly enjoys helping local families and entrepreneurs take the stress and complication out of real estate and business transactions.

“I love assisting people who come here and want to start a family and/or a business because that’s exactly what I did,” Shrimpton says.

“With my knowledge and expertise, and with my terrific legal team, I think I’m a valuable ally for anyone.”