Skip to content
Join our Newsletter
Sponsored Content
This Content is made possible by our Sponsor; it is not written by and does not necessarily reflect the views of the editorial staff. 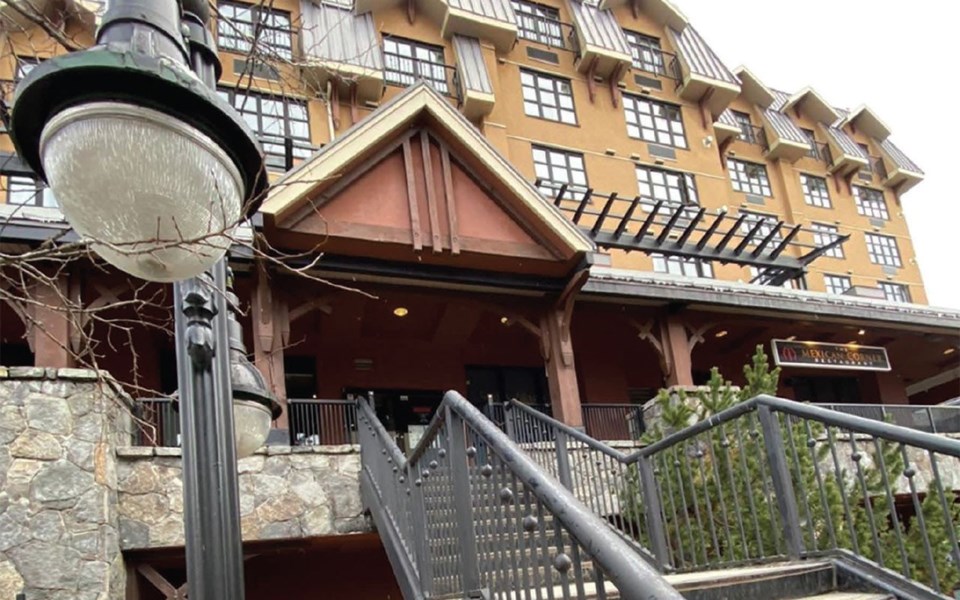 Following the success of the 2010 Winter Olympics and Vail Resorts’ more than $1 Billion investment in Whistler Blackcomb, the prime all season destination is well positioned to offer world-class hospitality services to the local community and the rest of the world.

In 2016, an affiliate company of Concord Pacific, together with a few owners, purchased the Sundial Strata Hotel with the vision to participate in Whistler’s phenomenal growth trajectory and ultimately cater to a wider range of customers, especially families.

Top Whistler real estate agent John Ryan, who sold the strata property to the current owner group, observes, “The Sundial Hotel was really showing its age. With all the new tourists and exposure we are getting in Whistler, the hotel really needed new owners with the means to upgrade the entire place. We all want to be proud of the hotel and restaurants in our optimum center-ice location.”

The owner group initially planned a major rebuild to realize the full potential of the boutique hotel with its prime location in the heart of Whistler Village, just steps from the Whistler and Blackcomb ski lifts. However, recognizing there are other strata restaurant owners in the building, the owner group instead proposed a modest renovation plan to provide the resort community and the strata owners with a more visually appealing and functional property, and to enhance the ground fl oor retail experience for visitors and locals alike.

Concord Pacific Senior Vice President Matt Meehan, who speaks on behalf of the majority owners, stresses that “The group always had the mindset to ensure the hotel would grow with the local community over a long period of time. We want to introduce something more diverse, catering to families and kids in front of the Whistler and Blackcomb gondolas.”

Architect Bryce Rositch adds, “I was the architect for the hotel’s previous renovation and was again engaged by the new owners. It is energizing to learn about their exciting vision and desire to respect the local Whistler community needs.”

Although the collective group members own more than 80 percent of the strata and thus have majority vote on the strata to proceed with its plans, they received strong resistance by four strata members who started legal claims to thwart the modest renovation plan.

Meehan notes, “We understand the four dissenting members who have launched the lawsuit are very successful business entrepreneurs. They are opposing our plan and in the meantime we learned the asking prices for the their units are multiples of assessed value.”

As a result, the renovation process has been halted. The owner group believes it is still in the interest of the community and the strata to offer a spectacular boutique hotel property able to welcome the future at Whistler’s doorstep.

Protecting a fair process under the Act

In the face of the lawsuit and to allow the building to reach its full potential, an independent sale process has been commenced in order to reach a fair market price benefiting everyone fairly and not just a few in the strata.

According to Mr. Hein Poulus, legal counsel representing the majority owners’ group, “In order to resolve the dispute among the owners, the strata corporation voted to put the building on the market and appointed one of the Big Four accounting firms to conduct an independent sale, with instructions to achieve the highest price available. Once a buyer has been found, the strata corporation will apply to court for approval of the sale, under Part 16 of the Strata Property Act. “

Meehan advises, “The group intends to bid in the sale process. If we become the successful bidder, we won’t be able to accomplish the vision alone. We would very much like to work with other successful local businesses like Sushi Village or other international operators complementary to a worldclass hotel and the future of Whistler.”

This Content is made possible by our Sponsor; it is not written by and does not necessarily reflect the views of the editorial staff.

Great outdoors inspires Whistler firm’s energy efficient homes
May 7, 2020 12:00 AM
Comments
We welcome your feedback and encourage you to share your thoughts. We ask that you be respectful of others and their points of view, refrain from personal attacks and stay on topic. To learn about our commenting policies and how we moderate, please read our Community Guidelines.