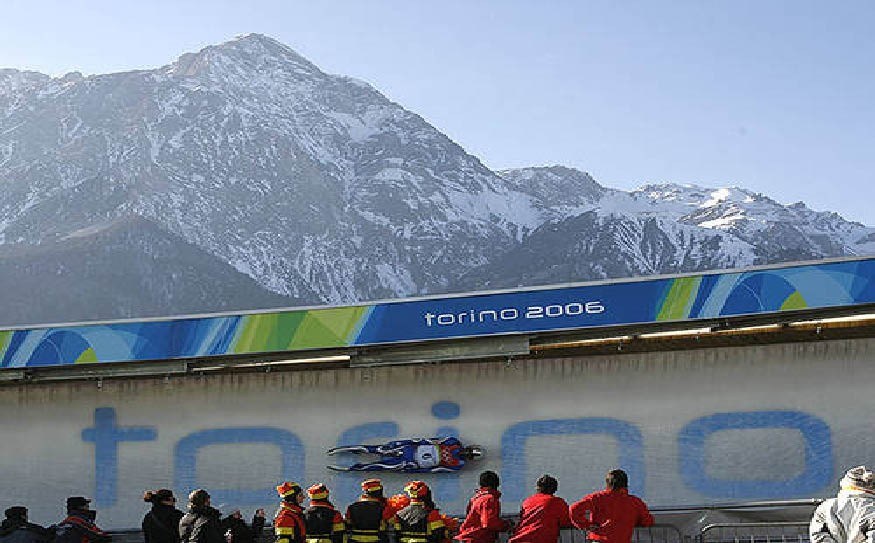 The luge and bobsled track built for the 2006 Turin Olympics is being dismantled because of high operating costs reports ESPN.

The news cam when Cesana Torinese Mayor Lorenzo Colomb told the Italian winter sports federation that no races would be hosted at the $100 million track. The track was to host a World Cup of luge in December

According to ESPN the annual operating costs are $2 million. It is operated by Parcolimpico S.R.L, which controls several venues built for the 2006 Games.

Snow APS.com reports that part of the problem with high costs lie in the provision, operation and guarding of the ammonia needed to keep the track iced.

It is the only sliding track in Italy.

In recent months Pique has reported on the on-going costs of operating the Whistler Sliding track.

Less than three years after it was built for the 2010 Olympics, Whistler's sliding track is getting an estimated $1.7 million upgrade.

The order to do the upgrade, prompted by the death of Georgian luger Nodar Kumaritashvili on the opening day of the Olympics, was handed down by the international luge federation FIL - FŽdŽration Internationale de Luge de Course - as a requirement for Whistler to host the luge 2013 World Championships in February, and any future international competitions.

But it's Canadian taxpayers footing the bill.

It's a large-scale, highly technical project that includes a new start ramp leading into a lower portion of the track, as well as a new two-storey start house, effectively cutting off the top of the track as part of the field of play for luge forever.

While the edict comes from the federation's head offices in Germany, the money to pay for the updates is coming to Whistler Sport Legacies (WSL) from a "transition fund" set up by Vancouver's Olympic Organizing Committee - VANOC.

When asked in September why the legacies society, which has been unable to make ends meet since it took over the local venues more than two years ago, was paying for the upgrade when FIL signed off on the original track design and then requested the new starts post-Games and post-accident, WSL president and CEO Keith Bennett said: "That's an interesting question.

"I mean it's our country, our track."

It is not clear in WSL's 2011 audited financial statements just how much money was part of that VANOC transition fund, or how much of it has been spent on the venues to date by the WSL. VANOC still exists in a limited role.

"I think you have to look at this from a number of perspectives," Bennett told Pique last month. "There are a lot of tracks in the world... there's more tracks than there are world cups and what's important for our Canadian athletes is the opportunity to train and compete at home.

The other catch of course is the WSL funding, which flows in part from the Games Operating Trust - a $110 million trust set up jointly by the federal and provincial governments to fund the legacy venues in the long run. Last year WSL received $2.69 million from the trust fund, which paid for a portion of its $7.5 million in operating costs.

When asked if WSL did a business case to justify the million plus spend on the track, Bennett said simply:

He went on to suggest that if the track could not host the highest-level luge competitions, WSL's primary source of funding could be in jeopardy.

"Our funding from the Games Operating Trust is contingent really on high performance sport and developing sport," said Bennett. "That's what it's all about and that's what the facilities are really all about too.

"We have certain obligations around our funding and that is to maintain the field of play at international standards."

But like the hairpin turns of the $109 million track," touted as the "fastest track in the world, the upgrades too have been challenging though inevitable following Kumaritashvili's fatal accident.

With files from Alison Taylor