A Sweet Fix with a Bitter Aftertaste

A behind the scenes look at the origins of our favourite treat.
May 6, 2011 9:35 AM By: Alison Lapshinoff 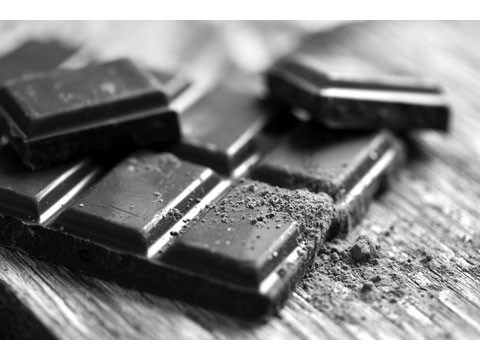 A bus roars away from the station leaving in its wake a cloud of dust.  Small, brown faces are pressed against the grimy window, their large, unsmiling eyes watching Sikasso, Mali disappear behind them. Their parents are nowhere to be seen.

Ill-fitting clothes hang on the skinny frame of the small boy back at the station. He appears to be lost and quite alone among the chaos of haggling vendors, roaming chickens and dust. The smell of raw meat hanging in the air brings a growl to his empty belly.

"Are you looking for work?" A tall Malian man approaches the boy. "I can offer you well paid work on the Ivory Coast." The man smiles ingratiatingly. The boy, only 12, comes from a rural village some several hundred kilometres away. If he returns without having made any money, his parents will be upset with him. The West African nation is among the poorest in the world with little to no exports. Children are often required to help support large, hungry families.

Sombrely, the boy nods, following the man to a ramshackle building where several other children are being held.  Before long, they are herded onto a bus headed for Zegoua where they will be spirited across the border to the Ivory Coast and the promise of paid work.  Hungry and alone, the grubby, sad eyed children likely believe it is their lucky day.

A world away from the hardships of life in Western Africa, a girl clings to her mother's hand as they enter the brightly lit supermarket, their large, empty shopping cart waiting to be filled.

"Mommy, can we get one, please ?"  She cajoles, pointing a pudgy finger at the cornucopia of sparkling confectionary thoughtfully placed right at her eye level.  Her mother carelessly tosses a bar in the cart.  It weighs 50 grams and costs only a dollar.

At the Malian border town of Zegoua, the children are herded off the bus and the boy is spirited away by another strange man.  They will cross the porous border by a dusty back road avoiding any officials, although any problems that may arise can easily be handled with a simple and unofficial cash transaction.

"Just call me Uncle," the man instructs the boy as the bike roars away in a cloud of dirt.

Most well fed westerners take a cheap chocolate fix for granted. Yet many are unaware that the chocolate they so covet is often tainted by the blood and sweat of child slaves in Western Africa. Eighty per cent of the three million tons of cocoa we consume annually is grown here, about half of that on farms in the Ivory Coast. Many children are either kidnapped or sold by desperately poor families in neighbouring countries like Mali, Burkina Faso, Niger, Togo and Benin, lured by the irresistible promise of paid work. Plantation owners, desperate to make a profit selling a cheap commodity, purchase these children to harvest their cocoa. Many are as young as eight years old. Most never get paid.

International labour law forbids child labour and the trafficking of children, but despite this, it is estimated that over 100,000 children work in the Ivory Coast's cocoa industry, about 10,000 of which may be the victims of child trafficking and enslavement. The African nation has an estimated 700,000 to 800,000 small family farms on which children often help. Thus, it is very difficult to discern which farms are using illegal child slaves being forcibly held with no hope for an education and which are simply family groups working together to eke out a living.

The small, Malian boy was taken to a farm where a group of children wielding large machetes hacked large pods of cocoa beans from the trees. Days were long, up to 12 hours, and meals meagre affairs of corn paste and bananas. After the pods had been harvested from the trees they used the same machetes to slice them open, releasing their treasure. The children were unaware of their constant exposure to dangerous pesticides. Nor were they aware they weren't being paid as child traffickers sold them to the plantation owner and any attempt at escape would result in a thorough beating. They were far from their families, unable to speak the local language and were offered no hope for an education. Skinny shoulders were rubbed raw from hauling heavy sacks of cocoa beans. The children had never tasted chocolate and likely never would.

Those with a strong social conscience need not deny themselves the enjoyment of a chocolate goodie.

Their treats will, however, cost a little more. Fair Trade is a non-governmental organization that promotes trading partnerships based on transparency, respect and equality. Products backed by the Fair Trade logo will indeed command a higher price, but what you are buying is dignity and economic self-sufficiency for whomever produced that product. The organization sets standards for quality, environmental practices, forced labour control and gender equality. It ensures that farmers and craftsmen are paid a fair price for their products ensuring their economic sustainability, as well as providing funds to support community development in the form of things like schools, healthcare facilities, roads and wells.

Although the vast majority of the chocolate found at the grocery store cannot claim that its cocoa was not produced on farms that utilize forced child labour, it is easily found by those who care to look. Cocoa Camino and Green and Black's are two fairly common brands bearing the Fair Trade label. And of the large, well known chocolate manufacturers, Cadbury's had committed to using Fair Trade cocoa for their Dairy Milk line by summer of last year, a move which doubled the amount of Fair Trade chocolate in Canada.

Fair Trade coffee has moved into the mainstream; hopefully chocolate will follow suit.

A few extra dollars spent here in the west can make a world of difference to the lives of those producing our food in the third world and where we choose to spend our money sends a message to companies who may put profit before human dignity.

Raised awareness about the conditions on West Africa's cocoa farms here in the first world gives consumers the power to buy from companies that support ethical farmers.  Chocolate needn't be such a guilty treat.