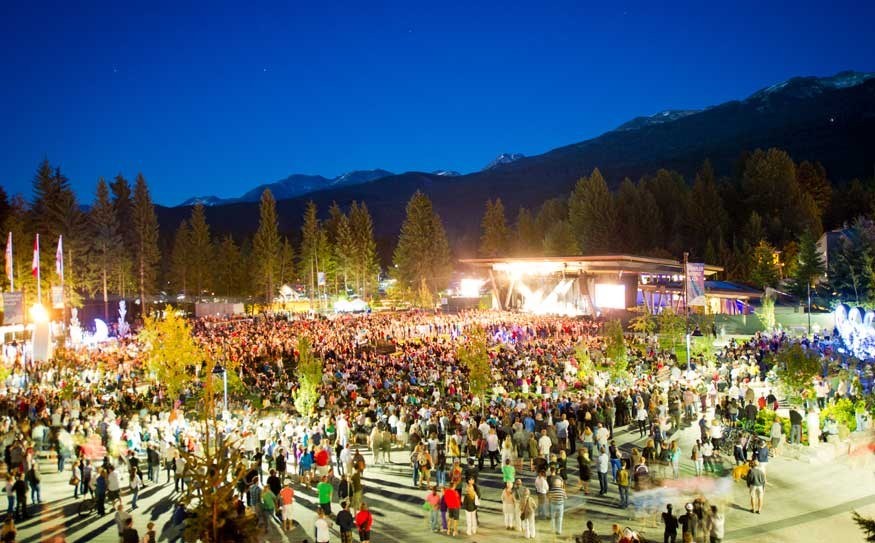 Whistler is still ironing out the kinks in its multi-million dollar festivals and events program, but likely not in time to bring a new "signature" fall festival touted to fill hotel rooms in the resort heading into the slow season.

Rather than scrap the festival entirely, municipal staff and its partners decided this week to put on a scaled down version of the original event over the last weekend in September. It's budged to cost $70,000, less than half of what was originally planned. The leftover funds will roll over to 2013, giving the municipality and resort partners much-needed time to plan something compelling enough to make Whistler a must-go destination for that weekend.

Time to plan has become a crucial part of the $2.6 million Festivals, Events and Animation (FE&A) program, funded by the province.

But now, with council's blessing this week, staff has more than $1 million in reserves money to start booking acts for summer 2013, sewing up the talent well ahead of time.

The advance in funds comes ahead of the annual confirmation in provincial Resort Municipality Initiative (RMI) funding, which sees more than $6 million pumped into the resort annually for tourism-related projects, like events and festivals.

Council's decision to provide the stopgap funding could make a critical difference to the free summer concert series, the village street entertainment, and what is to become the signature fall festival.

"The fact is, if we had some lead time, we could do a hell of a lot better than we do," said Councillor Roger McCarthy, the council rep on the FE&A Oversight Committee.

As it has in years past, the province confirmed the $6 million Resort Municipality Initiative (RMI) funding for Whistler in April. Of that RMI money, $2.6 million was slated for the FE&A program.

But that leaves event producers like the Whistler Arts Council (WAC) scrambling at the last minute to book talent.

WAC, in conjunction with the municipality, puts together the $300,000 street entertainment out of the FE&A budget.

"I think the biggest issue we've had is not being able to plan ahead and therefore put on a program that's well-strategized, and well thought out and well planned," said Doti Niedermayer, WAC's executive director.

"We haven't been able, I think, to get the bands or the musicians, the artists and the performers that we could get if we had more lead time."

This week's decision to provide $1.2 million in stopgap funding is the best thing to happen to the whole program, said Niedermayer.

It's difficult, explained Niedermayer, to secure acts with one month lead time, particularly when performers are booking their tours a year in advance.

In his presentation to council John Rae, the municipality's manager of strategic alliances, outlined the opportunities that would flow from having access to the funding.

Not only will the municipality be able to secure concerts and street entertainment at the best rates and attract events on preferred dates, it will also help resort partners be in-market with advertising and promotions in advance of the programming. That has proved challenging this year with the late funding and subsequent 11th hour planning.

"If you're basically receiving confirmation on bands within ten days of an event, it certainly limits one's ability to promote the concert lineup far enough in advance that you're impacting booking decisions," said Tourism Whistler's President and CEO Barrett Fisher.

While some concerts are designed to create animation and a positive experience in the resort, others, such as this weekend's Vancouver Symphony Orchestra two-day event is designed to boost room nights. As such, it needed to be promoted far and wide. And it has been. The VSO deal has been two years in the making. Others haven't had that luxury of time.

"This is certainly something that I am very happy to see," said Mayor Nancy Wilhelm-Morden of the advance in reserves money.

"This is something that we, all of us, were very interested in pursuing which will get us out from behind the eight ball that we've been behind for the last couple of years."

In his presentation to council, Rae was upbeat about the summer ahead, as well as the programming to date.

"We have a really exciting program ahead of us for the summer," he said.

He announced that the big screens in place for the VSO performances would stay at Whistler Olympic Plaza for four weeks to broadcast the London Olympics from 10 a.m. to 3 p.m.

"We have a contract with our friends at CTV, we'll have access to four feeds and we'll be showing Olympic broadcasts..." said Rae.

There are more free concerts planned, as well as pumped up programming for signature events like Crankworx and movies in the plaza.

As for the fall festival, he said: "It's the beginnings of what we hope will be a long-term and signature festival for us happening in late September/early October."