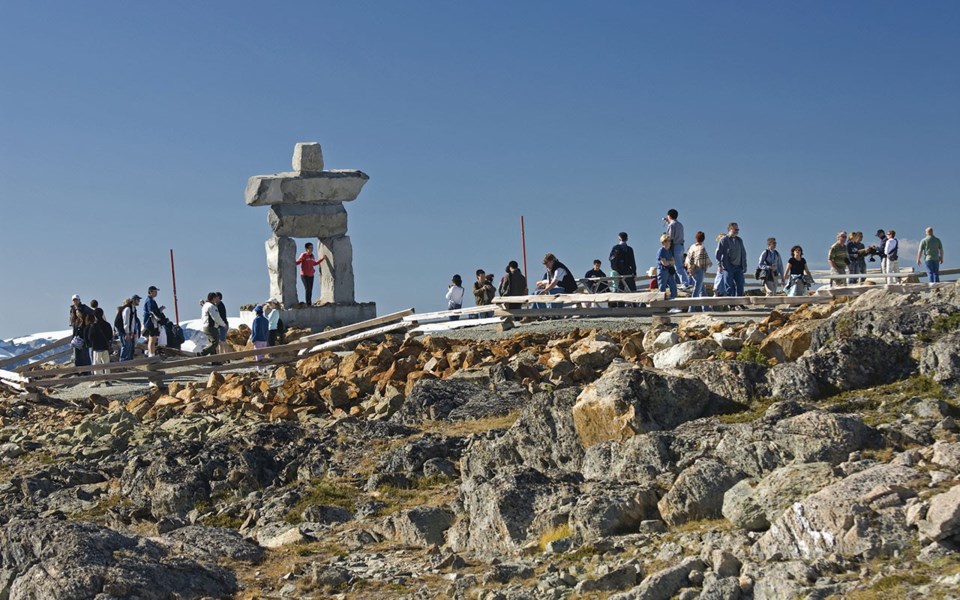 Illanaaq Inukshuk, the symbol of 2010 Winter Olympic Games in Vancouver is visited by thousands tourists The peak of Whistler Mountain in British Columbia, Canada. PHOTO by Josef Hanus / <a href="http://Shutterstock.com">Shutterstock.com</a>

The adventure tourism industry is a growing economic force within the province, making up an estimated $2 billion of the province's roughly $15 billion tourism sector. The sector features a wide-range of stakeholders, from mountain-bike businesses to heli-skiing operations.

For most operators that use public land, a strong relationship with the province and local governments is vital. Yet some say relations are strained, with the province failing to fully recognize the economic benefit of the sector or the jobs it creates.

A new coalition is aiming to improve things. The brainchild of operators, the B.C. Adventure Tourism Coalition aims to represent the many voices of the sector, allowing it to speak with a singular voice and command the attention of government.

"(And) they didn't necessarily cooperate on a lot of the same objectives that the coalition is collaborating on."

Having an industry-wide coalition just makes sense, he said. "It's a much stronger voice, because it represents pretty much all of the sector, and a sector of tourism that is quite strong together."

There are, of course, individual associations that represent the interests of various pursuits, like the Guide Outfitters Association of British Columbia, for example. But the new coalition will bring 18 such associations under its umbrella — historically, they haven't worked well together.

"They looked after their own sector," explained Judas. "The issues they face — whether it's working with First Nations or having access to crown lawn, or securing land tenure — they're all the same."

The coalition will help stick up for stakeholders, generating more security for them, said Judas, adding that the coalition will also push for better land-tenure agreements and improve relations with the resource sector.

"I think the adventure tourism sector recognizes there are multiple uses for land and that the other natural resource sectors are an important part of the B.C. economy," he said.

"But similarly, the reverse needs to be understood, that tourism and adventure tourism is equally as important to the provincial economy and jobs.

"Right now it isn't being well understood by the natural-resource sectors."

The group has already commissioned a study to explore various issues that need to be fixed and develop an action strategy.

But according to Judas, the coalition is still in its "first phase."

"We're still trying to introduce the strategy at various levels and gain support for it, whether that's in the provincial government or the local level," said Judas.

After that, the organization will have to work through the details and finding common areas of agreement.

"It includes a lot of negotiation and perhaps some new avenues for the strategy, and significantly more meetings with the key stakeholders," said Judas.

Ian Tomm, executive director of HeliCat Canada and chair of the B.C. Adventure Coalition, reiterated the importance of bringing all stakeholders to the table. Asked if the coalition will help mediate between adventure tourism stakeholders, Tomm said that is best left to individual associations.

"They all share the common issues, which is if you're trying to run an adventure tourism business in this province it's very challenging," he said.

"That's why people are at the table working together."

Tomm also said it is crucial to work with Indigenous groups, highlighting Aboriginal Tourism BC as one of the coalition's most important members.

While it will have no brick-and-mortar headquarters, Tomm said stakeholders would talk monthly via conference call, and meet once a year. The last meeting was held in Vancouver and around 40 people attended, he said.

"We hope that over time the coalition will help improve the ability of adventure tourism stakeholders to work with the province."