After 17 years of giving, the American Friends of Whistler announce plans to dissolve 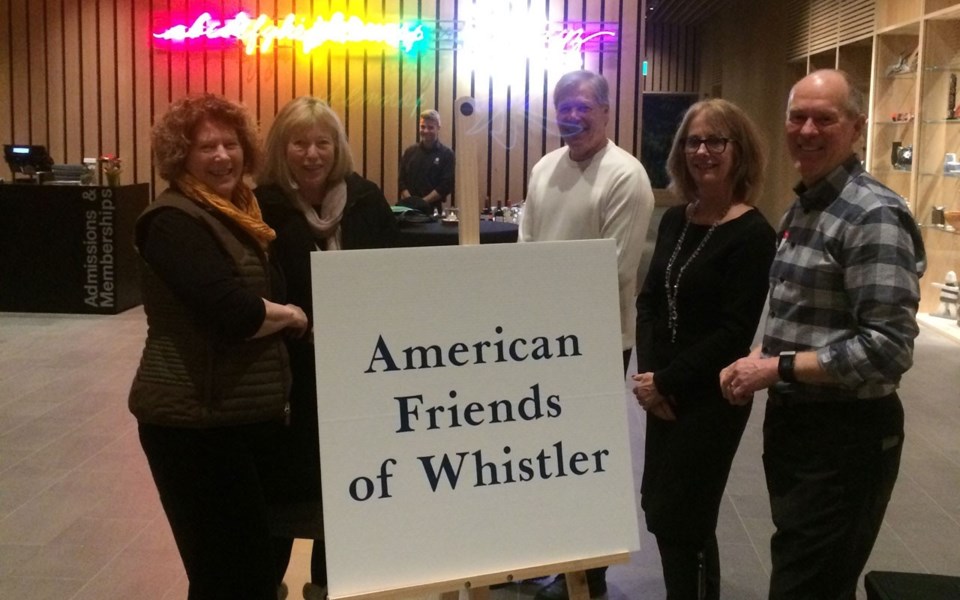 The American Friends of Whistler (AFOW), a U.S. charitable non-profit that has donated to a host of local causes over its nearly two-decade existence, has announced it is winding down operations.

"The American Friends of Whistler would like to extend sincere appreciation to all who have provided financial contributions to the association. It is hoped that past donors will continue to support such an extraordinary place," said AFOW president Gerry Brown in an Oct. 31 release.

In the statement, the AFOW explained that it had become "increasingly difficult" to find volunteers to replace the number of longstanding board members and officers that have left the organization in recent years.

"A lot of our board members, I would say probably three quarters of them, have been on the board since the beginning, so 17 years," explained executive director Mary Forseth in a follow-up interview. "That's a long time. That's a commitment. Our lives are changing and things happen. We definitely have added some new members who have been awesome, but it's going to take more than just a couple people to do all the work that's involved on a board."

Forseth said that AFOW members would remain active in local fundraising efforts. The organization will also maintain its website, which will direct visitors to third-party non-profits in the U.S. that can help administer tax-deductible contributions.

The challenge for the AFOW has largely been a demographic one, as it has struggled to recruit younger members. Forseth believes that is at least partially to do with the ways charitable giving has evolved over the years, particularly with the rise of crowdfunding platforms that allow contributors to donate directly to a cause of their choosing.

"I think younger people have a different approach to how they support and do their charitable work. I think they're doing it; it's just in a different format," she said.

Along with formalizing the connection many visiting Americans felt for their second home, the AFOW served an essential role for local non-profits when needs emerged and other funding sources had dried up. An avid supporter of the local health sector, the AFOW, for instance, stepped up to fund crucial upgrades at the Whistler Health Care Centre, such as a new CT scanner and automated CPR device, when traditional funding sources failed.

"They were really good at personalizing what they did in terms of their giving," said Whistler Public Library director Elizabeth Tracy, who noted that the AFOW was instrumental in funding the library's revamped service model and renovation. "They were just very responsive, and I think the construct of the organization enabled them to be pretty agile in their response to the community's needs."

The Whistler Community Services Society (WCSS) has been an annual recipient of AFOW grants since 2005, receiving thousands of dollars for the food bank and other social-service programs. Acting WCSS director Lori Pyne said the AFOW "pretty much singlehandedly" funded its popular Birth, Baby and Beyond program, which offers confidential, free doula counselling to expectant and new mothers.

"We've seen increased visits and increased costs in these programs, so it will affect us, however, we are super motivated to keep the programs going because we often see a waitlist for Birth, Baby and Beyond," Pyne said. The WCSS will, however, receive support over the next year, as it has been selected by the AFOW to receive a one-time gift upon its dissolution, Pyne added. For more information, visit afow.org.