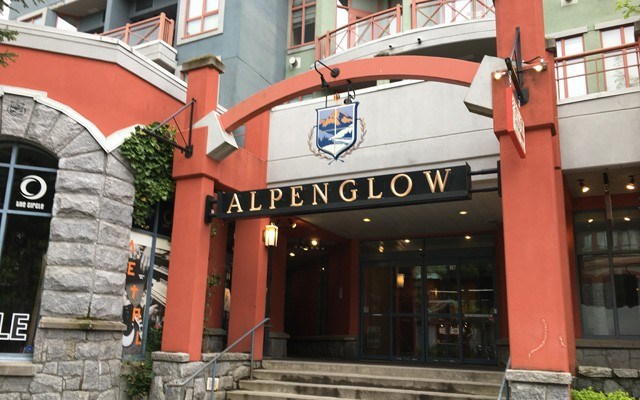 Value amended Some owners at the Alpenglow strata are concerned about a zoning bylaw amendment they say will devalue their properties. photo by braden dupuis

Some owners of Phase 2 properties in the Alpenglow strata in Whistler Village are speaking out against a proposed zoning bylaw amendment that they say will crater the value of their properties.

The amendment seeks to reaffirm a Resort Municipality of Whistler (RMOW) policy around booking systems for nightly rentals.

If passed, it would reinforce the requirement that all nightly rentals in stratas operate under a single, front-desk booking system.

The RMOW maintains that the amendment doesn't change the rules around Phase 2 properties, but reinforces existing policy around such units having a single-booking system.

Under an RMOW Phase 2 rental-pool covenant, owners are restricted to a total of 56 days of use (28 days in summer and 28 days in winter). The covenant states that for the remaining days, the unit must be placed into a bona fide rental-pool company for rental to visitors.

"They're taking away all of our ownership rights, all of our management privileges, handing them away to larger third-party corporations and not giving us any say in what is being done with our units," said Brandon Smith, an Alpenglow owner for the past five years.

The Alpenglow is one of the only stratas in Whistler not currently operating under a single-booking system.

The RMOW said it is also aware of long-term rentals in Phase 2 units at the strata.

How it has been able to operate outside of covenant restrictions for so long isn't entirely clear, but two owners Pique spoke with said the strata bylaws were previously challenged, successfully, by an owner.

A strata manager for the property was not able to comment before Pique's deadline.

Smith estimates the move to a third-party booking system will cost him and other owners an additional 30 to 50 per cent in overhead costs.

"Why are they doing this? That's the biggest question, is why, after years and years of us being able to manage our own units and having individual owners, why do they want to centralize it now?"

With the amendment, the RMOW is essentially hoping to supersede the strata bylaws, bringing Alpenglow in line with how other Phase 2 properties operate.

The stated goal is to maximize the number of people able to visit and stay in Whistler.

The bylaw is one result of a year-long review of Whistler's tourist accommodation offerings, which was presented to council at its May 23 meeting.

A requirement for nightly rentals to obtain business licenses was also put forward as part of the review.

The proliferation of illegal nightly rentals on the market has caused the rates legitimate owners can get for nightly rentals to plummet, said Lina Jakobs, owner of Whistler Home Holidays and two units in the Alpenglow.

"(They're) renting at rates so low that we've had to follow. So Alpenglow units, you can get them for $100 a night — why? Because there is a million other options on the market that are $100 a night that are illegal," Jakobs said.

"Unless those illegal accommodations are out of the market, we would never make enough money to operate the properties in the Alpenglow with a manager."

Before the RMOW tackles legal rentals — making them pay for a business license on top of Tourism Whistler fees and property taxes — it should find a way to deal with illegal nightly rentals, Jakobs said.

"Because right now we're struggling to make things meet by competing against all this illegal stuff," she added.

Jakobs is no stranger to the effect of illegal rentals in Whistler, having been in the local market since 1995.

In the mid 2000s, she was forced to sell three houses in seven years as illegal rentals became more common.

"I couldn't keep them going because of the illegal rental problem. I had to sell them, and I sold two at a loss," she said.

"So I have a real thorn in my side with this issue."

Pamela Nielsen, another Alpenglow owner, said she's owned in the strata since 2004, and has rented out her unit consistently with no front-desk booking — and no problems — ever since.

"This whole idea that we don't provide a good enough product, if that's their problem, that's a false statement in my mind," she said. "Every homeowner I know of takes better care of their property than the property management companies do."

And given its unique situation, units in Alpenglow are some of the only Phase 2 properties that have increased in value in recent years, with some properties going for twice as much as similar units in other stratas.

"That's just going to drop that in half overnight (if the bylaw passes). So do I sell it today or do I wait and see what happens with this bylaw and lose half my value in it?" Nielsen said.

"I don't really see (the bylaw) affecting any other Phase 2 properties, so I'm just wondering why they are picking on us. Why do they care? And was it worth their time and effort to attack one building in the village?"

Nielsen added that she'd like to see all Phase 2 properties get out of their mandated ties to property management companies.

"It's ridiculous. As long as they're being rented nightly, why can't they do it themselves?" she said.

Whistler Mayor Nancy Wilhelm-Morden said the accommodation review was undertaken to get a better sense of what was happening in the rental-market pool, and ensuring covenants were still effective and were doing what they were intended for.

"It's critical that we have tourist accommodation continuing to be available in the village," she said.

"Whistler is successful to a large extent because it's been a very carefully planned community, and the role of Phase 1 and Phase 2 covenants is part of that plan, and that's why we revisited them again with this study, was just to make sure that the reason for them, the rationale for them in the first place, still exists, and it does."

The mayor also doesn't agree with the argument that Alpenglow owners rights are being taken away, "because they're still not operating the way they are legally required to operate," she said.

"So if someone purposefully buys a unit knowing what the restrictive covenants say on it, and decides to ignore them, that's a problem."

A public hearing on the amendment is scheduled for June 6 at 6 p.m. at the Maury Young Arts Centre.

"I would encourage them to come to the public hearing or to write or email us and let us know what their views are," Wilhelm-Morden said.

"I think staff did a pretty good job, a comprehensive job, in preparing the report. There is a lot of information in it, but they may not have thought of everything, and it's always good to hear what people have to say who may not agree with the report's recommendations."