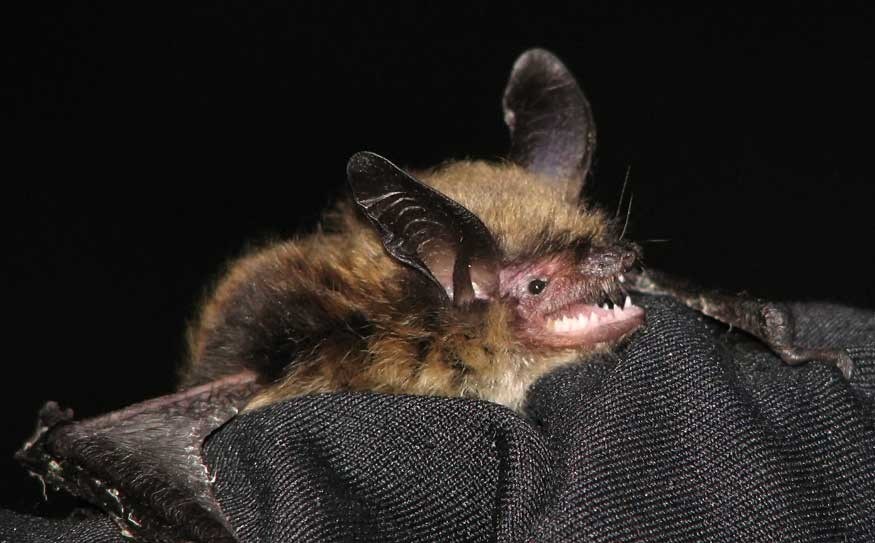 There is something strangely compelling about bats, which may be why most people have strong memories and equally strong opinions about them.

The fearful folks worry about rabies, bats roosting in their hair and property damage. The utilitarians hope increasing the number of bats will reduce mosquito populations. And the aficionados will do anything possible to learn more about bats and get closer to them (they're often the ones sporting bat-themed jewelry and tattoos).

This is a big week for bats in Whistler, and especially for their fans.

A six-night survey that started on Monday will culminate in a public bat presentation following the Whistler Naturalists AGM on Saturday night, June 9th (details below).

This will be the third bat survey conducted by the Whistler Biodiversity Project and it's the biggest yet. We already know eight different species are here, and that another one or two are likely. But there's still a lot we don't know about bats in Whistler, or how to protect their habitats.

Part of this year's survey is looking look for the two species we haven't yet confirmed. More importantly, we want to learn more about the two critical habitat types: (a) where bats roost; and (b) where they forage for food.

Trapping is the most reliable way to identify species and is necessary to determine such things as gender and whether females are lactating (and therefore have young). It is best for the little bats (Myotis species) that fly close to water or the ground.

Sound recordings are an efficient way to expand the survey.

A number of recorders are set up and left for one or two nights in a variety of habitats.

How do they work? Different species emit sounds at diagnostic frequencies. Size and frequency are also related: the smaller the bat, generally the higher the frequency (sometimes over 50 kilohertz).

Often the recordings can be identified down to the exact species that made the sound, or at least to narrow the guess to a few bat species.

These recordings are much more efficient than trapping, especially for the large bats. Less painful too, according to lead researcher Cori Lausen. Bats bite while they're being released from a net. Small bats nip but Lausen knows big bats can draw blood.

We are also adding an exciting telemetry component to this year's project, thanks to support from the Community Foundation of Whistler and the Resort Municipalty of Whistler.

We will be tagging five bats with transmitters like those attached to bears, only a lot smaller. The transmitters will hopefully show where bats roost as well as some of their daily movements.

Results from the survey will be published in a future edition of NatureSpeak and also online.

The "Bats and Biodiversity" presentation starts at 7:30 p.m., June 9, following the Naturalists AGM (7:00-7:15 p.m.) at the Legends Hotel, Creekside. If it's not raining we will follow with an outdoor event at Alpha Lake Park.

That portion of the night will begin at roughly 9 p.m. but we don't expect to actually catch any live bats before 9:30 or 10 p.m.

For details and updates visit www.whistlernaturalists.ca or contact me at bob@whistlerbiodiversity.ca.

Also check out the Annual Breeding Bird Survey Walk in Pemberton, Saturday June 9th. Join experts and neophytes for an avian tour of Pemberton. Meet at the Pony Espresso at 8 a.m.