Budget discrepancy shows disconnect between Whistler council and library board
Dec 31, 2010 7:07 AM By: Stephen Smysnuik 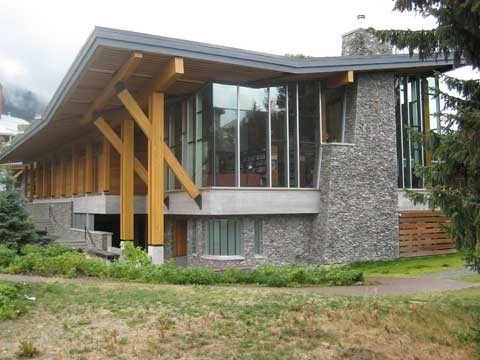 The library board says they need $54,000 to maintain current operation levels, but budget staff at the RMOW said that the number is actually $26,629.

Lisa Landry, general manager of economic viability, said she doesn't understand where the library is getting their numbers.

The library board has claimed the remaining $28,000 stems from higher-than-expected energy costs.

Whistler council passed a resolution at their Dec. 21 meeting for municipal staff and the library board to sit down together, hammer out exactly what the shortfall is and knock around some ideas for ways to cover it and keep the library open on Sundays.

But according to those who will be involved in it, this discussion should have taken place months ago.

"There's a lack of communication between the library board and council, for sure. I talk to the municipality, to my general manager, about this all the time. The staff at the hall has known about this since October," said Lauren Stara, library director.

Stara said she "can't answer" why this disconnect exists.

Neither can Councillor Chris Quinlan, who raised the motion for staff to sit down with the library board.

The library board has said they have cut spending down to the bone and only the municipality can save them. Council is saying there needs to be some creative decision making on the part of the library board, with the help of municipal staff, in order to cover the shortfall.

Budget staff took all department budgets from 2010 and added four per cent for the upcoming staff wage increases. Landry said the increases are generally around three per cent, so if they apply that percentage to the four percent increase to the budget "you could say the step increases would be less than $26,000."

So what will come of this meeting between municipal staff and the library board?

"Nothing," said Councillor Ralph Forsyth, who is the council representative on the library board.

"I've seen this movie before. We pontificate and make all these grandiose statements and, 'Let's work together.' We know that the work's already been done. The library board has spent hours, the mashing of teeth, the wringing of hands to figure out how we're going to solve this problem."

He added, "Communication is a two-way street and one party needs to listen. And that's council."

"We're totally open to anything that they can come up with," said library board chair Alix Nicoll. "We've scraped the barrel as far as we possibly can do, which is why we're going to close the library. We don't have an option to put up prices because we don't charge anything."

The Whistler library is facing an issue haunting many others across North America: municipalities don't necessarily have the money to be funding 100 per cent of the operating costs in this new economic climate. This raises the issue that Councillor Eckhard Zeidler commented on at the Dec. 21 council meeting - perhaps the expectation that taxpayers are the only funding source for libraries should be examined.

On one hand, the library board represents the traditional view (and legal view, as articulated by the Library Act) that all libraries should provide information free of costs.

On the other hand, the RMOW administrative staff is telling the library board to find other ways to cover that shortfall, even if it means selling out their "free information" principle in exchange for keeping the library open seven days a week.

One way to do this may be to charge for Internet usage on library computers.

According to the Library Act, a library cannot charge its members for borrowing its materials and must provide free access to all reference materials. The Act was written long before electronic information was a reality, so charging for time on the Internet is not explicitly covered. The Act is currently under revision, but it could take years for a full revision to be completed.

In any case, the library board views an Internet-usage fee as against the spirit of the Library Act. It goes against their philosophy that all information should be freely available to everyone, although they currently charge non-residents $1 per hour after the first hour.

This lies at the heart of the discussion ­- if the library is unable or unwilling to charge for any of its services, then there's no way for the board to resolve the shortfall. They've cut where they can cut and now they've left the ball in council's court.

But Quinlan - who echoes municipal reasoning - said there needs to be some contribution from people who use library computers. Unlike books and DVDs, which have only one cost at the time of purchase, computer usage has monthly energy and Internet costs. In the municipality's view, the library may need to make certain sacrifices if it wants to maintain current operations.

"A computer draws a huge amount of power, a phenomenal amount of power, and there are a number of computers in there," Quinlan said. "There has to be some sort of contribution for that amenity. If someone has a laptop that they're going to plug into the (wireless) Internet, that's different, but to actually go and draw power and have the use of the Internet, and that is all subsidized by the taxpayers, then we have to look at things that are outside of the box."

Stara admitted the board hasn't exhausted every creative avenue to make up the shortfall, but they have made cuts everywhere they possibly could. She said the library can't fundraise for "things like salaries and utilities," but there is nothing in the Library Act that explicitly prohibits it.