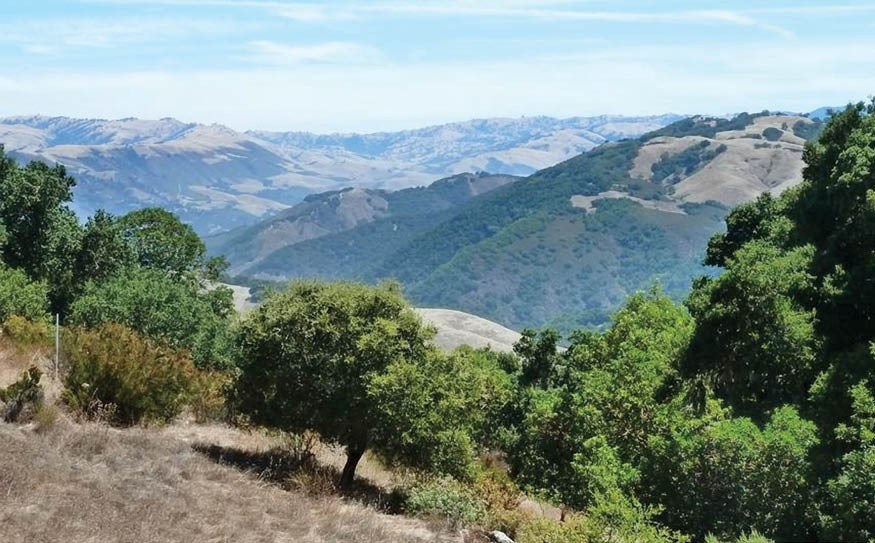 For millennia, Colorado's Yampa River Valley has followed the rhythms of wildlife mating and migration, the habits of elk and grouse and bear. The arrival of ranching in the 1880s altered the pattern a little, but radical change didn't occur until the last half of the 20th century. That's when the big ranches began to be broken up into small ranchettes and vacation-home lots, the kind of low-density exurban sprawl responsible for habitat fragmentation across the West.

Desperate to preserve Routt County's character, in the mid-1990s its commissioners fought to pass Land Preservation Subdivision ordinances, or LPS. It was an early form of conservation development, an increasingly popular land-planning tool that develops part of a property to fund the preservation of the rest.

Conservation development is usually regulated at the county level. Ordinances encourage developers to cluster houses on a portion of land and leave 40 to 80 per cent of it as open space, and often give a "density bonus" for such clustering, allowing up to 70 per cent more housing units per project.

Such developments typically sell well and command premium prices. They feel in touch with an agricultural past, where people can live within walking distance of hiking trails and fishing ponds. And they've found favour across the West: The passage of such ordinances took off in the 1990s and has more than doubled in the last decade.

They seem to offer a way for mountain communities to have it all. A 2011 study estimated that conservation development has preserved nearly 10 million acres across the U.S. since the 1960s. But questions about its effectiveness remain: Is that open space really helping to maintain biodiversity?

"The key to integrating nature and urban growth is scale," says Armando Carbonell, chair of the Department of Planning and Urban Form at the Lincoln Institute of Land Policy in Cambridge, Mass. Local land planners and developers, he says, need to understand both the ecosystem context and the ecological consequences of their actions.

Sarah Reed, a conservation biologist with Colorado State University and the Wildlife Conservation Society, co-founded the Center for Conservation Development at CSU in fall 2010 to assess county development choices and their ecological consequences.

In 2010, Reed and her coworkers examined land-planning ordinances in all 414 counties of the 11 western states. While over a third of the counties had regulations that promoted some form of conservation development, many did so in ways unlikely to preserve critical wildlife habitat or other natural values. Few promoted land stewardship, or ensured that open space parcels were contiguous within or among developments.

One of the biggest issues, Reed concluded, is the quality and type of data used to create the conservation design. Her preliminary results show that only 13 per cent of the West's conservation development ordinances mandate a study of the property's ecological attributes. "There's no reason to believe that (the land that) got protected is any better than what got developed," Reed says. In contrast, she points to Routt County, which specifically requires developers to identify and avoid "Critical Habitat of Threatened and/or Endangered species, including nesting, roosting, mating, birthing and feeding areas."

Then there's the question of who manages the conserved land once the houses are built. Reed found that few ordinances require any sort of post-development oversight: That's left up to homeowner associations. Some make weed control, wildfire reduction, habitat restoration and riparian management a priority and set up funding; others don't. And there are other flaws; Wyoming and Colorado, in particular, are notorious for allowing reserved land to be reopened for development after 65 and 40 years, respectively.

Another problem is lot size. In 2011, Reed examined 372 conservation developments in Colorado and found that the average total size of a single project was 203 hectares, with varying amounts set aside as open space, mostly in small, scattered parcels. A 2006 study of developments near Boulder with open-space parcels ranging in size from 80 to 200 hectares found that they were no different in terms of wildlife variety than traditional exurban sprawl.

"We should have been seeing vesper sparrows, grasshopper sparrows, the specialized species of conservation interest," says ecologist Buffy Lenth, the study's lead author. Instead, she and her coworkers saw starlings, grackles and robins, the same old generalist species and invasives that characterize the fragmented habitat of traditional development. The reason was not entirely clear. Lenth suspected heavy use of the open space by residents and their pets might be a factor, along with its small size and a design intended to maximize views rather than conservation.

All of these issues contribute to a growing sense that clustered development is not living up to its promise. "I've watched the Land Preservation Subdivision program as it was developed and used over the years, and from a habitat preservation standpoint, it's not great," says Jim Haskins, wildlife manager with the Colorado Parks and Wildlife Steamboat Springs office in Routt County.

Marabou Ranch, one of the newest and most upscale LPS developments in Routt County, offers hints as to where the problems might lie. The 695-hectare subdivision five miles west of Steamboat Springs fulfills Routt County's guidelines to the letter and circumvents many, but not all, of the issues identified by Reed. It has reserved 217 hactares as open space; a lot map in the sales office marks the location of a lek site for Columbian sharp-tailed grouse and an elk-calving area, both of which are off-limits to development and subject to seasonal closure. A resident manager is responsible for stewardship. But 62 homesites are scattered throughout the site; the open space, though large, is fragmented, with lots of edges. The sensitive habitat is at the edges of the property; the lek lies along the road and the calving area is crowded by homesites.

Carbonell tends to blame the way such developments are originally planned. "It's important (for planners and developers) to start interacting before a design gets finalized. In the absence of understanding how watersheds work, or how an ecosystem works, you can get development patterns that are not terribly functional."

Not surprisingly, the projects that have done well on an ecosystem scale are enormous, built by developers with deep pockets and a grand vision. Santa Lucia Preserve, Calif., is 8,000 hectares, with 7,300 hactares permanently conserved. Galisteo Basin Preserve outside of Santa Fe, N.M., is 5,472 hectares, with more than 12,800 acres of open space. Highlands Ranch, Colo., is 8,903 hectares with 5,261 hectares preserved, including a "backcountry wilderness" of 3,318 hectares that supports an elk herd.

However, it is possible to achieve landscape-level results through interaction and flexibility. Just west of Salt Lake City, Utah's Tooele County specifically requires that at least 75 per cent of a development's open space lots "shall be in a contiguous tract" and "adjoin any neighboring areas of open space." Douglas County, Colo., is currently amending its regulations to mandate formal community meetings before a project is finalized. Then the development can better meet the conservation goals articulated in the community's master plan: Wildlife corridors and open-space parcels can be planned so that they align, watersheds can be protected along their length, and development can be steered so that it clusters along major roadways and population centres.

"Watersheds, ecosystems, migration patterns can be functional in close proximity to people and cities," says Carbonell. Conservation development is just another element in the planning process. Reed recommends that the open-space parcels be big enough (she is currently seeking funding to determine the best size), and that they minimize edges and be properly monitored and maintained. The entire project should be surveyed at the start to identify critical habitat, and the development should be planned around it. Finally, the open-space parcels should communicate with other natural areas outside of the development.

Ideally, Reed says, each community should develop a vision that manages growth while protecting critical areas and corridors for biodiversity — and then use "conservation development as one way to attain that ideal configuration."