Artificial turf field could cost up to $6.2M

Soccer users continue to increase, but is recreation a big-money priority?
Dec 8, 2016 6:55 AM By: Braden Dupuis 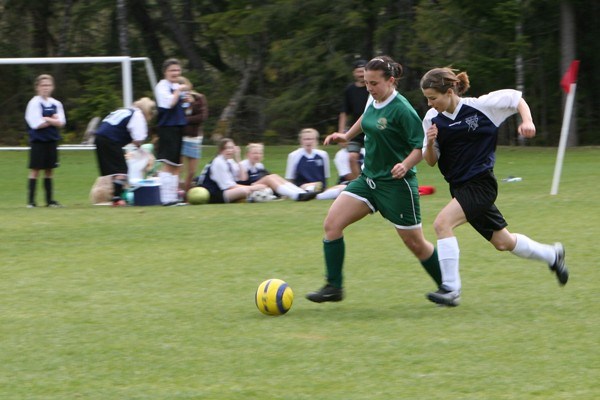 The question arose at a Committee of the Whole meeting on Dec. 6, in which the results of a turf needs assessment for a new artificial turf soccer field were presented by staff.

The field is estimated to cost between $4.2 million and $6.2 million, and would extend the local soccer season by about 40 per cent, from 21 to 35 weeks.

"It would add over 1,300 additional hours — 250 prime time hours," said Martin Pardoe, manager of resort parks planning, in his presentation.

"It would provide a field of play standard comparable to and expected by players from other jurisdictions, as well as high-performance training, and offers some poor-weather certainty."

The fields at Myrtle Philip — Whistler's most-used fields — are very near their maximum capacity during peak times, Pardoe said.

"There are horticultural standards that recommend approximately 250-hour year-or-season use for soccer, and North Vancouver has a limit of 250 hours," Pardoe said.

"In past years we've exceeded 500 hours on our fields, and that doesn't include the school district hours."

The pressure is coming from a rapid increase in soccer players at all ages.

The Whistler Youth Soccer Club has grown 23 per cent over the last five years, increasing from one rep team to five.

Adult soccer, meanwhile, has been capped at eight teams due to lack of field space.

"We feel that participation levels are constrained by lack of hours, (and) we feel that demand is anticipated to increase over time... A new facility would provide opportunities for other users and eliminate over-use issues."

Annual operating costs for the new facility would be between $25-$35,000. Similar fields in the Lower Mainland that are used 12 months of the year have a 10-year life span.

After the presentation, Coun. Sue Maxwell questioned the need for a multi-million dollar soccer field.

"If we look at the Whistler 2020 indicators, we see that we are failing in housing and affordability and water use, energy use, the amount of waste generated, and we're not really moving very quickly on those fronts," she said.

"I kinda feel that it would be a bit awkward to spend eight-to-10 per cent of our existing reserves on something that everybody is very happy with: the amount of recreation opportunities that we have."

Maxwell floated the idea of having a referendum on the issue, though Mayor Nancy Wilhelm-Morden said she is not a fan of referendums.

"We have a referendum every four years, and it's called an election," she said. "But Whistlerites are not shy about expressing their opinions, and if we put it out there that we're looking at an artificial turf soccer facility, we will hear about it. There's no question about that."

Soccer fields are graded according to field quality and support facilities. An artificial turf field with lighting, a field house and washroom would be considered class AA.