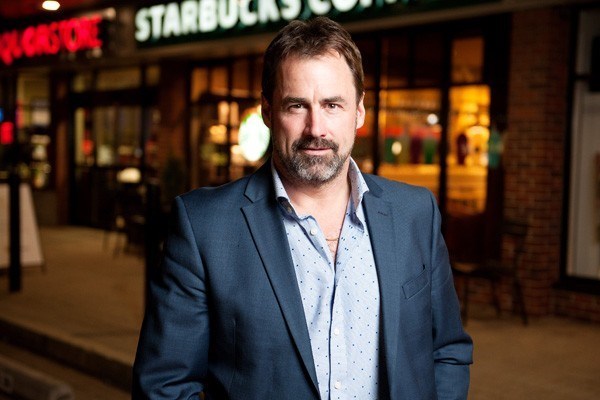 Jordan Sturdy on election night 2017 after winning his second term. With the final count from last month's provincial election complete, Sturdy is poised for a third term in 2020. File photo by David Buzzard/www.media-centre.ca

If you’ve ever been cynical about the power of your vote, final provincial election results in the West Vancouver-Sea to Sky riding may harden your resolve at the ballot box.

As 7,000 or so mail-in ballots were counted over the weekend, Liberal incumbent Jordan Sturdy closed a 600-vote gap to overtake the Green Party’s Jeremy Valeriote, finishing the final count with a 41-vote lead.

A judicial recount by the Supreme Court will follow (the timing of which will be determined by the court, ElectionsBC said in a release).

“Not that I ever have, but I will never again accept the statement that my vote doesn’t count,” Sturdy said with a laugh, when reached by phone on Nov. 9.

“Because clearly every single vote counts, and campaigns matter.”

While Sturdy stands as the narrow victor for now, “I’m certainly not celebrating yet,” he said.

“It’s flipped once, it could flip again.”

For Valeriote, watching the final count was a rollercoaster. Reached by phone Nov. 10, the Green candidate said he watched the count in person on Friday, and went to bed knowing he had a solid lead.

“I didn’t attend on Saturday, so when I got a call saying it tightened up midday, I was surprised,” Valeriote said.

He did attend the counting of the final ballots, he said, and the moment the electoral officer announced Sturdy’s 41-vote lead.

“I just took it all in. I knew right away there would be a judicial recount. There wasn’t much else to say but to thank the election workers who worked really, really hard,” he said.

“It took a couple hours for me to properly process it.”

While there’s “always a chance” the recount flips things back in his favour, “I don’t think it’s a high chance,” he added.

“It’s obviously very close, and every vote counts, and anything is possible, but I’m realistic in knowing that it’s unlikely.”

Regardless of the results, Valeriote said he was grateful for the support he received at the polls and from volunteers.

“The campaign was very short. I did everything I could in the three and a half weeks once I became nominated as the candidate, and I’d just say I’m very optimistic for next time,” he said.

“I know more now, to be able to make those connections on an ongoing basis, and continue to talk about the Green message.”

Can voters expect to see Valeriote’s name on the ballot again?

“I have to do a better job in terms of helping people understand my advocacy for the Sea to Sky, and where I stand on important issues,” he said.

“I’m not sure that I was effective enough in that respect.”

Should he have the privilege of continuing to serve as MLA, Sturdy said his priorities will stay consistent: advocating for regional transit and transportation issues, recreation capacity and infrastructure improvements, and support for businesses as they manage COVID-19.

“It’s clearly going to be a very difficult winter for us, and it’s important that we continue to work closely with the federal government on support programs for the business community, as well as individuals,” he said, adding that he’ll be pushing for some of the government’s $1.5-billion recovery fund to go towards tourism.

“I’d very much like to see a hospitality- and tourism-focused set of programs or initiatives to ensure that we maintain the companies and the businesses and the workers, the staff, that are critical to making sure that our guests are well served.

“And I would say they are at risk.”

After the final count, B.C.’s NDP government holds a solid 57-seat majority in the legislature, while the Liberals hold 28 seats and the Green party two.

Find the final results at elections.bc.ca.