As grizzly bear population recovers and Whistler's trail network expands, so too does the chance for conflict 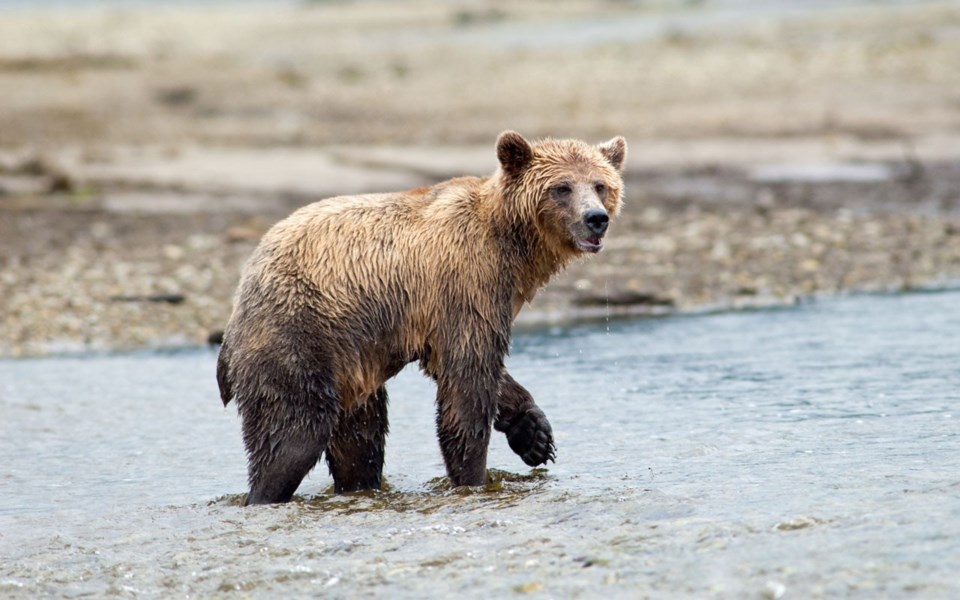 Whistler's trail network should be the envy of any avid outdoor recreationalist. But to the Sea to Sky's recovering grizzly bear population, the continued expansion of the resort's alpine trail system and the recent boom in backcountry use does not bode well.

That was evidenced on Friday, Sept. 14 when a group of hikers had a close call with a grizzly near Rainbow Lake, prompting the closure of the Sproatt alpine and Rainbow Lake trails—in addition to several other trails that were closed the week before.

"The bear approached (two hikers) and they managed to make some noise and create a bit of a diversion and walk to the outhouse at the other side of the lake, where they met two other hikers that stuck with them for safety reasons," explained Sgt. Simon Gravel with the Conservation Officer Service (COS). The hikers reportedly climbed a tree and threw rocks at the bear as a diversion. Conservation officers eventually arrived to escort the hikers out of the area safely.

At press time, the Resort Municipality of Whistler (RMOW), in consultation with a local biologist and the COS, have closed Into the Mystic; Lord of the Squirrels; Happy Hour; With A Twist; Rainbow Lake Trail; Skywalk South; Skywalk North; Kevin's Homerun; Screaming Cat Lake Trail; and the Upper 19 Mile Creek Trail.

Following years when it was unusual to hear of even a single grizzly bear sighting, in 2018, there have been several, along with a handful of encounters—including an incident on the Skywalk Trail two weeks ago that was similar to Friday's run-in with a grizzly.

Years of recovery efforts have helped bring up the region's grizzly numbers—which biologists peg at between seven and 12 bears from Sproatt to the Squamish Valley—but it's the surge in trail use that is the biggest contributing factor to conflict, believes Gravel.

"All the recovery initiatives have been successful and (the numbers) are improving, so we have more grizzlies—but we don't have a hundred more grizzlies, we have a few more," he said. "We have a lot more people using those trails, so that's a big factor. We'll have to come up with some strategies to reach out to those visitors, make sure they're aware they're going into grizzly country and how to behave and how to avoid conflict. There's a bit of work to be done there."

Grizzlies tend to be more protective of their food sources and their young than the more common black bear, said Gravel, urging the public to be prepared and remain observant when travelling through bear country.

"The biggest safety tip I can give to people, regardless of species, is to never travel alone and carry bear spray," he said. "Also, always be aware of your surroundings. If you end up walking in a huckleberry patch, there's a possibility of encountering a bear. You can be attentive to signs of bears as well, like scat on the trails, and inform yourself where you're going. If there's some recent bear activity, perhaps choose a different location."

Johnny Mikes, field coordinator for the Coast to Cascades Grizzly Bear Initiative, said a general lack of planning has contributed to the issue. "To date, there's been a lot of really good people who are really strong trail enthusiasts, whether bikers or hikers, and I think that enthusiasm for trails has driven the creation of trails in bear habitat, but there hasn't, to date, really been the planning to go into it," he mused. "Are all those trails a good idea? Could they be located differently? ... What planning are we doing to make sure that both people and bears are going to be safe?

"The municipality is hopefully starting to get the message, but historically to date, that hasn't happened."

In response, municipal CAO Mike Furey said the RMOW has worked with the appropriate provincial authorities on bear management.

"All the provincial ministries that are involved ... have their input and give guidance," he said. "I think it's unfair that they're directing those criticisms."

Mikes added that, with the municipality's support of a recent trail expansion onto Sproatt, it has a responsibility to "also contribute to a resolution of the issues it helped create."

"It's not inconceivable that there may be pressure to allow 10,000, 15,000 people on that trail network. The genie is out of the bottle, so how do we control that, how do we manage that and how do we do something that still works for bears, and has to work for bears, that will still allow people some degree of a recreational experience?" he added. "It's a good lesson for thinking about what we need to do in advance the next time we think about expanding a trail into (grizzly) habitat."

-with files from Braden Dupuis