Asphalt plant woes not over

Businessman Frank Silveri complains of "vigilante move" to cut him out of contracts
Jul 29, 2012 10:02 PM By: Alison Taylor 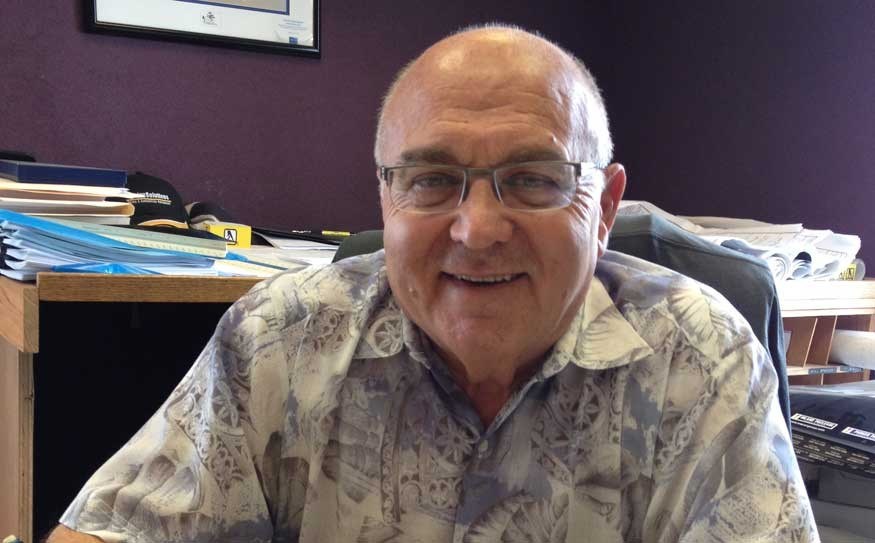 Longtime Whistler businessman Frank Silveri, owner of the town's only asphalt plant, feels like he has a target on his back.

And that bull's-eye is costing taxpayers money.

"These people seem to be hell-bent on trying to put me out of business," said Silveri this week, speaking out candidly for the first time. The frustration he feels has grown out of his ongoing battle with the municipality as he tries to operate his long-running business, Whistler Aggregates, beside the Cheakamus Crossing neighbourhood — built for the 2010 Olympics beside his asphalt plant.

His latest beef is what he terms the "unfair" tendering process for this year's municipal roads and trails contract, which stipulated that any asphalt for that contract must come from a plant at least three kilometres away from any residential developments.

Silveri called it a "vigilante move" — a precedent-setting requirement that he said could have sweeping ramifications across the province, as well as for other businesses in Whistler.

The simple sentence in the tender, issued on May 24, cut out his Whistler plant from the contract, even with its new $2 million air quality upgrade.

And when he offered to cut $55,000 from the $666,000 job if he could use the Whistler plant, Silveri was rebuffed; the work will be done out of his Squamish plant instead.

"I'm a taxpayer and these are my money managers? Pretty sick," said Silveri of the decision to spend more money to truck in the asphalt. "Does the rest of Whistler like that? It just doesn't seem to make any sense, to me anyways."

It makes sense to Whistler Mayor Nancy Wilhelm-Morden, whose council did a "cost-benefit analysis" of paying more for the asphalt to come from Squamish versus the savings in purchasing from the Whistler plant. Included in this discussion was how operating the Whistler plant would affect Cheakamus residents.

She explained that the tendering specifications were set in motion by the last council, which first tried to shut down Silveri's plant last year with a cease and desist order, then later turned to the Supreme Court of B.C. where the judge ruled that the plant was legal.

But that doesn't mean the municipality has to buy its asphalt from Silveri's Whistler plant, according to the mayor.

"It is something that the former council had initiated that we as a group we agreed with," said Wilhelm-Morden of the tendering specifications.

"There's nothing unfair about it. It puts everybody on an equal footing, to my mind... We're asking everybody who's got an asphalt plant outside of Whistler to put in a bid... If we as a council have weighed the costs and the benefits of paying slightly more for the asphalt in return, for perhaps, less noise and aggravation and air quality issues to the neighbourhood, well then that's completely within our mandate to do that."

Silveri isn't so sure about that. And he intends to find out if Council's stance is legal. It's not something that he particularly wants to do — he has spent about $200,000 on legal fees already — but he will question if he has a legal right to challenge this.

"If I can't operate and manufacture asphalt for a municipal tender, then why is Cardinal Concrete allowed to mix," questioned Silveri, referring to the nearby concrete plant in Function Junction. "He's within three kilometres. This is totally unfair. Totally unfair."

Cheakamus resident Tim Koshul, the voice of the anti-asphalt group, said this summer has been the quietest, most peaceful summer since he moved in two years ago. The plant has not been operational to date because of the ongoing upgrades.

"How can you put a price on public health and quality of life?" he asked.

Industry insiders are following the issue, said Paul Allard, executive director of the B.C. Stone, Sand and Gravel Association, of which Whistler Aggregates is a member. Allard also works for Silveri.

He's alerted several other associations to the wording that's been put in Whistler's tendering document.

"They should be very worried about how it's going to affect their members all around the province," he said.

Jim Allard, vice president of Allard Contractors of Coquitlam, a sand and gravel supply company, has been following the Whistler case closely, and said he's never seen a tender document like Whistler's for its 2012 reconstruction program.

"I've never heard of anything quite like that before," said Allard, no relation to Paul Allard.

"This is an extremely unusual, clever way of sterilizing Silveri's asphalt plant."

As the court case on the asphalt plant drew to a close, at a cost of roughly $600,000 to the municipality, council asked Eric Martin, who was in charge of building the neighbourhood, to negotiate with Silveri.

"It really, really shows how they are negotiating not in good faith, that's for sure," said Silveri. "They want to work with us, they said. Well, is this working with us, or against us?"

The tender process has strained those negotiations. And meanwhile the plant, once the new equipment is fully calibrated, will be operational for other contracts.

The municipal contract represents a quarter of the work done at the plant, even less when Whistler Aggregates is working on a big highways project.

"There's no hidden agenda here or that kind of thing," said the mayor.