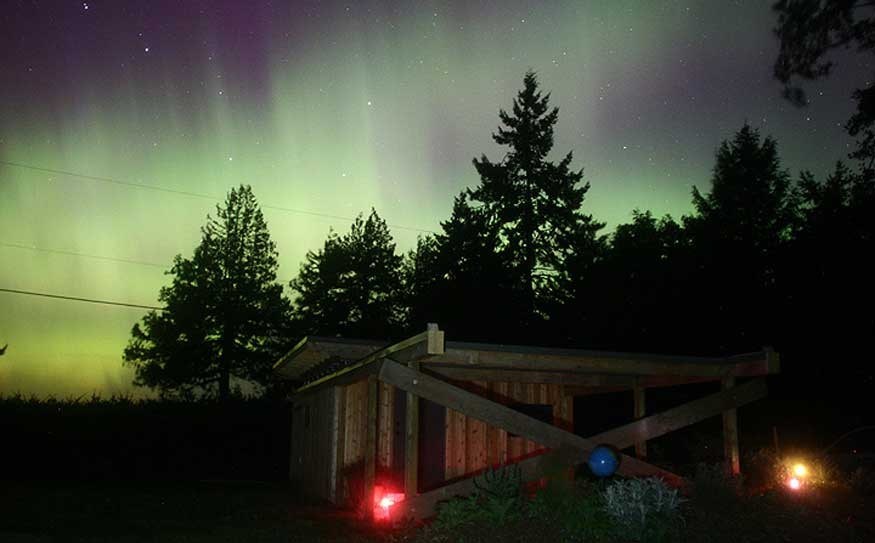 Local astronomers and night sky enthusiasts are encouraged to come out to the Whistler Public Library on Monday, Jan. 14 for the first meeting of the revamped Whistler Astronomy Club. The main topic of the first meeting is the winter sky, and if the sky is clear there will be an opportunity to take a telescopic look at Jupiter, the largest planet in the solar system.

Local astronomer John Nemy is hosting the event, inviting a nine-year-old to do a short presentation on Jupiter.

"We really want to try to get young people involved, that's really key for us right now," Nemy explained.

Nemy also explained the appeal of stargazing during the winter months.

"Our nighttime view of the sky changes as Earth orbits around the sun," he said. "In the winter from the northern hemisphere we can see many bright stars. This is because they are actually closer to us than the stars we see in the summer sky. We can also see out beyond our galaxy, the Milky Way, into the depths of the universe because there are fewer stars in this direction at the time of the year, revealing thousands of other galaxies.

"A presentation at the January meeting of Whistler Arts Council will explain what you can see in the current winter sky and how to find it overhead, including the planet Jupiter."

If stargazing is possible, Nemy said that even smaller telescopes will be able to make out cloud bands on the planet's surface at this time of year, as well as pick out some of the planet's 60 moons — including a few small moons recently discovered by Canadian astronomers.

There's no charge to take part and children and families are welcome.

As well as education, there's an advocacy side to the club. Nemy will take a few minutes at the first meeting to discuss the Friends of the Dark Outdoors, or FRODO — a once active Whistler group that lobbied against light pollution in the resort. "I'm just going to talk a bit about the history of FRODO, and we'll see where we can go with it," said Nemy.

Nemy is not sure how many people to expect at the meeting, but has noticed a huge increase in the media coverage of space in recent years with the discovery of other planets, Mars missions and other science. "It's been an exciting time for astronomy in the last five years or so," he said. "Considering what's going on around the world and with the economy, astronomy is still riding a wave of technology and exploration."

While some members are seasoned astronomers with large telescopes, Nemy said the goal is to make the club inclusive.

"The astronomy club," said Nemy, "is for anyone who wants to learn more about our universe, stargazing, telescopes, astronomy events and astrophotography."

Future meetings are already planned for Feb. 11, Mar. 11 and April 11, and in the future there could be special meetings that revolve around astrological events like eclipses or comet transits.