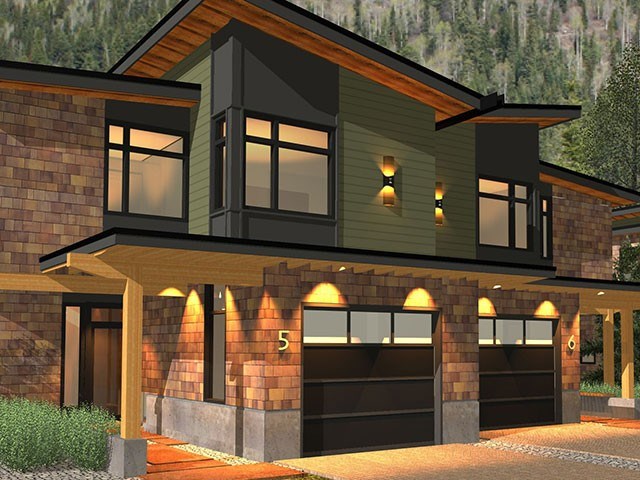 An artist's rendition of the future Athelet's Centre

Olympic organizers will not be asking Whistler for more money to meet additional budget increases on the high performance athlete centre in the athletes’ village.

The budget for the facility, which includes a gymnasium and a lodge, is now roughly $22 million — $6 million over original estimates.

“I think our estimate was light on that,” explained Dan Doyle, executive vice president of venue construction for the Vancouver Organizing Committee for the 2010 Games (VANOC), during last week’s venue tour.

In addition to the “light estimate”, Doyle said increases are also a consequence of escalating construction costs — an issue VANOC has been dealing with since it began its multi-million dollar venue construction.

Earlier this summer, at VANOC’s request, the municipality upped its contribution to the athlete centre from $2 million to $3.65 million. The money is to be used specifically for the high performance gymnasium, which had ballooned from $6.3 million to $11.45 million.

Doyle confirmed that the gymnasium and lodge facility cannot be built for the original $16 million budget and the lodging portion has also increased in cost.

“Yes, indeed, the price has gone up from our original estimates and it is in the order of $10 million now,” he said.

The money to pay for the shortfall will come out of VANOC’s contingency fund in its $580 million venue budget.

“We’re negotiating hard in this contract and expect to come up with a good price and expect to be able to get on and build the lodge,” said Doyle.

The centre is a key component of the athletes’ village during the 2010 Winter Games.

The lodge will house 200 athletes and the neighbouring townhouses will hold an additional 150 athletes, for a total of 350 permanent beds for high-performance athletes, as originally promised by VANOC.

It is not clear if the townhouses are part of the revised $22 million athletes centre budget.

When asked in the days following the site tour for clarification, VANOC could not confirm the final budget and if the townhouses were included because the construction contracts are still being negotiated and awarded.

The budgets could be released in the upcoming quarterly reports.

Work is slated to begin on the centre this fall.

“This year the lodge foundations will be going in,” said Doyle. “We’re building the lodge off-site and bringing the components in and putting them together here.”

The Whistler Athlete Centre will support athletes during the 2010 Games and will later turn into a permanent training facility. It will also be home to the local gymnastics club after the Games.

It will allow athletes to learn, train and live in a sport environment with low-cost accommodation.