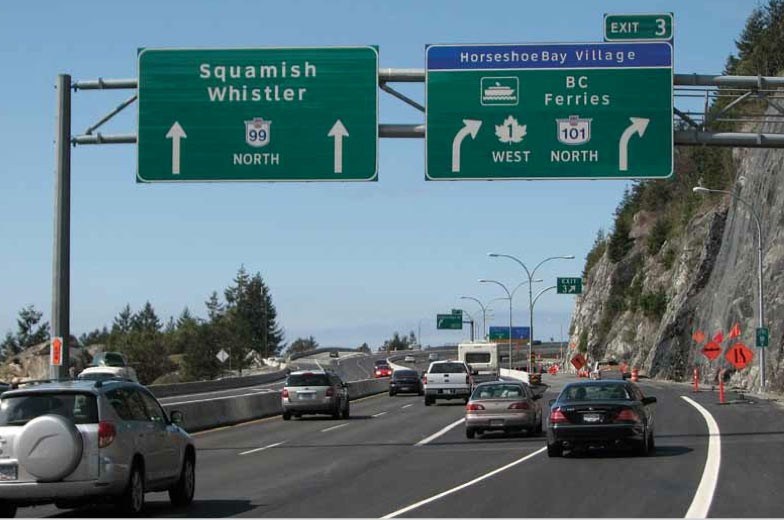 SIGNIFICANTLY SAFER According to the Ministry of Transportation and Infrastructure, the improved Highway 99 is safer now than it was in 2004. Photo Submitted

The objective of the Sea-to-Sky Highway Improvement Project was to increase the road’s safety, reliability and capacity and for the most part the B.C. Auditor General feels the mission was accomplished.

John Doyle wrote a report on the highway after his office did an audit of the public-private partnership (P3) project. In the report, his office questioned whether the project has delivered value for money.

Doyle pointed out that the Ministry of Transportation and Infrastructure (MOTI) has claimed the project has delivered value for money despite an apparent lack of data to back up the statement.

This is the response from the MOTI: “…the Ministry will report on indicators that demonstrate how the safety, reliability, and capacity objectives of the project have been met.”

No timeline for the response is provided but the MOTI has rolled out statistics it has gathered that support its assertion that safety objectives have been met.

“Ministry data clearly shows that there have been significant reductions in accidents on the Sea to Sky Highway since the main improvements were completed,” the MOTI wrote in a response to the findings of the report prepared by the Auditor General.

On the issue of highway reliability MOTI has indicated the system for measuring reliability has issues that are being worked out.

MOTI offers no data on highway capacity but the ministry has claimed the communities along the improved highway route are reporting that they believe “there have been economic development benefits and community growth as a result” of the highway improvements.

The auditor general also looked at the water treatment plant at Britannia, which was also built using the P3 model.

Doyle found that the government’s project objectives were met. He also noted that the bigger picture at Britannia needs to be examined.

"The Britannia Mine Water Treatment Plant Project is part of a larger environmental objective to complete remediation of the contaminated Britannia Mine site," said Doyle. "While government is addressing the immediate issue of pollution, it needs to demonstrate how it's going to achieve its long-term goal of site closure."

Check back for more from Pique Newsmagazine.